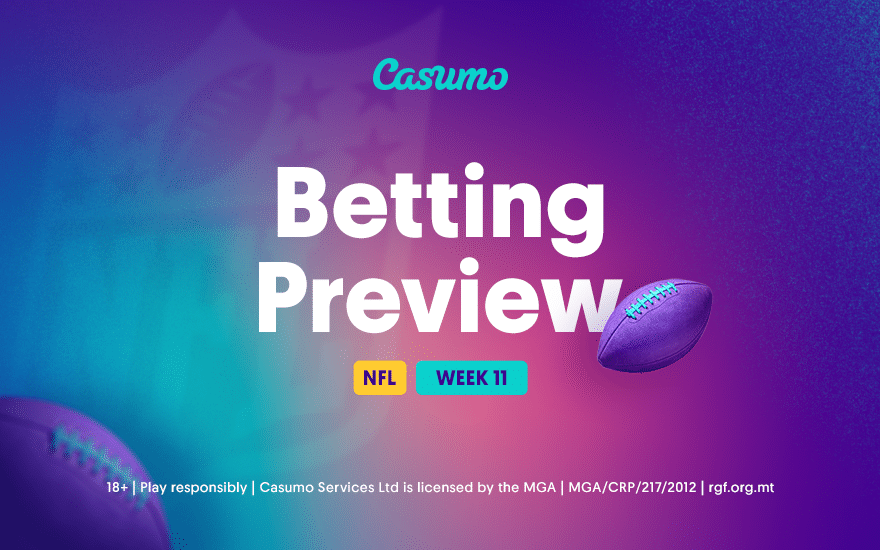 We are hurtling towards the playoffs and that means there are several exciting NFL matches to look forward to. The past few months have seen the likes of the Kansas City Chiefs and the Seattle Seahawks take charge in their respective divisions and they are set to lead the playoff race in January 2021. Some of the big matches to keep an eye on this coming week are the Seahawks v the Arizona Cardinals, the Las Vegas Raiders v the Chiefs and the Tampa Bay Buccaneers v the Los Angeles Rams.

Chiefs gunning for revenge against the Raiders

Revenge is a dish best served cold, as the old saying goes. When these two sides met last month, the Raiders completed a stunning comeback to prevail 40-32. Henry Ruggs made an incredible 72-yard touchdown, the Raiders put up 490 yards of total offence and the Chiefs were handed their first loss of the season. Since then, the Chiefs have remained undefeated and are 8-1 this season. The Chiefs, who beat the Carolina Panthers 33-31 on their last outing, will be feeling refreshed after a bye week.

Although they sneaked past the Panthers in their last match, one major concern for the Chiefs is that kicker Harrison Butker has been having problems with his conversion. In the win over the Panthers, he missed his sixth PAT. Coach Andy Reid will need to have a serious look at this, especially as his team has a tough run of fixtures to contend with before the end of the year.

Here are the Top 10 plays from the offense so far! pic.twitter.com/RE22B4TQ6R

The Raiders, who are second in the AFC West, have a 5-3 record and have gathered momentum over the past few weeks. Unfortunately, although they have invested more than any other team in bolstering their offence, their defence has been overlooked. The Raiders have had injury problems and have had the same group for just three plays all season. Nevertheless, quarterback Derek Carr isn’t unduly worried, insisting that the only thing that really matters is the results.

Despite a 44-34 loss to the Buffalo Bills last weekend, the Seahawks (6-2) are still in good shape and after a visit to face the Los Angeles Rams, they take on the Arizona Cardinals. With a short turnaround between those two games, it remains to be seen whether their two starting cornerbacks Shaquill Griffin and Quinton Dunbar will be fit for both of those clashes. Griffin has sat out the last two games with a concussion and a hamstring problem and Dunbar has a knee issue.

Seahawks need to get the Bills loss out of their system

While there have been plenty of positives to take from their season to date, the Bills defeat was a low point. Against the Bills, the Seahawks’ defence managed seven sacks but they were caught out at the other end. Seattle linebacker Bobby Wagner couldn’t conceal his frustration. After the game, he said: “We don’t have time to sit here and think about the past. We’ve got to get right and we’ve got to do better.”

The Cardinals, who came out on top by three points (37-34) when they last faced the Seahawks just a few weeks ago, have been trying to strengthen their defence. And they managed to do so earlier this week when they completed a deal for Johnathan Joseph. With Kevin Peterson (concussion) and J.R. Sweezy (elbow) both missing, Joseph will provide competition and he will also be a great influence in the dressing room during the business end of the campaign.

Joseph, who has been plying his trade in the NFL for 15 years, was traded by the Tennessee Titans, but his contribution before he was let go was invaluable. He made six starts and had an interception in each of the seven games he played. The Cardinals have needed depth and Joseph, who has made 192 career starts, is just the kind of player they need, so hopefully he will make an immediate impact against the Seahawks.

The injury list, however, has been piling up for the Cardinals and at the most inopportune moment. As mentioned, Peterson picked up a concussion injury against the Miami Dolphins earlier this month in which they lost 34-31. Against the Dolphins, they were without three of their top four corners, while Byron Murphy (COVID) and Dre Kirkpatrick (thigh) are out of action. The Cardinals also signed veteran Prince Amukamara, who is in the practice squad, but he is still awaiting a first-team appearance.

The Cardinals have some big game players who are making them contenders to win the Super Bowl this season. You only have to look at Kyler Murray, who has really stepped up to the plate in his second season with the squad. The quarterback has impressed with his display and he has rushed for 543 yards on just 76 attempts (equates to 7.1 yards per carry). For this stat, he ranks eighth among all players in the NFL for rushing yards. And to add to that, he has eight rushing touchdowns to his name.

If we take a look at Murray’s passing stats, these have also been quite impressive. Murray’s 2,130 yards put him 12th in the NFL and he is ninth for throw completion (68.1%). Murray has shown how much he has grown in such a short space of time and he can change games very quickly. If anything, he adds another dimension to the Cardinals and he will be one player that the Seahawks need to ensure they pay close attention to.

We’ve got two NFL specials for this weekend