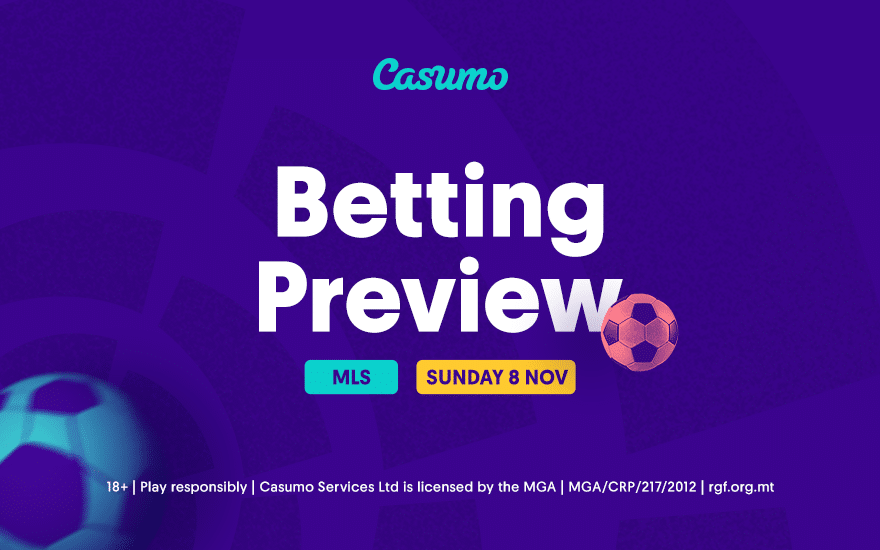 As the Major League Soccer play-offs draw even closer, we have several tantalizing games on offer over the weekend. There is still plenty to play for and there will inevitably be some twists and turns over the coming matches. Here, we will focus our attention on two key games – Philadelphia Union vs New England Revolution and New York Red Bulls v Toronto FC, which will have implications on the seedings for the play-offs. We will chew over the injury news and take a closer look at the betting odds.

Red Bulls look to get back to winning ways

Of the crunch clashes this weekend, there are few bigger than New York Red Bulls v Toronto FC. In the previous clash last month, Red Bulls rescued a point when Caden Clark equalized with 13 minutes left of normal time. The Red Bulls have already qualified for the post-season playoffs for an 11th consecutive year while only goal difference separates Toronto and Eastern Conference leaders Philadelphia. The Red Bulls punched their ticket with a 1-0 win over the New England Revolution, although they will be looking to get back to winning ways after drawing their last three games.

Alejandro Pozuelo could put Red Bulls to the sword

The encounter between Toronto and Red Bulls could well be very open and entertaining. Red Bulls head coach Gerhard Struber – who previously managed Barnsley – has modeled his side around the revolutionary tactic of “gegenpressing” which involves pressing up the pitch and holding a high defensive line. Pozuelo – who has weighed in with nine goals in the MLS this season – has been instrumental and is one of the top assist providers too with10. His trickery and guile could prove problematic for the Red Bulls. Toronto FC have lost just four of their 22 games this season and have been formidable.

A classic in Union v Revolution

Moving on to the Philadelphia Union versus New England Revolution clash, this has all the ingredients of being a classic. Union have been in flying form and they have netted at least two goals in each of their past three matches. They made history as a club by clinching a berth in the CONCACAF Champions League for the first time. The Revs, meanwhile, have been more scratchy with their form, winning just one of their past four MLS games.

Tale of the tape and important injury news

Union will lament the loss of goalkeeper Andre Blake who has been central to their rise to the top of the Eastern standings. Blake had kept eight clean sheets from 21 starts, but the 2016 MLS Goalkeeper of the Year suffered a fracture to his right hand in the recent 2-1 victory over Chicago Fire and he was replaced by Joe Bendik in the 90th minute of that victory. Whereas the Revs have been given a boost as Carles Gil has returned to training. After undergoing surgery on his left Achilles, Gil was expected to be out for the season.

Gil, who was named the MLS Newcomer of the Year in 2019, has been a big miss and he faces a race against time to come back before the end of the season. Nevertheless, the Revs have two terrific attackers in the form of Gustavo Bou and Adam Buksa. The Union have had a stranglehold on past meetings with the Revs. Indeed, they have won nine and drawn two of their last 13 clashes. Union have come out on top in recent meetings and the Revs last tasted success over three years ago.

The view of the managers ahead of Union v Revolution

Union have suffered heartache in the past, but Jim Curtin thinks they have ‘control of their own destiny’ in terms of being able to lift the Supporters Shield. He said: “We know who they are and when they play, so again we’ll keep an eye on everything.” Meanwhile, Revs star Matt Turner has set his sights on a top-four finish as he said: “We want to host a playoff game. We want to finish in that top four.” Union will naturally hold sway and will be backed to come away with three points.