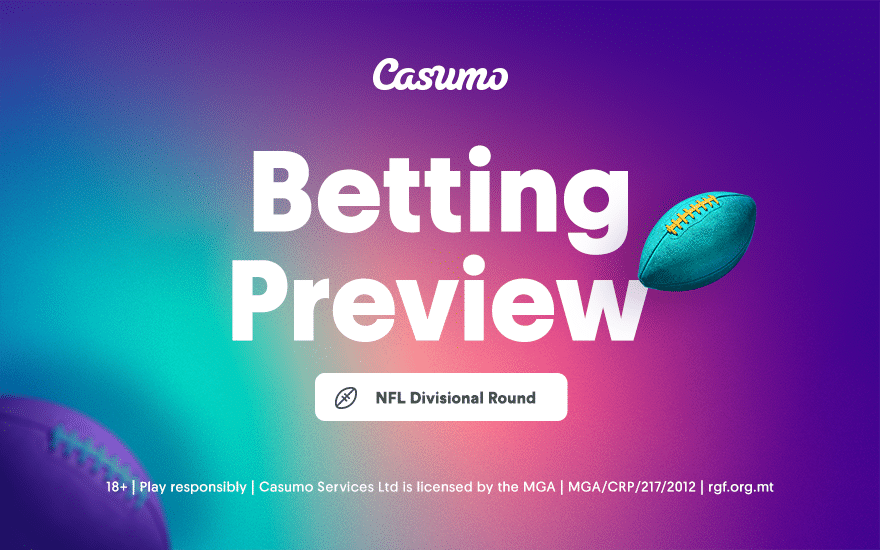 NFL: Packers and Chiefs gearing up for huge weekend as play-offs hot up

After a thrilling wildcard round last weekend, things are beginning to get a bit more serious as we enter the divisional round of matches. There are some thrilling games to look forward to, including the Green Bay Packers v the Los Angeles Rams and the Kansas City Chiefs v the Cleveland Browns. Here we’ll assess the injury news and the latest odds.

The Packers come into their clash against the Los Angeles Rams on the back of a 35-16 victory over the Chicago Bears. Matt LaFleur’s men have appeared in the divisional play-offs 17 times and their home record is fabulous (5-1). Of their 17 appearances at this stage of the play-offs, 15 have come in the past 30 years.

While the Packers are no strangers when it comes to the play-offs, legendary quarterback Aaron Rodgers can take a lot of credit for their success. Indeed, since 1993, the longest stretch the Packers have gone without cementing a spot in the divisional round has been three years (1998-2000 and 2004-06). The Packers, however, are bidding to win their first Super Bowl crown since 2011.

Injuries piling up for Rams ahead of Packers test

For the Rams, the injuries have been piling up at precisely the wrong time. Questions still remain over whether John Wolford will get the nod over Jared Goff, who has been trying to overcome a thumb injury. In addition, defensive tackle Aaron Donald, Cooper Kupp (knee), and starting guard David Edwards (ankle) picked up injuries in their 18-7 win over the Arizona Cardinals last weekend.

Jalen Ramsey could be key to Rams victory

If the Rams are going to surprise the Packers, they will need Jalen Ramsey to have a big game. Ramsey has allowed fewer total yards last season compared to the nine games he played in 2019. He managed to keep D.K. Metcalf silent when the Rams played the Seattle Seahawks and if he can do the same against Devante Adams, the Rams have a chance.

Bills desperate to exact revenge over the Ravens

The Bills will be eager to get revenge over the Ravens. Last year in week 14, the Bills crashed to a 24-17 defeat and both sides struggled throughout the whole game. The Bills managed a total of 209 yards defense while the Ravens managed 257 yards. However, the Bills averaged 31.3 points per game in 2020 so have been more threatening going forward.

Bill Belichick stands up to Donald Trump by turning down award

Few people stand up to Donald Trump, but Bills coach Bill Belichick has rejected the Presidential Medal of Freedom, which is the highest award bestowed upon US civilians. However, Belichick was distinctly unimpressed with the mob of Trump protesters that stormed the Congress building on Capitol Hill in Washington DC last week.

Previously, Belichick was friends with Trump and is widely considered as one of the greatest coaches in NFL history as he has scooped six Super Bowl titles. But when asked about why he was declining the Presidential Medal of Freedom, Belichick said: “The tragic events of last week occurred and the decision has been made not to move forward with the award.”

The Baltimore Ravens can either be boom or bust. Although they remain one of the strongest offensive and defensive franchises in the NFL and added players to their ranks such as Calais Campbell and Yannick Ngakoue, the Bills will be a challenge. The Ravens are looking to claim their first Super Bowl title since February 2013 when they beat the San Francisco 49ers 34-31.

The Chiefs’ pedigree in the play-offs is well documented and as far as the Browns are concerned, they have a daunting task ahead. The Browns have impressed lately and they brushed past the Pittsburgh Steelers 48-37 last weekend. Before Sunday night, the Browns hadn’t won a play-off game in 26 years, so they are in something of uncharted territory.

The Browns, however, aren’t blessed with a clean bill of health. Indeed, two of their star players – Joel Bitonio and Denzel Ward – may be back in time after they missed the wildcard round through COVID. Also on the injury list is Jack Conklin, who departed the game against the Steelers early with a hamstring injury.