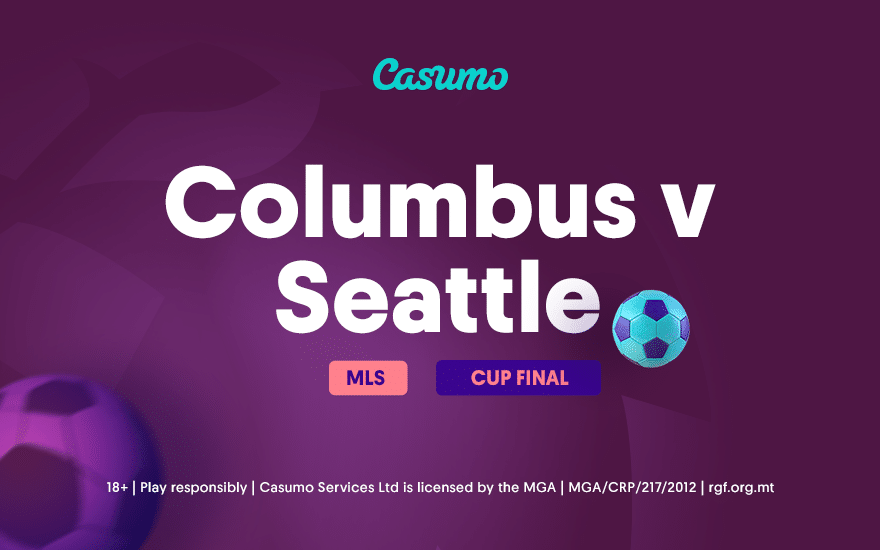 The scene is set for the 2020 MLS Cup Final. Seattle Sounders will collide with Columbus Crew on Saturday and there is plenty at stake. After terrific playoffs, both sides are worthy of their place in the final and it has all the makings of a classic. The Sounders have a fabulous record in MLS Cup Finals and in this preview, we will cover all the latest injury news, take a glance at the match odds and get the thoughts of the managers ahead of the showpiece event.

Columbus will stage the final at their home ground – the MAPFRE Stadium – and the final will be akin to a full-circle both moment for both teams. The Sounders last faced the Crew at Lumen Field at the beginning of March, just before the COVID-19 pandemic took full effect. For Columbus, they will be fully aware of the threat that the Sounders – who are searching for their fourth MLS Cup crown in the past five years – will pose.

The Sounders have plenty of pedigree in MLS Cup Finals and they will need the likes of Raul Ruidiaz and Nicolas Lodeiro to be firing on all cylinders if they are going to get their hands on the trophy. Ruidiaz is a slippery customer and he has netted 12 goals and contributed four assists this season, while Lodeiro has chipped in with seven goals. The Sounders haven’t had things go their own way in the playoffs and they had to rally from 2-0 down against Minnesota United in the Conference Finals before prevailing 3-2.

As far as Columbus are concerned, they have been seemingly impenetrable as they didn’t concede a goal during the playoffs. Nevertheless, success hasn’t come so easily for the Crew and they are gunning for just their second MLS Cup win. Their sole triumph came in 2008 when they beat New York Red Bulls 3-1 in the final in southern California.

The Crew – who have kept 11 clean sheets this season – were bereft of key players throughout the season, making their run to the MLS Cup Final even more remarkable. They were without club record-signing Lucas Zelarayan for seven matches and Darlington Nagbe missed eight games through the regular campaign. When both have played together, the Crew won over half of their matches (nine out of 14) and averaged just over two points per game.

Although both teams enjoyed terrific campaigns, the Crew earned the right to stage the game at their home ground after faring slightly better during the regular season. In 23 matches, the Crew claimed 41 points, while the Sounders picked up two points fewer from 22 matches. In six meetings between the two sides, there have been two wins apiece for the Sounders and the Crew, with the other two matches ending in a draw. In their only clash this year, the two sides played out a 1-1 draw back in March.

Crew v Sounders: How the coaches are feeling

The Crew have been almost unstoppable at home and head coach Caleb Porter is on the brink of steering his side to glory. Asked why he took the Crew role, Porter said: “There was a motivation to come here, to reinvigorate the club. That’s why I take jobs. I take jobs to ignite the community.” Sounders coach Brian Schmetzer believes his side have a great chance to lift the MLS Cup again. He said: “In my mind, that locker room, not just the players, the coaching staff, we’ve put ourselves in a great position to get the MLS Cup again.”