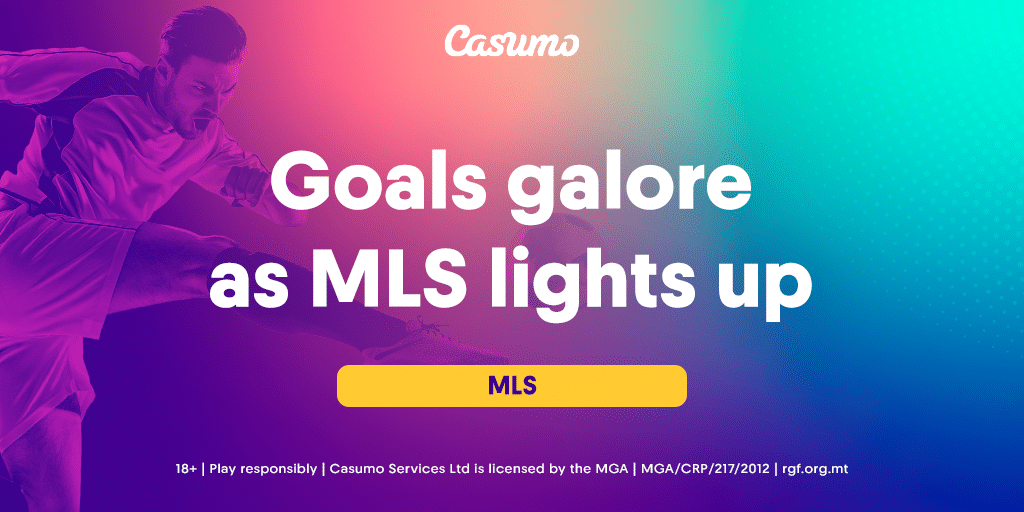 MLS: Goals galore as the MLS lights up

MLS fans are in for a real treat this weekend! After a glut of goals to kickstart the new campaign, there are some fabulous matches involving teams at the top of the Eastern and Western Conferences. We look ahead to New England Revolution v Atlanta United, and Seattle Sounders v Los Angeles Galaxy, and we will check in on the latest odds.

After being held by Chicago Fire in their opening game of the MLS campaign, the Revolution picked up their first win (1-0) at home to D.C. United in their following game. It was a disjointed affair as there were seven yellow cards awarded and just three shots on target. While it seemed destined to finish goalless, a second-half own goal proved the difference.

Revs coach Bruce Arena admitted his side found it tough against D.C. United. He said: “It was a real scrap. It made for a difficult game. No flow.” The Revs are renowned for scoring lots of goals, and they only had a single 1-0 victory in the whole of 2020. Nevertheless, their ability to win ugly against D.C. United will stand them in good stead.

While Atlanta have made a solid start to their MLS campaign, things went awry earlier this week. They slipped to a 3-0 defeat against Philadelphia Union in the first leg of their Concacaf Champions League quarter-final tie. Atlanta were very flat, and they were outdone by Kacper Przybylko who scored a double. Atlanta will need to refresh their ideas against the Revs.

Even though it is early on in the campaign, Atlanta will be eager to get the better of the Revs and send out a statement of intent. Indeed, they have won the last three meetings between the two sides, scoring six and conceding just once.

While Will Bruin is waiting to get off the mark this term, he has still blossomed in Brian Schmetzer’s new 3-5-2 formation playing alongside Raul Ruidiaz upfront. The Sounders midfielder lauded Bruin after the 1-1 draw against Los Angeles FC. He said: “He was a workhorse. His work ethic and his attributes really helped us.”

In the 1-1 draw against LA FC, Smith — who normally operates as a full-back — was deployed in a more advanced role by Schmetzer. It paid off as Smith headed home nine minutes after the restart to cancel out Eduard Atuesta’s early strike.

Meanwhile, the Sounders were recognized by the MLS and named in the top three of the league’s Power Rankings, which is also supported by ESPN. The new 3-5-2 formation is beginning to take shape, and the likes of Atencio have flourished. Whether they can stifle the early pacesetters LA Galaxy is another question.

However, the two clashes before that saw the Sounders run out winners. One of them saw the Sounders prevail in a seven-goal thriller when Galaxy had Zlatan Ibrahimovic in their ranks. The Sounders have won five of the 13 league encounters, and there have been three draws. The Sounders will be confident of adding to that tally this weekend.

We’re hoping for goals galore as the two MLS giants collide in a big week of soccer.