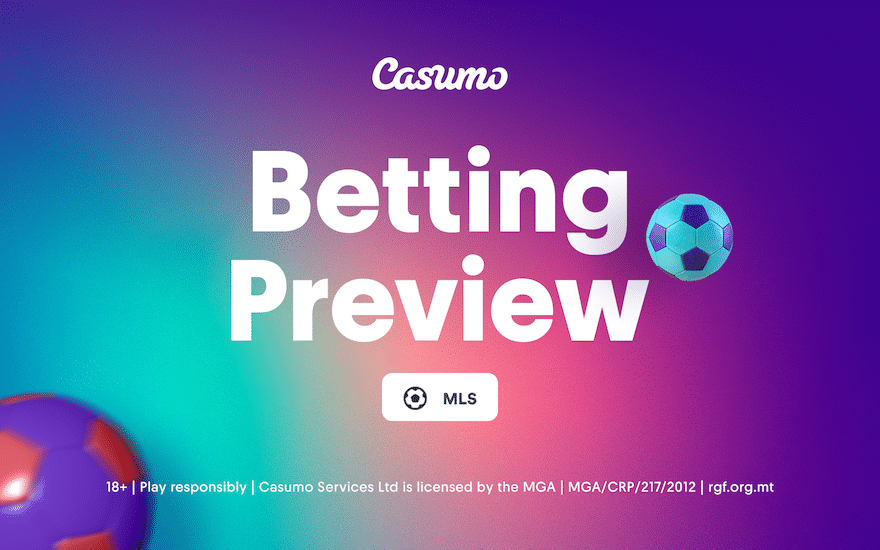 The MLS is never short on talking points! While the New England Revolution are marching towards the Supporters’ Shield, things are nail-biting in the Western Conference. In this weekend’s preview, we will get our teeth stuck into two pivotal games — New England Revolution v Orlando City and Sporting Kansas City v Seattle Sounders. We will also check in on the latest match odds.

For a side that has been simply irrepressible up to this point, the Revs are hardly a team to rest on their laurels. Although they are 10 points ahead of Sporting Kansas in the Supporters’ Shield race, the Revs squandered some big chances when they arose last weekend against Columbus Crew. Usually, when you fashion 33 attempts on goal, you expect to win.

Conversely, a 1-1 draw may not derail the Revs’ inexorable march to become the Eastern Conference’s top seed for the play-offs. However, the Revs set high standards for themselves, and head coach Bruce Arena is demanding improvement. Speaking after the Crew game, Arena said: “If we did those little things better, we could have won the game.”

Adam Buksa continues to prove his worth to the New England Revolution cause.

Adam Buska has been a near ever-present feature for New England Revolution this season, missing just one of their 26 games to date. He is a slippery customer, and although his side was frustrated against Columbus, Buksa netted his 11th of the campaign. Do you wonder where the Revs would be without his goals?

While the Revs are one of the in-form sides, having won six of their past eight games, Orlando City is fourth in the Eastern Conference. For Orlando, they will be looking for retribution after the Revs knocked the Lions out of the MLS Cup playoffs in 2020. The Revs also boast a better head-to-head record which doesn’t augur well for Orlando.

Orlando has a decent track record against past Supporters’ Shield winners

While Orlando will have to produce something special to get something against the Revs, there’s one interesting stat that shouldn’t be overlooked. In each of the past three seasons, Orlando has picked up a result against the winners of the Supporters’ Shield. This included a 1-1 draw against Philadelphia Union in July 2020.

We’re into the home straight of the regular season in the MLS, and clearly, Sporting Kansas has every intention of putting their down firmly on the accelerator for the final run of games. Last week, Sporting Kansas ran out 4-0 winners against Minnesota United, and it was an immaculate performance from start to finish.

Khiry Shelton opened the scoring in the 14th minute before Daniel Salloi doubled his side’s advantage. A Johnny Russell penalty on the stroke of half-time sealed the result before Cameron Duke added a fourth. In their last two games, Sporting Kansas has scored six unanswered goals, picking up maximum points.

Of course, Sporting Kansas will be feeling fresh with 10 days to prepare for their top-of-the-table clash with the Sounders. The Sounders are just a point behind Sporting Kansas, however, they have a game in hand. As things stand, the Western Conference is nip and tuck, so expect more twists and turns.

Seattle Sounders desperate to get back on track after mini wobble

While for the most part of the campaign, the Sounders have been impressive, they have endured a mini wobble of late. The Sounders have only won once on their past three MLS outings, and they were below par last weekend against Real Salt Lake. They will need to step it up against Sporting Kansas who can hurt you in many ways.

As far as the head-to-head is concerned, Kansas have the upper hand. They have recorded 7 wins from their 12 MLS clashes. Earlier this season, Kansas were ruthless against the Sounders, as they enjoyed a 3-1 victory on the road. Russell, Salloi and Duke all got on the scoresheet that day.