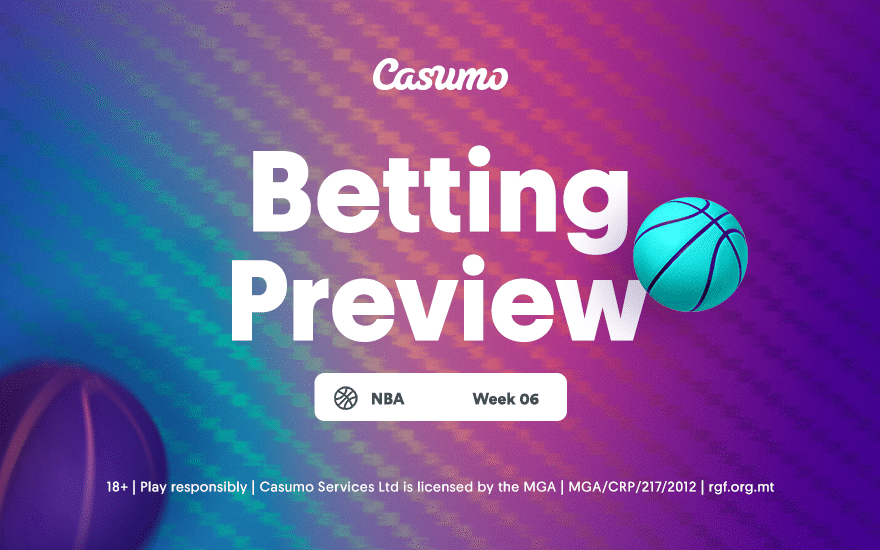 NBA: Hawks and Clippers head up latest round of fixtures

The NBA season has reached the quarter way stage and some sides have quickly settled into the groove in the Eastern and Western Conferences. There are some terrific matches to look forward to and we will preview Atlanta Hawks v Los Angeles Clippers and Utah Jazz v New York Knicks. Within that, we will assess the odds and latest injury news going into those clashes.

Hawks eager to put Bucks slip-up behind them

It has been a bit of a mixed start to the season for the Hawks (8-8). After stringing together three wins on the bounce, the Hawks came up short against the Milwaukee Bucks as they slipped to a 129-115 defeat last weekend. Their cause wasn’t helped by the fact they were left bereft of Trae Young and Clint Capela an hour before tip-off.

The Hawks were slow at coming out of the traps and opened at 0-of-5 from three-point range. Although they recovered from a double-digit deficit, it proved to be too little, too late. Nevertheless, rookie Onyeka Okongwu – who was making his debut for the Hawks – held himself up well against Giannis Antetokounmpo, as he produced a block and steal in the first quarter.

The Clippers will be short of Kawhi Leonard and Paul George for the road game against the Hawks. The Clippers are in a rich vein of form with seven wins on the trot under their belt. But Leonard and George have been ruled out due to COVID-19 health and safety protocols and a return date for the duo is unclear.

Without George and Leonard, the Clippers will have to dig deep. To date, the Clippers are second in the Western Conference table and George and Leonard have been instrumental to their early-season success. Leonard has been averaging 25.9 points, 5.7 assists and 5.4 rebounds per game, while George has averaged just shy of 24 points and contributed 6.2 rebounds per game.

Learning the lessons from last season

The Clippers have to learn from adversity. Last season, they stood on the brink of the Western Conference Finals but they blew a 3-1 lead against the Denver Nuggets. Clippers coach Tyronn Lue is no stranger to success, having previously won the NBA title with the Cleveland Cavaliers. And Lue thinks ‘regular dialogue’ with his players will help the franchise go one better this year.

The Jazz have sprung up from nowhere and they are calling some of the shots this season. Indeed, they have just become the NBA’s first franchise to register an eight-game winning streak and seven of these have been by the way of a double-digit margin. Their performances have been backed up by wins against the Nuggets and the Golden State Warriors.

In their last three games, the Jazz have averaged 29 points per game on a shooting percentage of 73%. Added to that, the Jazz are second in the stats for 3-point percentage (40.3%) and they have managed to shoot 40% or better on at least 37 3-point attempts in each of their previous five games.

Meanwhile, NBA legend Shaquille O’Neal has come down hard on Donovan Mitchell. In a previous interview, O’Neal claimed Mitchell ‘didn’t have what it takes to reach the next level’. Mitchell is only in his fourth season in the NBA, but O’Neal has sharpened the knives. O’Neal’s latest post on Instagram seemed somewhat harsh as he tried to illustrate what greatness looks like with a slideshow.

New York Knicks have to lift themselves out of mini-crisis

While the Knicks aren’t facing a crisis on the floor, they have slipped to defeats in their past two games. Against the Portland Trail Blazers, the Knicks were 20 points down at the end of the half. Although they dragged themselves back into the contest, they were largely underwhelming – RJ Barrett only scored eight points, but Immanuel Quickley finished with 31 points (a career high).

However, there appears to be little way back for Frank Ntilikina at the Knicks. Ntilikina has barely had a look in with the Knicks and he has been out of action since New Year’s Eve with a sprained left knee. And it seems his days at the Knicks could be numbered, with reports suggesting he could make way by the late March trade deadline.