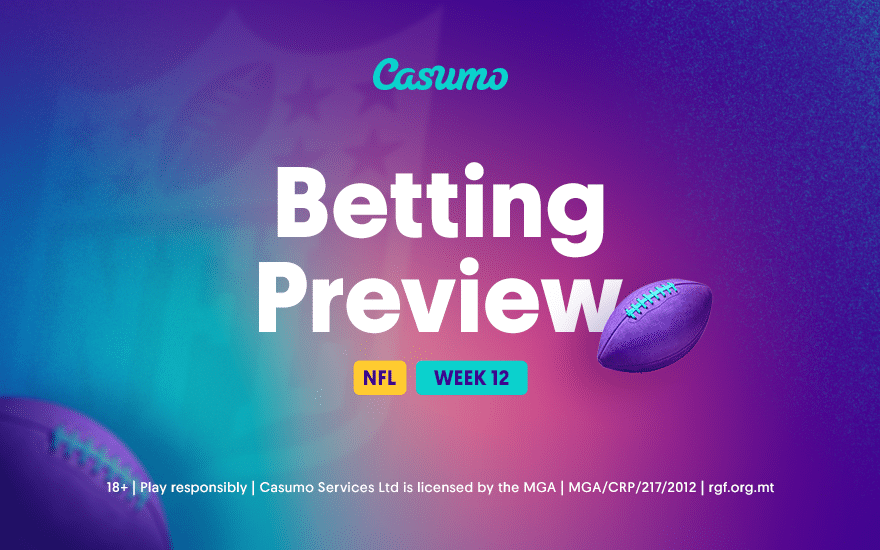 NFL Week 12: Your comprehensive guide to the action featuring Steelers and Packers

We are entering Week 12 of the NFL and with it being Thanksgiving, the fans will be hoping for a feast of football. There is plenty to look forward to as the NFL season fast approaches its climax. In this preview, we’ll review the game that deserves top billing – Pittsburgh Steelers v Baltimore Ravens. We’ll also give the lowdown and provide the latest odds for Green Bay Packers v Chicago Bears and Philadelphia Eagles v Seattle Seahawks.

Ravens reeling ahead of Steelers clash over latest injury news

The Ravens – who currently sit in the third spot in the AFC North – are in danger of being forced out of the playoff picture. Currently, the Ravens are 6-4 going into their clash against the Steelers. In the Steelers, the Ravens are facing one of the best teams in the NFL. While their run of games after the Steelers is eminently winnable, they have some injury concerns. Running backs Mark Ingram and rookie J.K. Dobbins have already been ruled out while Brandon Williams will be forced to miss the game following the latest round of COVID-19 tests carried out.

Ravens coach John Harbaugh has tried to put his angst to one side over the recent positive COVID tests that have hit the camp. When quizzed about it, he said he doesn’t really have a ‘frustration meter’. Despite the internal crisis facing his side, there are some things that the Ravens can take positives out of ahead of their encounter with the Steelers. They are top when it comes to rushing and they have averaged 160.5 yards per game. Indeed, they amassed 265 yards on the ground against the Steelers earlier this month despite a 28-24 defeat.

Ravens reaching no return territory as they face Steelers

As mentioned, the Ravens are fast approaching no return territory. There isn’t much of a safety net if they slip up and the Steelers have a perfect 10-0 record. While the Ravens are one of the most reputable franchises in the NFL, they have been let down this season by their offence. Whether Lamar Jackson has become too stale lately is a point of debate, but the Ravens have crashed dramatically in the stats for points scored and yardage compared to last season.

Since the AFL and NFL merged together in 1970, there have only ever been two undefeated regular campaigns and four winless seasons. But the Steelers are threatening to tear up the history books and after their 27-3 victory over the Jacksonville Jaguars last weekend and the mood in the camp is buoyant. While there are still some treacherous assignments ahead of them, who would bet against the Steelers pulling off the seemingly unthinkable?

Packers showing vulnerable side ahead of showdown with Bears

Throughout most of the season, the Green Bay Packers have looked like a team in control and one that had their destiny in their own hands. Their recent performances have left a lot to be desired. After the 34-31 overtime loss, the Packers had blown a two-touchdown lead at half-time and their main concern surrounds their defence. Coach Matt LaFleur has bemoaned his side’s inability to execute ‘in all three phrases’ and he has ‘called for more consistency’.

Bears have quarterback headache to mull over before Packers clash

Bears coach Matt Nagy has pushed aside thoughts for the meantime at least of who to name as his starting quarterback for Sunday’s meeting with the Packers. While Nick Foles and Mitchell Trubisky have made significant progress in their bid to return from their respective injuries, it seems like they could be touch and go for the Bears, whose record stands at 5-5 this term.

Foles has had a combination of hip and glute problems and he was hooked off in the 19-13 loss against the Minnesota Vikings last week. Trubisky, meanwhile, has sat out the last two games with a shoulder injury which he sustained in the 26-23 defeat against the New Orleans Saints. Nagy was relieved Trubisky’s injury came during the bye, so he should be back with the team sooner rather than later.

The offence has been the biggest issue plaguing the Bears this campaign. As things stand, they are near the bottom of the rankings for scoring (19.1 points per game) and total yards (300.9). Nagy has been keen to stress that the Bears need more consistency across all areas of their game and perhaps if they solve their quarterback issue, then everything else should fall into place.

Eagles desperate for response against the Seahawks after recent woes

The Eagles will go into their showdown against the Seahawks as home underdogs. They are about to face their second game of a five-game run against teams with winning records. The Eagles will be desperate to turn things around and they have seen their form slide after back-to-back defeats against the New York Giants and the Cleveland Browns.

But they face a tall order in trying to derail the Seahawks. Damon Harrison joined the 53-man roster and he will add some much-needed experience. The Seahawks can capitalize on the Eagles’ recent problems, but the biggest worry will be the decline of Carson Wentz. At this stage of his career, Wentz should be at the peak of his powers but injuries have ravaged him and he’s not the player he once was.