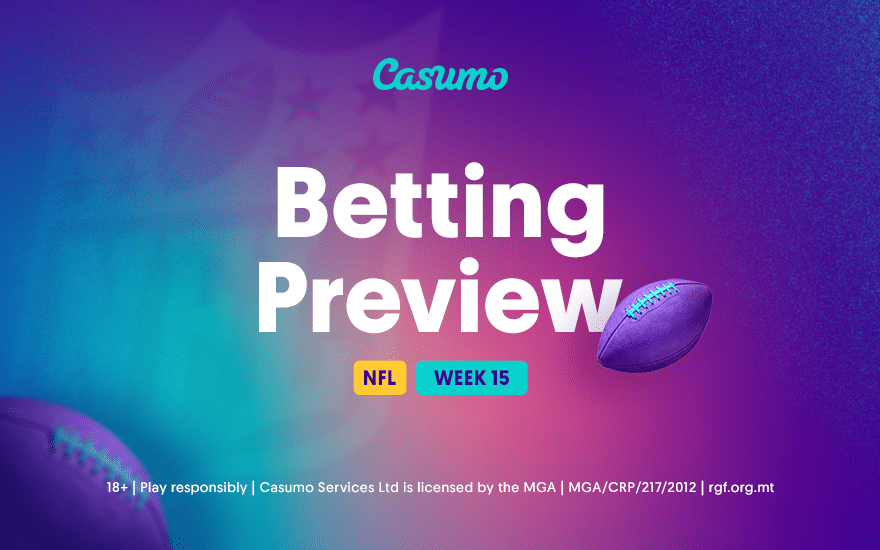 We are into week 15 of the NFL season and it is the final stretch of the campaign. With just three games to play, there are still some issues to be decided. The games we will review are Las Vegas Raiders v Los Angeles Chargers, New Orleans Saints v Kansas City Chiefs and Green Bay Packers v Carolina Panthers.

Can the Raiders produce a ‘fast and furious’ display against the Chargers?

The Las Vegas Raiders are still in a prime position to make the NFL play-offs, but they have lost their way a little over the past few weeks. A big response is needed after they were on the wrong end of a 44-27 scoreline against the Indianapolis Colts. There have been notable changes going on behind the scenes at the Raiders too.

Although there are only three games left to go, the Raiders have appointed Rod Marinelli as their interim defensive coordinator until the end of the season. Marinelli is seen as a safe pair of hands, but the Raiders have been leaky, conceding over 30 points per game this term. Marinelli has already made it clear he wants a ‘fast and furious’ performance against the Chargers.

Chargers playing for pride as season peters out

For the Chargers, their season is essentially over and they are playing for pride. With a 4-9 record this term, they are very much on the outside looking in. The Chargers have unfortunately developed a reputation for losing games in the worst possible way and that has included shanked kicks as well as relinquishing sizable leads.

Over the season, the Chargers and Lynn have underperformed. One prime example of this was when they conceded 14 points against the New England Patriots. Even against the Atlanta Falcons last week, Lynn got his calculations wrong at the end of the second quarter when he had no timeouts and just 22 seconds were remaining before halftime.

Raiders v Chargers: How past matches have unfolded

The Raiders and Chargers are no strangers to each other. Past matches weigh in the Raiders’ favour as they nudge the head-to-head record. Overall, the Silver and Black have played 120 regular-season games against the Chargers. And the Raiders claimed victory in both encounters in 2019, as they won 26-24 at home in Week 10 and then 24-17 on the road in Week 16.

While the New Orleans Saints have been in fabulous form this term and have a 10-3 record to their name, they came unstuck against the Philadelphia Eagles last weekend as they were edged out 24-21. Before that defeat, they had won nine on the trot and things can quickly unravel in the NFL if you aren’t careful.

Next up for the Saints is a clash against the Chiefs who are 12-1 this season and have looked unstoppable at times. As far as the Saints are concerned, keeping Chiefs quarterback Patrick Mahomes quiet will be the key to victory. Mahomes has already built a strong case to be crowned the MVP (Most Valued Player) of the regular NFL season.

With the AFC West title already in the bag, momentum will be the key for the Chiefs going into the play-offs. Mahomes and Tyreek Hill have developed a strong partnership on the field, which has seen them combine for a few touchdowns. Indeed they are the team to dethrone having lifted the Super Bowl in 2020 with a 31-20 victory over the San Francisco 49ers.

Panthers have it all to do to derail runaway Packers

The Packers are running away with things in the NFC North and they have a 76.9% win percentage record (10-3) this term. Aaron Rodgers has enjoyed a fantastic season and is being considered for the MVP along with Mahomes. Against the Panthers, Casumo has priced the Packers at a short -417 to win the game even if it goes to Overtime.

For the Panthers, facing the Packers is a challenge at any time and it will be a tough task especially as they will be bereft of Christian McCaffrey due to a combination of shoulder and thigh problems. The Panthers need to improve in offence as they rank 19th when it comes to yards per game.