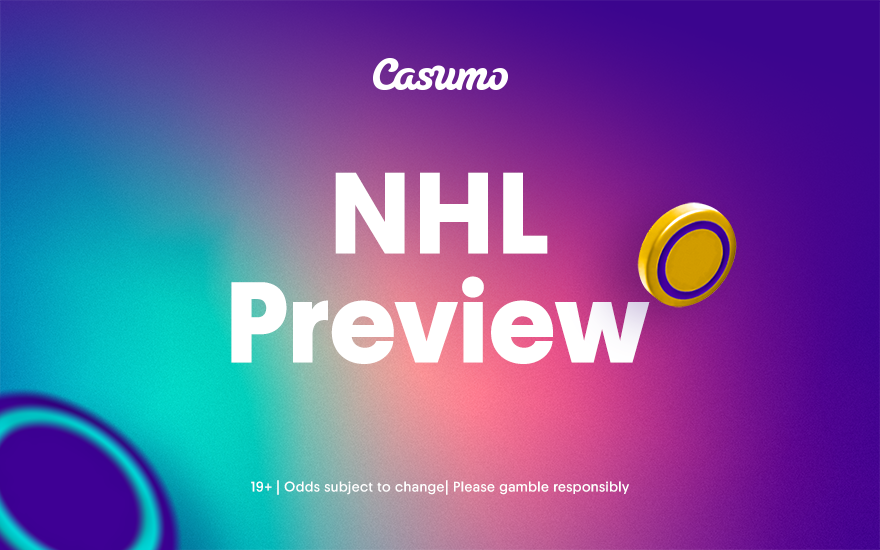 There were many high-scoring games over the past week, including Tampa Bay Lightning’s thrilling 7-4 win over the Winnipeg Jets. In this preview, we will look ahead to three crunch games — Pittsburgh Penguins v Vegas Golden Knights, Nashville Predators v St Louis Blues, and Edmonton Oilers v Tampa Bay Lightning. See how we think these games may unfold.

The Penguins started the month with a 5-1 rout of Tampa Bay Lightning. But since then they have let things slip in the past couple of games. In their previous NHL outing, the Penguins struggled to keep up with the relentless pace set by the Panthers. Indeed, the Penguins were playing catch up from the first whistle.

Although Sidney Crosby weighed in with a goal and an assist for the Penguins, the Panthers claimed a 4-3 victory. As things stand, the Penguins are third in the Metropolitan Division with a 34-15-9 record from 58 games. However, things don’t get any easier, and the Golden Knights will pose a few problems.

It has been a bit of a topsy-turvy week for the Golden Knights. After Jack Eichel scored with just over five seconds remaining of the game to edge past the Ottawa Senators last weekend, the Golden Knights were then beaten 2-1 by the Philadelphia Flyers. The Golden Knights will have licked their wounds, but they will be eager to bounce back against the Penguins.

During the off-season, the Predators were faced with a Filip Forsberg dilemma. They could either offer him a contract extension or sell him. However, they have kept faith in Forsberg, who at the time of writing has 46 points to his name from 42 appearances. At this rate, Forsberg could net 30 goals and surpass Viktor Arvidsson’s season franchise goal record (34).

Although the Predators will have been pleased to seal a 2-1 win against the Dallas Stars earlier this week, we should take a moment to reflect on their extraordinary 8-0 mauling of the San Jose Sharks last weekend. Michael McCarron, Matt Luff, and Matt Duchene all scored twice, and the Predators equalled a franchise record for their biggest margin of victory in a game.

The Blues were very much below par earlier this week, as they were on the wrong end of a 4-1 scoreline against the Ottawa Senators. Nevertheless, it shouldn’t detract from what has been an otherwise fine campaign for the Blues. As things stand, they are second in the Central Division, with a 32-17-7 record.

Meanwhile, the Blues have recalled forwards Mackenzie MacEachran and Alexei Toropchenko from the Springfield Thunderbirds, which is the Blues’ AHL affiliate side. Heading in the other direction will be Dakota Joshua and Klim Kostin.

There has also been talk in recent weeks of the Blues targeting Ben Chiarot. To be considered serious Stanley Cup contenders, a defensive upgrade is vital. However, Chiarot may not be worth considering. Perhaps Jeff Petry would be a better call, although his huge salary could put the Blues off.

The Oilers have seen their form nosedive over the past few weeks, and in their most recent NHL outing, they suffered a 3-1 loss at the hands of the Calgary Flames. As things stand, the Oilers are fourth in the Pacific Division, with 64 points amassed from 57 games.

However, things don’t get any easier for the Oilers as they face the Capitals before taking on reigning NHL champions Tampa Bay Lightning on Saturday evening. The Lightning have been terrific for large chunks of the campaign, and they are just three points adrift of Atlantic table-toppers Panthers.