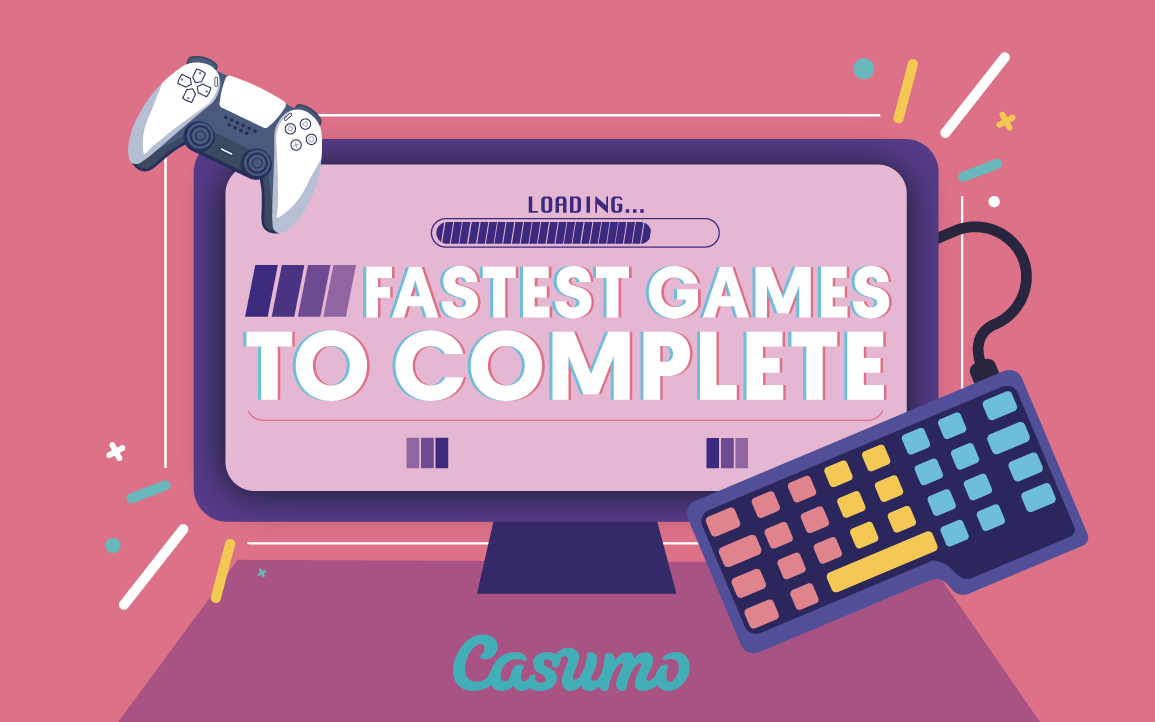 The gaming world is constantly evolving, and with it comes better and faster games. According to a new report by Accenture, the gaming industry is now worth over $300 billion – that’s more than the music and movies markets combined.

This boom in profitability has largely been driven by the COVID-19 pandemic, which, over the past couple of years, has led to somewhat of a standstill, causing people to have more time on their hands at home.

With a lack of mobility and alternative activities to keep them entertained, more and more people turned to gaming. So, as businesses everywhere struggled to stay open and economies experienced recession-like losses, the gaming industry continued to grow.

With this surge in popularity, increasing numbers of gamers set themselves new challenges – one being how quickly they can complete their favourite games. Speedrunning, the act of completing a video game, or segment of a game, as quickly as possible, has been around for decades now, but gamers have given it a recent boost in popularity.

In particular, Minecraft remains one of the most popular games ever released and is considered by many to be one of the greatest video games of all time. Since its launch in 2011, Minecraft has expanded to include a community of over 141 million players.

Ranking in 9th place for the slowest speed runs is The Legend of Zelda: A Link to the Past – a classic among speedrunners because there are so many ways to approach the game.

Meanwhile, Super Mario Galaxy, which is ranked as the slowest of all speedruns, was released in 2007 and is the ninth best-selling Wii game worldwide with sales of 12.8 million. In fact, the game was so good that Nintendo took the rare step of making a sequel with Super Mario Galaxy 2.

The 20 countries which dominated the fastest speedruns

Teenage Mutant Ninja Turtles: Shredder’s Revenge took a clear lead as the fastest main story game to complete, with a total average time of 2.5 hours. This was closely followed by Portal (3 hours) and Little Nightmares (3.5 hours).

Both Teenage Mutant Ninja Turtles and Portal ranked in the top 10 most popular main story games and are set to remain just as popular this year. By contrast, the third fastest game – Little Nightmares – didn’t perform so well on the popularity front, being ranked just 41 out of 50.

In particular, Teenage Mutant Ninja Turtles was only released in June of this year, so is expected to become increasingly popular amongst newer speedrunners as more gamers try it out. Meanwhile, Nintendo announced in June that the Portal Companion Collection is now available from the Nintendo Switch eShop, which is expected to boost the number of gamers trying to out-do the current speedrun leaders.

In stark contrast to the 10 fastest main story games, the 10 slowest all took longer than 30 hours to complete. Stardew Valley took the top position, on average, taking a total of 52.5 hours to fully complete. This was closely followed by The Witcher 3: Wild Hunt and Elden Ring, which both took 51 hours to complete, and The Legend of Zelda: Breath of the Wild and Red Dead Redemption 2, both taking 50 hours.

A number of these slower games are also set to be big hitters this year, especially Elden Ring and The Legend of Zelda. Released in February 2022, Elden Ring quickly shot to the top of many “most anticipated” lists, largely due to Game of Thrones author George R.R Martin’s involvement in the game. So, it’s unsurprising that it ranked as the most popular out of all the games we analysed.

A slightly older game, The Witcher 3: Wild Hunt has been out since 2015, but remains a firm favourite among much of the gaming community, coming in 8th in our popularity rankings. In fact, this speedrun game saw a slight uplift in popularity in 2019 following the release of the hit Netflix show The Witcher which is based on the original series of fantasy novels, written by Polish author Andrzej Sapkowski.

The 10 fastest games for completionists

Two of the fastest main story games also made it onto the fastest full completion games – Little Nightmares and Portal. Although taking significantly longer to complete than the main story versions at 7 and 9.5 hours respectively, these games were the two fastest out of the 50 most popular games we analysed.

The 10 slowest games for completionists

By contrast, the slowest games for full game completions tended to take well over 100 hours. The slowest was The Elder Scrolls V: Skyrim – Special Edition, taking 212 hours in total. This was closely followed by The Legend of Zelda: Breath of the Wild at 189 hours. Surprisingly, these games didn’t rank very high in popularity compared to the slower main story games.

However, the most popular game of all 50 top-ranked was Elden Ring, which did appear on the slowest games for completionists, taking some 131 hours.

Tips on how to get quicker at gaming

One of the best ways to get quicker at gaming is to know the game inside out. You could be amazing at the game you’re playing but if you don’t know the special controls to run faster, you’re never going to win a speedrun competition. In multi-character games, experiment to determine which character is fastest, or check current leaderboards to see which characters the fastest players use.

Check out the competition

It’s likely that gamers will have already speedrun the same game as you. If you need some tips then a quick search on YouTube will allow you to see what tactics the competition’s using. Look at what works and what could be improved to get the fastest time.

Sometimes, trying techniques that shouldn’t work or that should technically be slower can yield better results. By trying new techniques, you might just find something that works better and, crucially, quicker.

It might be tempting to hit ‘Retry’ every time you fluff something up, but all you’re doing is getting really good at the first few seconds of the level. So, once you’ve nailed that section, you’ll be left unable to master the next. Instead, it’s more effective to keep going every time, perfect the entire route and know your run from start to finish.

This might be easier said than done but nerves will cause you to screw up even the simplest action. Stay calm, remain focused, and remember, there’s always next time.

It might be hard to put down the controller when you’re close to claiming the title of ‘fastest player’, but even one hour of speedrunning requires a lot of concentration. So, playing for hours on end will only make you tired, irritable and, ultimately, worse at speedrunning.

It can be hard to enjoy a game when you’re trying to do it as fast as possible. But ensuring you still take enjoyment from it will allow you to keep up the motivation to keep practising. Make sure you celebrate each achievement – whether you’ve shaved a millisecond off your time or a whole second.

For more information, go take a look at the latest game releases.

To collect the data for speedrun times, we took the top 100 games with the most players from Speedrun.com. Using the top 100, we then collected the fastest time for each game and the country the player was from.

We then obtained the fastest main story and completionist game times using Instant Data Scraper to take the top 500 most popular games from HowLongToBeat.com.