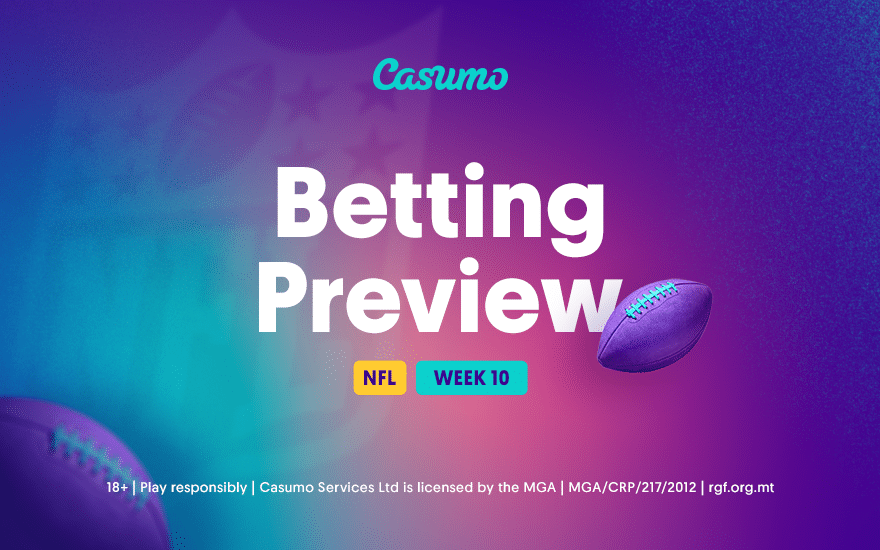 The Tennessee Titans head up what could potentially be a defining round of NFL fixtures as they lock horns with the Indianapolis Colts on Thursday night. The playoffs picture is still very open as far as other teams are concerned and there will be plenty to get excited about – especially with the New England Patriots facing the Baltimore Ravens and the Chicago Bears tackling the Minnesota Vikings. We will review these three games and provide the latest betting tips and injury news.

The Titans were near impenetrable in their 24-17 win over the Chicago Bears last weekend. While the scoreline suggests otherwise, for three-quarters of the game, the Titans kept the Bears at arm’s length and the stats spoke for themselves. The Titans forced two turnovers and they produced their best first-half numbers after eight games in yards allowed (105), passing yards allowed (79) and rushing yards allowed (26). When you factor in the third-down percentage (0%), then the Titans look like a team transformed and it is no surprise that confidence is sky high in the camp.

Jayon Brown has come alive for the Titans at just the right time too. Integral to the defence, he impressed against the Bears and he helped his side carry out a team-high 10 tackles in the win. Apart from a sack and a forced fumble, Brown was a tour de force. He has been integral over the past few weeks and he was on fire against the Cincinnati Bengals at the start of November. In general, he has been like a brick wall and the Colts will have to come up with something special to win.

Colts desperate to get back on track after Ravens defeat

The Colts go into their clash with the Titans off the back of a 24-10 defeat to the Baltimore Ravens last weekend. So far, they have a 5-3 record and they lie in second in the AFC South. Colts coach Chris Ballard is well aware of the threat the Titans will pose and there is a lot riding on the outcome of the game. Asked for his thoughts on how the match may pan out, Ballard said: “We expect a tough battle, but it should be a fun one for everybody to watch, and hopefully the Colts come out ahead.”

It has been a tough past few weeks for the Chicago Bears. They have been sliding and have recorded three defeats on the bounce – the latest came against the Titans. While they had previously taken down Tom Brady and the Tampa Bay Buccaneers, they have somehow found themselves underdogs at home. The Bears’ early-season magic has faded away and they are priced at 130 to claim victory over the Vikings with Casumo, while Vikings are shorter at -162 with the same bookmaker to take the spoils.

If anything, the heart of the Bears’ recent problems has been their offence. It has contributed to their downfall and it has caused more harm than good. Nick Foles and the offence have turned in some pretty poor performances and they have been completely outplayed in recent weeks. Foles was held scoreless against the Titans and while the Bears have looked better when Mitchell Trubisky has started, their record is 2-4 when Foles has started as quarterback.

Vikings running for the play-offs after early season stumble

After faltering during the early part of the season, the Minnesota Vikings have gathered steam and they are making a charge for the playoffs. Currently, they are 3-5 at the halfway point of the campaign, but Dalvin Cook has been central to his side’s recent success, which has seen them record victories over the Green Bay Packers and the Detroit Lions. All-Pro linebacker Eric Kendricks holds his team-mate Cook in high esteem as he said: “I want to be able to match my teammate and his effort and his fire. I feel like that kind of energy is contagious.”

Although he missed a game due to a groin injury, Cook has been inspirational for the Vikings this term. He has racked up some eye-catching stats, including totalling 478 yards and six touchdowns from scrimmages over the past two weeks. The Vikings picked up 275 rushing yards against the Lions and it was the most since they established a franchise record (378) 13 years ago, when Adrian Peterson also set an NFL single-game record.

The offence has been working a treat in recent weeks. Fullback C.J. Ham made 59% of snaps against the Lions and he has been thriving. The way in which they called their plays had the Lions on the back foot for most of the game. This was evident when the Vikings made an 87-yard touchdown drive, in which the play finished inside 64 seconds. Cook managed to take an inside handoff and sprinted for 13 yards off the left end and out of bounds at the 22.

The Baltimore Ravens have been flying and they are 6-2 going into their weekend clash against the New England Patriots (2-5). The Patriots managed to snap a four-game losing streak against the New York Jets, but the Ravens will be buoyed by their win over the Colts. It is unsurprising to see the Ravens curry favour with Casumo, who have priced them as short favourites at -350 to beat the Patriots, while the Pats are trading at 270 to clinch victory.

The Ravens’ win over the Colts was significant as they surpassed the Denver Broncos for the most consecutive games with 20 or more points in NFL history. The Broncos had previously hit the mark 30 times on the trot from 2012 to 2014. And the Ravens could provide a comeback for veteran three-time Pro Bowl wide receiver Dez Bryant, who last turned out for the franchise in December 2017. Bryant’s feats have already cemented his place in NFL folklore for most receptions (531).