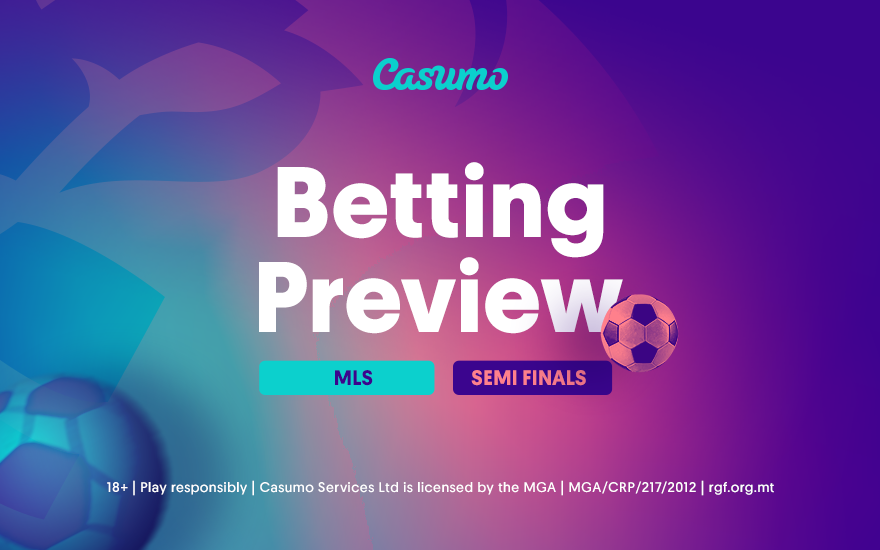 The MLS Conference semi-finals continue this week and there are some terrific clashes to look forward to. New England Revs impressed us as they toppled Orlando City 1-3 in a game with plenty of action, Columbus also beat Nashville 2-0 and we’ve got two more exciting ties coming up.

Away from Orlando vs the Revs, there are plenty of other fixtures to look forward to, including Seattle Sounders v FC Dallas. The Sounders finished level on points with Sporting Kansas City in the Western Conference and discovered some form towards the end of the campaign as they picked up seven points from their last three matches. Casumo are leaning towards the Sounders to progress as they are @-156 to beat Dallas, while Dallas are priced at a much longer @-300 to cause an upset.

Into the vault: How have Sounders fared against Dallas previously?

The Sounders started off the season with less than a clean bill of health. However, now they are back at full strength, they could take some stopping. Indeed, Seattle boast three of the best attackers in the MLS in the form of Jordan Morris, Nicolas Lodeiro and Raul Ruidiaz. Between them, the trio have combined for 34 goals and they have managed 26 assists between them, so they have enjoyed a fruitful campaign.

As far as past meetings go, this fixture weighs heavily in Seattle’s favour. The Sounders have enjoyed a few thumping wins over the past few years on home soil. These include a 4-0 rout of Dallas in 2017 and the year before that, they trounced the same opponents 5-0. Indeed, the best result Dallas have managed is a goalless draw, which they have achieved twice.

Manager’s View: The Sounders coach’s thoughts ahead of Dallas clash

The Sounders will be in a buoyant mood ahead of the visit of Dallas. And Sounders head coach Brian Schmetzer is very happy with how things are shaping up and thinks his side has a winning mindset that will stand them in good stead against Dallas. He said: “These guys in that locker room are all winners. That again is what makes me so proud of this club, that those guys all get it.”