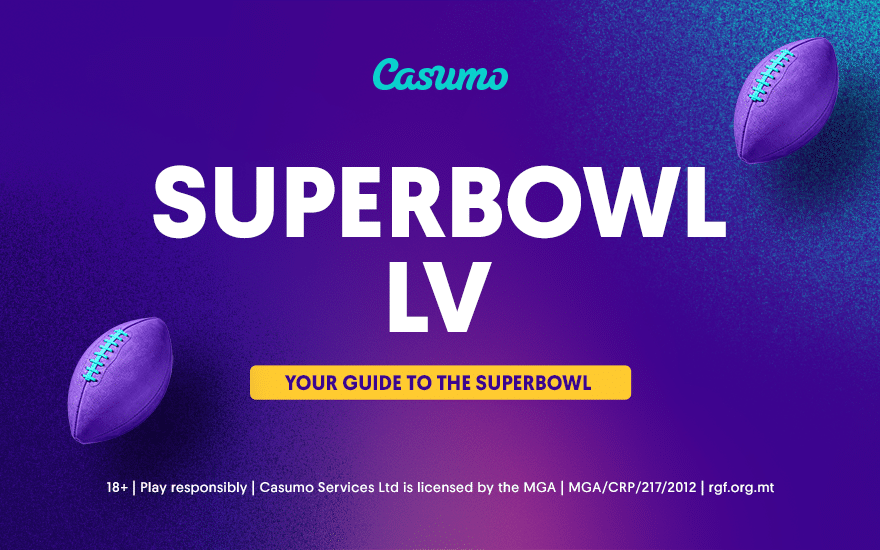 Your guide to betting on the Superbowl

The Super Bowl is one of the most highly anticipated events in the US sporting calendar. Beamed across the world to a large audience, there is real glitz and glamour surrounding this premier fixture. And Superbowl betting soars through the roof as fans clamour to place wagers on specific markets, including the most touchdowns or the most passes completed. In particular, former New England Patriots legend Tom Brady usually heads the market and his plethora of records has helped to cement himself in Super Bowl folklore. But what makes the Super Bowl so thrilling to watch? We will delve into the history and uncover some stats that will leave you salivating for Super Bowl LV.

As of yet, it is unclear who will contest Super Bowl LV on February 7 2021. However, what is clear is that it will be a huge occasion. Although there may be a limit on the number of fans attending due to the COVID-19 pandemic that has devastated the US in 2020, it will still be a fascinating spectacle. Brady has left an indelible mark on the event in a way that few have. Some of his stats make for remarkable reading. This includes a record of 5-3 in the big game and he has won four Super Bowl MVPs (Most Valued Player) – more than any single player in the NFL. He has transcended the game!

Super Bowl LV: How are the odds stacking up

Keep up to date with Casumo’s NFL odds right here!

There have been so many fantastic Super Bowl games over the years and picking one single match can be laden with difficulty. Nevertheless, perhaps one of the most memorable games was that of the Patriots who rallied from 21-0 and 28-3 down to beat the Atlanta Falcons 34-28 in overtime in 2017. It was the Patriots’ fifth triumph and aside from being the team of the decade, it was the game where Brady confirmed his status as perhaps the best quarterback of the modern era. Of course, games that are very tight are highly compelling, such as the New York Giants’ 17-14 win over the Miami Dolphins. Some games hinge on a single moment.

Usually, the best games involve a certain moment of inspiration that leads to a last-minute touchdown or even a heroic bit of defending that saves the day. When looking back on games of yesteryear, the 2009 Super Bowl stands out for all the right reasons. There was a lot of build-up leading up to the event and the Pittsburgh Steelers beat the Arizona Cardinals 27-23, allowing the Steelers to claim their sixth ring. A Ben Roethlisberger pass set up a Larry Fitzgerald touchdown with just 35 seconds of regular time remaining and the match was filled with plenty of memorable moments, including an incredible tightrope catch that is still often played on Super Bowl reels.

Super Bowl: How injuries and past encounters have shaped event

Over the years, there have been some pretty horrific injuries that have overshadowed the Super Bowl. Just ask Denver Broncos running back Terrell Davis who shone in Super Bowl XXXII. He made 30 carries, 157 rushing yards and three touchdowns as the Broncos beat the Green Bay Packers 31-24. But Davis went blind for part of the game after suffering a horrible migraine. Meanwhile, Packers legend Chris Woodson fractured his collarbone in the 35-21 win over the Steelers in Super Bowl XLV. He was forced to watch half of the game from the bench after picking up the injury during the second quarter. However, lifting the Vince Lombardi Trophy would have eased the pain slightly!

The Steelers and the Patriots have been the two most successful NFL franchises as they have both lifted the Vince Lombardi Trophy on six occasions and both have reached the showpiece event 11 times. While some fans will remember the Super Bowl for the spectacular half-time shows in which the likes of Coldplay frontman Chris Martin, Beyonce and Bruno Mars wowed with their electric performances, some fans have lost control. After winning the Super Bowl in 2018, Philadelphia Eagles supporters took to the streets where fires were set off and property was damaged. While the Super Bowl can spark unimaginable celebrations, some fans have been known to go too far and overstep the mark.

From the horse’s mouth: what the winners have said:

Winning the Super Bowl is the pinnacle of the NFL and what all teams aspire to. Although Superbowl betting can be notoriously difficult, once a team has reached the promised land, it can lead to an outpouring of emotions. Patriots coach Bill Belichick was almost lost for words when asked for his thoughts in 2019 after his side overcame Los Angeles Raiders 13-3. He said: “It’s sweet. Everybody counted us out from the beginning of the season, mid-season, but we’re still here.” Brady was equally ecstatic as he said: “The Patriots defence played the best game of the year.” For many coaches, winning the Super Bowl is incomparable as there is no other feeling like it.