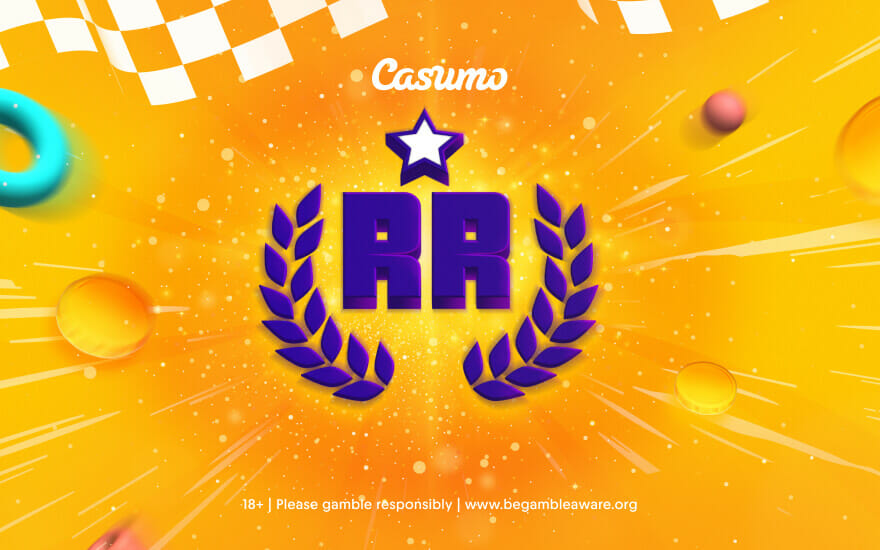 Start your engines. We’re turning up the heat this month with Hot Reels 24 and a spectacularge £160,000 in total cash giveaways.

Compete with other players in 24-hour daily races, whilst taking our scorching selection of slots for a spin and building up points for the chance to fire you towards daily prizes and up the £55K Grand Leaderboard.

But wait, there’s more… There’s also an extra £55,000 to be shared by our Grand Leaderboard winners when this epic August is over. Vrooom!

– Visit the Reel Races page
– Opt-in to the occuring Reel Race
– Open up the qualifying game
– Place a bet of minimum bet of £0.40
– Every win earns you points towards the Daily Leaderboard

Every daily Reel Race you compete in between 8th-31st August will earn you points towards the £55,000 Grand Leaderboard. A sizzling prize pool shared amongst August’s most awesome racers.

Opt-in and enjoy a summer of spin! Seven sizzling slots, 24 days of racing, £160K to be won in all. Grab your chance to win cash prizes every day between 8th-31st August and race up the Grand Leaderboard. Fingers to the pedal…

The ‘Reel Races’ are a Video Slots tournament based promotion. The Reel Races start at specific times during the day and only run for a certain amount of time. The Reel Races are time based. Only spins that are fully completed within each Reel Race timeframe will count towards your total. Players must opt-in to each race.
Each Race has a limited amount of spins available. Only spins from qualifying game after the start of the Reel Race count towards your total. The eligible game for each Reel Race will be displayed next to the related Reel Race.
Reel Races can be played on qualifying games only. Once the maximum number of the Reel Race spins has been completed, no further points will be awarded. The winning players will be determined using a ranking system

You can participate in a Reel Race using Real Money or Bonus Money. Use of Free/Bonus Spins earned through other promotions will not count towards leaderboard progression. In the event of a tie where players finished the Reel Race with the same number of points, the winner will be decided by the player who achieved the final score first.
All prizes will immediately be credited following the conclusion of the Reel Race.
In the event of a technical issue the Reel Race will be declared null and void.

The Final Leaderboard is based on sum of points accumulated during the Daily Reel Races in the promotion period.
As an example, if a player enters the Daily Reel Races twice during the promotion period and gets 340 points in one race and 273 points in the second race. Then the total sum of points for that player will be 613 points which will count towards the Final Leaderboard.

If you have any bonus or betting restrictions on your account you will not be eligible to take part in this promotion.
The offers that appear in this promotion are limited to one offer per person (one offer per household address, IP, email address, telephone number, payment method). Players using a shared computer can only have one account per computer or IP address. In case of accounts found to be sharing the details previously mentioned, Casumo reserves the right to confiscate the funds on the accounts and/or block the accounts.

Should any player account become self-excluded due to responsible gaming concerns before or during the valid dates of this promotion, that player will be automatically excluded from any further participation in the promotion even if they have already begun wagering.

By entering this Promotion, all participants will be deemed to have accepted these terms and conditions.
Casumo reserves the right to amend or stop this promotion at any time without prior notice.
All Casumo General Terms and Conditions apply in conjunction with these Terms and Conditions.
You have a right to withdraw any cash deposit or any remaining cash deposit and any cash winnings from your deposits at any time and this money is at all times unrestricted.

“If Casumo notices that the promotion is being abused and/or the bonus terms are being breached, we may take the following actions against such abusers:
o Revoke and/or cancel any bonuses and bonus winnings that we regard may have been redeemed by misuse of the system; and/or
o Players found to be abusing bonus offers may be barred from receiving further bonuses; and/or
o Abusing player accounts may be terminated”
“A list of what may be deemed abuse may include but is not limited to:
o Using more than one account;
o Equal, zero or low margin bets;
o Placing bets in excess of the maximum stake allowed when having an active bonus is £5 per game round or 50 pence per line;
o Wagering bonuses on excluded games;
o Collusion;
o Use of Bots;
o Multi-tabling;
o Manipulation of software, exploitation of loopholes or other technical forms of abuse or other behaviour which amounts to deliberate cheating;
o Masking IP address or using a VPN.
” Casumo Terms for Casumo Bonuses and Rewards apply. (https://www.casumo.com/en-gb/bonus-terms)
Casumo’s standard Terms & Conditions apply. (https://www.casumo.com/en-gb/terms-and-conditions)
Only available to players over the age of 18. Please gamble responsibly. Read more on www.begambleaware.org