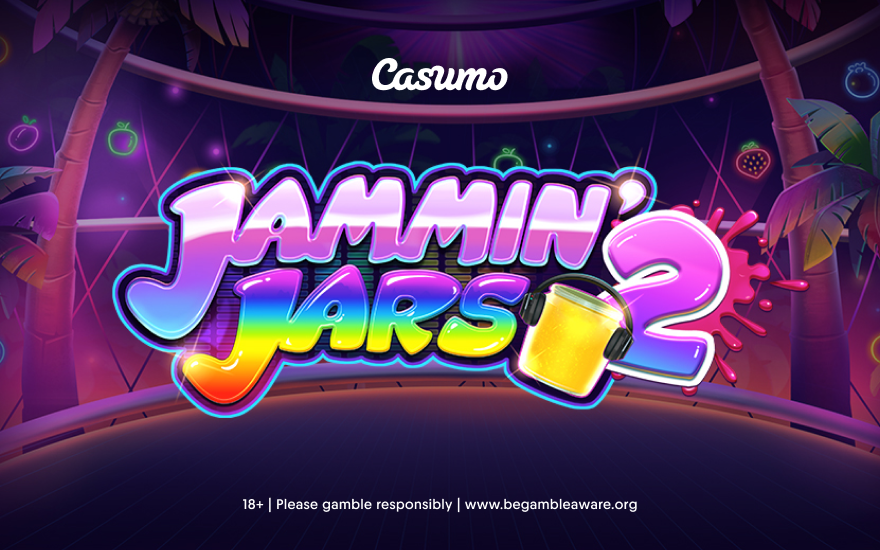 Emotions run high whenever there’s a sequel. The expectancy of more of something that’s already adored (otherwise why make another one?), the dread of disappointment that it won’t be as good as the first one. That was how fans of Jammin’ Jars 2 felt the day it was released. Over at Game provider Push Gaming, they inevitably found themselves mouthing the immortal words of Bob Marley, we hope you like jammin’, two.

Fruit Blasts add colossal symbols to the fruity mix, and the Instant Prize symbols do just that: award prizes instantly. There are bonus spins with increasing multipliers and, if you collect enough of those golden records mentioned above, you’ll trigger the Giga Jar feature for even more bonus spins.

Jammin’ Jars 2 is clean, crisp, and always in tempo. It’s a highly satisfying game to play due to its simple but compelling graphics and an array of bonus features. Come for the jam, stay for the beats.