Which Bridgerton character are you based on your star sign?

Astrologer, Lisa Stardust, has broken down our favourite Bridgerton characters so you can see which Regency-era Duke or Duchess you’d most likely be in society

With 82 million viewers, the smash-hit Netflix TV show Bridgerton made a huge splash with viewers around the world. Ahead of season two, Casumo has teamed up with Lisa Stardust, a professional astrologer, to determine which Bridgerton character you’d be based on your star sign.

Anthony is the oldest sibling of the Bridgerton clan, which means that he acts bossy all the time — a relatable sentiment that describes every ram.

Lisa says: ‘Anthony’s need to control the lives of his family and his own backfires swiftly because he learns to not go to battle with those he cares about and let them make their own decisions whether they’re good or bad.’

As the loyal confidant and guardian to the Duke of Hastings, Lady Danbury proves through her genuine actions that she’ll do anything to protect those she adores.

‘At times she’s indulgent, frivolous like earth signs — but also has a heart of gold that resembles that of the Bull.

And, in true Taurus style, Lady Danbury will never turn her back on those she loves.’

Lady Whistledown knows the town’s gossip and isn’t afraid to share it in her column. Her secretive nature and duplicitous identity shock everyone when they find out who she really is IRL.

Lisa says: ‘As Gemini knows, having an alter ego to spread rumours is thrilling and fun — especially if what is being shared is 100% true.

This is an act that their Mercurial sentiments will enjoy.’

Lady Violet is the matriarch of the Bridgerton family. She’s a kind and caring parent, who only wants good things for her children. 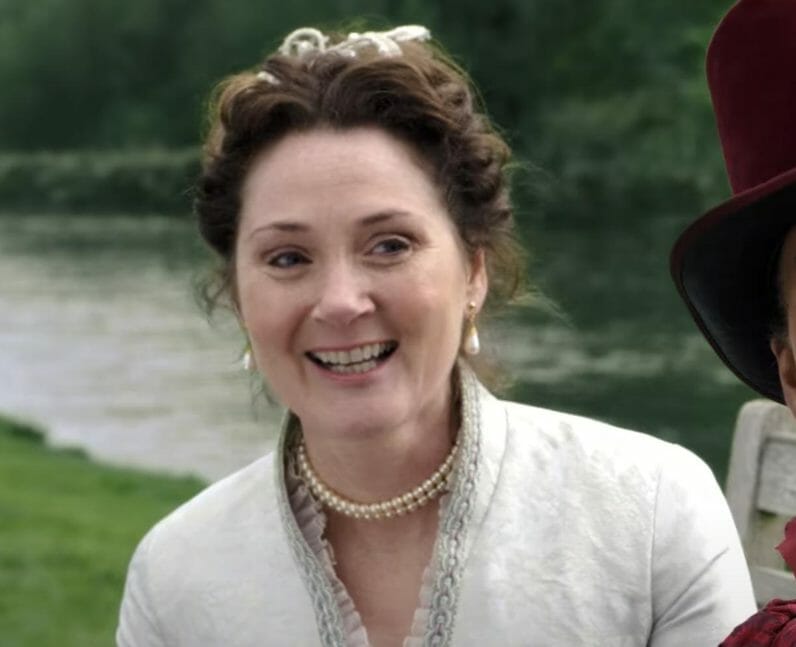 Lisa says: ‘Being that she has a nurturing soul, it is safe to say that Lady Bridgerton aligns best with the zodiac sign Cancer, who’s extremely tender, loving, unconditional, and gentle to their brood — especially their kin due to their innate maternal instincts.’

If there was any character in all of literature and film that identifies with Leo, it would be Queen Charlotte.

Lisa says: ‘Known as loyal, regal, dramatic, and diva, Queen Charlotte is consumed with the way her court looks. She doesn’t want major scandals to steal her thunder in Lady Whistledown’s gossip column.

In Leo form, Queen Charlotte wants the tea to be all about her life.’

Penelope is a thinker and bookworm.

Lisa says: ‘Penelope is an intellectual, like the zodiac sign Virgo, who uses her practical mind to attain her goals.

Never one to have a dramatic outburst, Penelope thrives in her innermost thoughts and analytical nature which works in her favour, as it helps her stay out of the messiness and scandals that are often the subject of gossip around town.’

Edwina comes to town to look for a suitor, under the urgency of her sister, Kate. 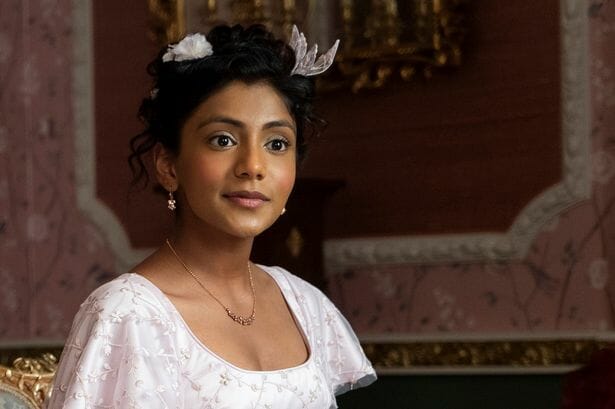 Lisa says: ‘Being a believer in love and being the “perfect debutant” that she is, a top priority is a marriage — partnership is a desire all Libras need and want to feel complete (even when they aren’t looking for love), which aligns Edwina’s persona with that of the relationship-oriented zodiac sign.’

Being the matriarch of Fearhertington makes Portia a dominant force to be reckoned with.

Lisa says: ‘Like any passionate bc obsessive Scorpio on a mission, Portia’s motivation to wed her children is strong and she won’t stop until her children are in beneficial situations that suit her upward social mobility.

The poisonous Scorpio stingers come out of Portia when anyone stands in the way of her plans.’

As the new girl in town, Kate makes a sparky splash in society by her direct and blunt manner (which takes a lot of people by surprise).

Lisa says: ‘Kate’s honesty and realness correlate with the demeanour of Sagittarius, a zodiac sign who’ll argue their way in and out of conversations and will always speak their truthful and authentic minds — no matter who they’re talking to.’

Lisa says: ‘Colin believes that in order to be taken seriously, he must be married to someone who’s at his level — which means he wants a partner that whom he can connect with and share a long life with.

He doesn’t take romance lightly or frivolously, a sentiment the sea-goat agrees with.’

Aquarius is a sign that it’s known to advocate for others, including themselves. Wild and free are the words to describe the water-bearer in its truest element.

Lisa says: ‘Eloise is the Bridgerton sister who defies the rules and walks to the beat of her own drum, like the air sign Aquarius.

They call the shots in their lives — that includes who and when they’ll marry.’

Being a true believer in love and happily ever afters, Daphne won’t settle for anything less than ideal when it comes to romance.

Lisa says: ‘Like most Pisces, she has an open heart and is looking for an intense partnership that transcends time.

Luckily, Daphne finds her passionate soulmate — who isn’t a prince in shining armour but loves the “real” her, and the feeling is reciprocated.’