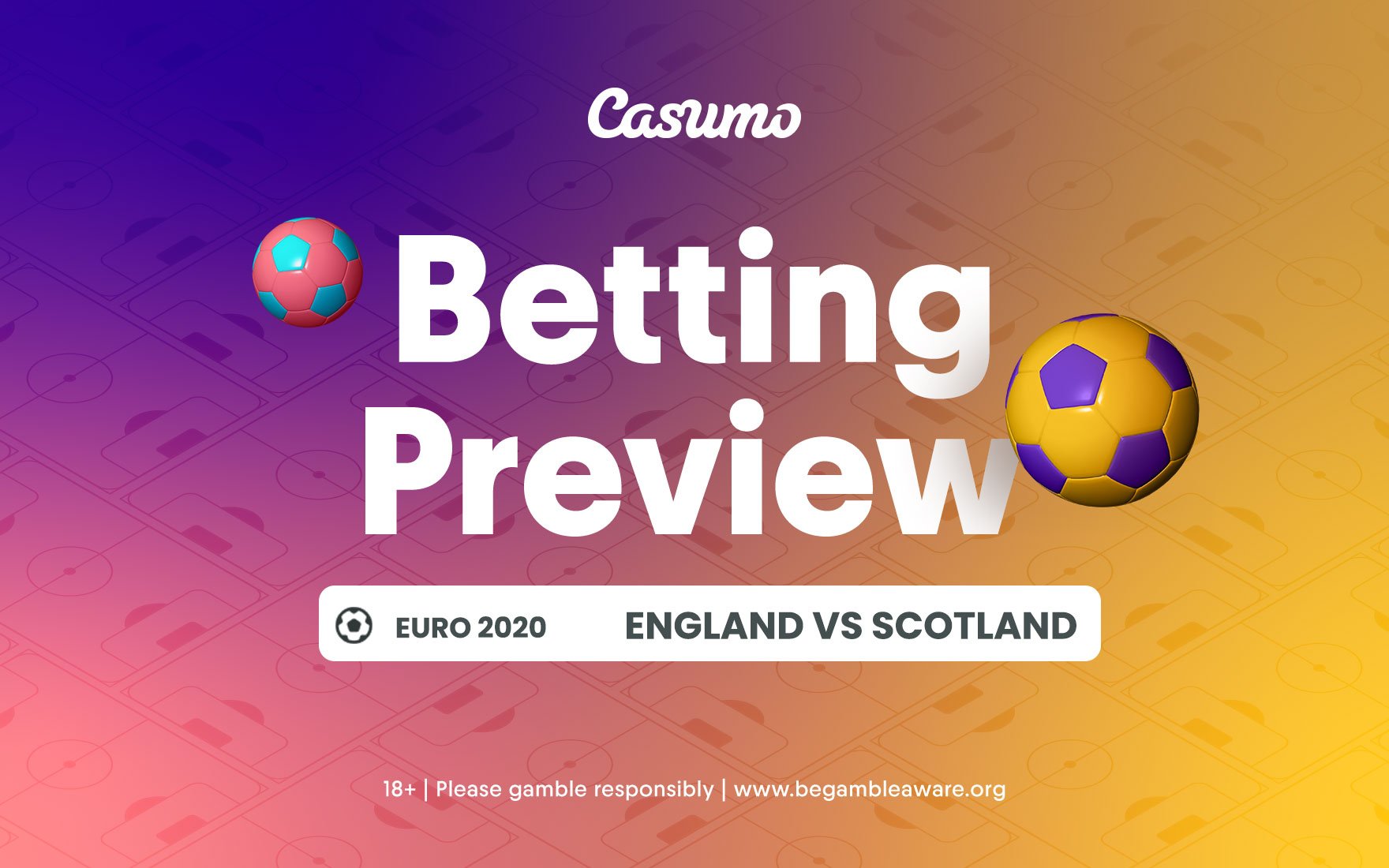 England are on the back of a hard-fought win while Scotland had bottled up their game against the Czech Republic, the Scots would need to win to stay in the competition while England should not be complacent before the game. England and Scotland are facing each other in their respective opening game of EURO 2020 at the Wembley Stadium in London on the 19th of June 2021 at 00:30 IST.

England in the first game against Croatia was pretty dominant from start to end, but that didn’t really translate into goals nonetheless, Croatia defended with all their heart and looked to score as well which thankfully didn’t happen if you are an English supporter while also managing to scrape through to victory, the England side. England cruised through the qualification round with a commanding campaign filled with goals and wins along the way. After the eight games played, they won as many as seven matches while losing just a game. They scored the second-highest number of goals in the campaign netting 37 goals in the eight games. They just conceded six goals in the process. They finished as the number one team from Group A scoring 21 points with the likes of the Czech Republic coming in a distant second with 15 points.

Coach Gareth Southgate has had a stellar start to his coaching career over the years with the national team and is looking all set to translate that into winning more trophies which considering the team he has at his disposal is not a tough thing to do. Rahim Sterling scored the all-important winning goal against the Croatians in the first game while he was ably supported by Mason Mount, Kalvin Phillips and the central defender’s John Stones and Tyrone Mings who were all in decent touch. Captain Kane and the others also need to step up their game more.

Scotland came in as underdogs into the tournament after the playoff matches, in the first match, they were completely outplayed by the Czech Republic national football team and eventually lost the tie by two goals to nil. Now they are facing two tough teams in the next two games and would hope to salvage something out of these games to qualify into the next round. Scotland did not qualify from the regular bracket of squads i.e. the top two teams buckets from each group but managed to do so after being the third-best squad from a bigger group of six teams.  After the ten games played, they won just five matches while losing just five games as well. They did not draw any games. They finished scoring 15 points with Belgium and Russia topping Group I. They conceded more than what they scored, which is not actually a good sign for any team going into a big competition like EURO.

Steve Clarke, the Scotland national football team coach has been quite inconsistent with results gathered, while the progression of the team under has been on the rise nonetheless but they have been too slow off the block in tournaments like these which could prove fatal along the way, Clarke might need to rectify that aspect of the game which if done would make Scots a tough team to beat on any day. Andrew Robertson was the lone bright spot in the otherwise poor showing from the Scots against Croatia. Everyone else needs to step up big time against England for the away side to have any chance on Saturday.

England are favourites to win according to the Casumo Sportsbook. They are placed at 1.33 odds while Scotland is placed at 10.50. The odds for a draw is 5.10.

England have everything in their favour going into this game, while Scotland is lagging in head to head record, recent form and in the present points table as well. England are coming into the game after being rather held to a one-nil win over Croatia and Scotland were completely outplayed by the Czech team. This match will need Scotland to play their best football to have any chance here, as long as they don’t do it, England look favourites to win this.

England are in brilliant goal-scoring form with their famed attack consisting of Kane, and co. They have had six l of their last nine games where they have managed to score over 1.5 goals as a team. This is across all competitions while playing at home too, this record is equally impressive with four of their last seven matches being able to produce goals and to be precise, England scoring over 1.5 goals all by themselves. All four of their last four head to head matches with Scotland have also seen that the above condition have been satisfied. Even while they head to head at home, they have a similar record as well. Scotland have conceded over 1.5 goals in two of their last three games to suggest that the match between England and Scotland would have the Dutch score over 1.5 goals in total. The odds for that is 1.50 according to the Casumo Sportsbook.

Five of Scotland’s last seven games have seen them scoring over 0.5 goals in them. This was played across the EURO, Friendlies, World Cup Qualifiers, and the Nations League. While playing away in the above competitions, all three of the last three matches have seen over 0.5 goals in total scored by the Scotland football team. Four of the last five head to head matches between England and Scotland have also seen the latter score over 0.5 goals. Two of their last three head to head matches against England playing away also puts the above statement into full effect. So it’s most likely that Scotland could well score over 0.5 goals in the next match. According to the Casumo Sportsbook, the odds for that is 2.08.

For England, this could be a cakewalk while for Scotland, the match could make or break, a slip up here could well get them out of the competition, while England will hope to carry on the win they got over Croatia. Summarising on a couple of bets from above: