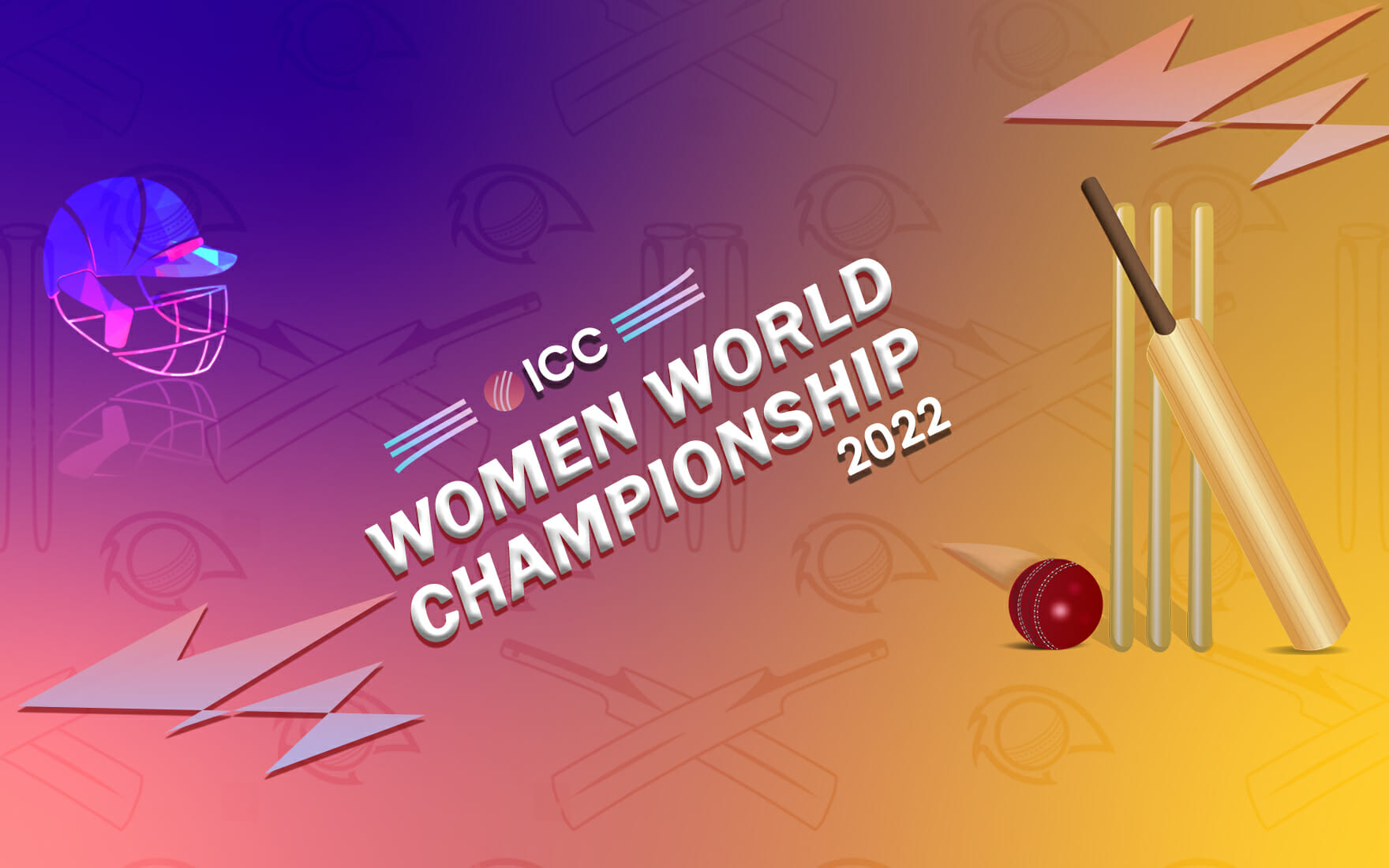 Men’s cricket may dwarf the women’s game internationally but few people know that the first women’s World Cup was held in 1973 – two years before even the men’s World Cup’s inaugural edition in 1975. Since then, 10 more women’s World Cup have been played, making the upcoming edition the 12th of its kind.

The women’s side of the sport has never been flush with money, and so funding was a massive issue for the first few championships. This is why at times there were even six-year gaps between some tournaments. Over the past two decades, the tournament has become more organized and attracts sponsors, and so the World Cups in present times are held every four years.

Since these tournaments are now much more professional and offer a variety of online cricket betting opportunities to benefit from, it was only appropriate that Casumo took a detailed look at it.

Check Out All of Our Odds Here

Here is all that you need to know about the ICC Women World Championship 2022:

The first-ever Women’s World Cup, as told above, was staged way back in 1973 and hosts England were the winners of that inaugural tournament. There weren’t any knockout stages or even a semi-final or a final back then so whoever topped the round robin stage was declared the winner. England finished at the top that year, piping second-placed Australia to the title. Fun fact: that tournament also had another side named Young England, which finished last.

After observing the past winners, it’s clear to say that this tournament has been dominated by Australia (six titles) and England (four titles).

The ICC Women World Championship 2022, with New Zealand as its hosts, starts March 4, with the final scheduled to be played on April 4.

The tournament will see eight of the very best international women’s cricket teams battle it out over 31 matches.

Since it is an eight-team tournament, there was no point of dividing the teams up. Thus, the group stage basically is one giant pool, with each team facing the other seven opponents once, with the top four to advance to the semi-finals or the knockout stage, whichever you would like to call it.

New Zealand got a direct entry into the ICC Women World Championship on account of being the hosts, while the other seven were picked on the basis of their WODI rankings. Thus, if you’re thinking why isn’t Sri Lanka in this tournament, then that’s because the Sri Lankans are ranked ninth.

India have never won the Women’s World Cup, although they did come close twice – once beaten by Australia in the final in 2005 and then by England in the last tournament. While the 2005 final defeat was heavy, the Women in Blue had come agonizingly close in the 2017 final where they fell just nine runs short of England’s total of 228.

To erase that pain and pass the final hurdle, Indian selectors have named a strong unit led by Mithali Raj, with experienced batters Smriti Mandhana, Harmanpreet Kaur and Shafali Verma there to support her.

The leader of the bowling unit will of course be Jhulan Goswami, who will have Poonam Yadav, Sneh Rana, Deepti Sharma and Rajeshwari Gayakwad by her side.

However, things have not been going well for India in the 50-over format for the past few years. In fact, since 2019, they have won just 13 WODIs and lost 13. They’ve also had notable defeats against main rivals Australia, England and New Zealand in bilateral series over the past year or so.

Their recent five-match series with New Zealand was supposed to help them acclimatize to conditions Down Under. That very well may have happened but it came at the cost of a 4-1 mauling.

With Raj turning 40 this year, it will certainly be her last World Cup. If she can deliver the ultimate prize as a farewell gift, it would tremendously boost the sport in India and might even fast-track plans to launch an Indian Super League for women.

Who are the betting favorites?

There are no surprises for guessing who the favorites are for winning the ICC Women World Championship this year. If you’ve won six of eleven tournaments, you’ve every right to be the favorites for the tournament’s 12th edition. We’re of course talking about the mighty Australian women here. They are odds on favorites to win again.

They are followed by England, who are no slouches either as evident in their quartet of previous triumphs. New Zealand had a spot of bother last year when their form was horrendous and saw them win just one of six WODIs against main rivals England and Australia. That said, they inflicted a heavy defeat on the talented Indian side this year and looked impressive in the warm-ups as well where they beat Australia. The White Ferns, as they are called, are also among the co-favourites.

The Mithali Raj-led Indian unit is fourth in the pecking order followed by South Africa. The West Indies also pack some mercurial talent and could be the dark horses, especially at whopping odds.

Check Out All of Our Odds Here

Is there a sports betting bonus on offer at Casumo?

There are no bonuses offered specifically for our sportsbook. However, we do offer a welcome bonus, which can be used across the site – be it for sports betting or casino games.

Can I bet with Casumo using my smartphone?

Yes, Casumo has a fast and convenient mobile app for both android and iOs. You can get the apk file for either version through our website and indulge in online cricket betting.

No, at Casumo, one account will give you access to all our products and features. Owning multiple accounts is actually forbidden on Casumo.

Is Casumo open to Indian customers?

Absolutely! We now have a presence in India and we love serving our Indian players.