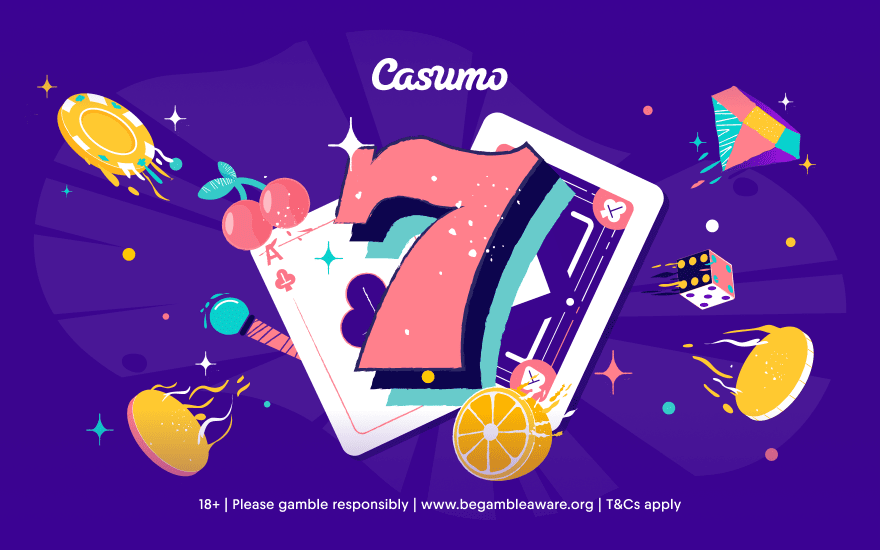 The Casumo Universe 31 Weeks ago

There are several ways you can break down the different groups of casino games. There’s the way that many casinos do it: slots vs table games. Or you can think of them in terms of strategy, like games of chance vs games of skill.

For some, like poker or craps, you need a dealer (often called a croupier). Others, like many video slots, create whole worlds for you to enter solo. Some of these you can set to autopilot and watch your luck unfold. Others, like Slingo and game shows, require your active participation.

What Are the Different Kinds of Casino Games**?

There are a lot of games you can play at an online or brick and mortar casino. Some are games of skill, most are games of chance, especially when you consider that any game of skill that one doesn’t know how to play is a game of chance.

Even games that do have a learnable strategy still have a house edge. Over the long term, it’s extremely difficult if not impossible to beat the casino. So, the best reason to play a game is not because you think you’ll come out on top, but rather because you love playing it. Casino games, despite what you may have been told, are about having fun. Read on to find the game that you enjoy the most.

You can learn more about each type of game, including where to play them at Casumo, on our Casino Games page.

** This article is meant to inform those interested about the various types of casino games that exist. Casumo players, please note the possibility that not all types of games mentioned above are available in your country of residence.

Types of Casino Games of Chance

Games of chance are based on pure luck: the spin of a slot reel or a game wheel. So, you’ve gotta ask yourself one question…do you feel lucky? Do ya? Let’s hope so, because we’ve put together a list of all the games of chance!

Slots are one of the most important categories of casino games due to their popularity and the sheer variety.

The first slot machines were invented in the United States around the turn of the 20th century, and they really caught on when Las Vegas casinos took off after Prohibition. There, they were originally installed to entertain the wives and girlfriends of high-rollers, who were supposed to be off playing blackjack or other table games. Nowadays, most high-rollers are slots players!

Classic Slots – based on the original slot machine mechanic and often using the same Lucky 7s, liberty bells, and fruit symbols that the first slot machines made popular, these are easy games to play. Get three matching symbols and the machine pays. As simple as that.

Video Slots – Video slots are more feature-rich and come with cutting-edge graphics. They often have bonus rounds that are like whole other games within the standard base game. The sticky, expanding, and block wilds plus the multipliers, tumbling reels, and cluster wins add a staggering amount of variety to the original slot concept. Learn what all these terms mean and more on our Slots page.

Jackpot Slots – Jackpots can be fixed, where the win amount is set, or progressive, where a percentage of each player’s stake is added to an ever-growing prize pot. Most jackpot games are video slots where you win the jackpot by beating the bonus round, adding even more anticipation to the game.

Megaways Slots – These use a mechanic developed by game provider Big Time Gaming that adapts the number of reel spaces and symbols in play with each spin. This way no two spins are the same, and the number of pay lines, or ways to win, skyrockets into the six-figure range.

Slingo is a game combining elements of slots and bingo. The game is played on a 5×5 grid with slot reels placed directly below. Each game lasts 10 spins (not counting bonus spins). Players match the numbers that appear on the reel with those on the grid to get Slingos and move up the pay ladder. Think of it like crossing off the numbers on a bingo card as they get called out.

In addition to numbers, there’s also jokers that allow you to choose the number you’d like to eliminate – maybe one where you have multiple potential intersecting Slingos (you can win horizontally, vertically, and diagonally just like in bingo).

Slingo takes popular slots and live casino game shows and adapts them to Slingo. Check out the Slingo section of our Casino Games page to learn about the most popular Slingo games at Casumo.

Have you ever wanted to be on a game show with a big, lit-up wheel spinning in the background, charismatic hosts, and contestants competing for the big prize? Well, now’s your chance!

Casumo’s live casino offerings include game shows featuring hosts spinning huge bespoke wheels in real time on games like Crazy Time, where players bet on which multipliers and bonus features they think the wheel might land on. At Casumo, we offer game shows based on books like game show  Alice and Wonderland, on TV shows like Deal or No Deal, and even on popular slots, like Gonzo’s Treasure Hunt, based on the hit slot game from NetEnt.

Sic Bo is a game based on the outcomes of three dice, versions of which have been played in China for centuries. When you enter the live Sic Bo lounge, the first thing you’ll hear is the rattling sound of the three dice jumping around in the dice roller cup. When they come to a stop, the results of the roll appear on the screen and are announced by the dealer. Another round is starting, it’s time to bet!

Craps is a high-energy game played using two dice at a table managed by a croupier. It’s played in rounds, with a different “shooter”, or person throwing the dice, in each round. The objective of Craps is to guess the sum total of the two six-sided dice thrown. In our live craps offering, the dice launcher throws the two dice against the opposite wall of the craps table to generate an outcome. There are different bets allowed on different rolls, with more or less of a house edge.

Roulette is a classic table game of chance. It gets its name from the French word for “little wheel”. The roulette wheel features a circular track with red and black “pockets” (numbered squares on the wheel where the ball can land). In European Roulette, there’s also one green pocket with a zero, whereas in American Roulette there are two, marked 0 and 00. Roulette balls, also called pills, are small white balls designed to fit perfectly in the pockets.

Players can bet on colours, on a type of number (odds, evens, highs, or lows), or on a particular number. As the pill skips to a stop at the end of the spin, winnings are distributed to anyone who bet correctly. The lower the odds, the higher the payback.

Baccarat is a card game based purely on chance. Unlike the card games of skill that follow, in baccarat, players don’t move the cards or make decisions based on their hands. Either the Banker wins or loses, and that’s all she wrote. Don’t let the simplicity fool you into thinking there’s anything boring about baccarat, though. The specific rules of the game make for highly-varied results, meaning neither the player nor the house ever really know what will happen in the short term.

Types of Casino Games of Skill

Blackjack is actually considered a mixed game, combining chance and skill. Lady Luck can get a boost from the player’s know-how, and on the flip-side, things can fall apart despite solid strategy if you just don’t have the cards. Blackjack is a fast-paced game. Part of its appeal is that it requires everyone playing to think on their feet.

The objective of the game is deceptively simple: get close as possible to 21 without going over. You win by getting closer to 21 than the dealer. The skill comes into the game when you decide whether to “hit” (get an additional card) or “stand” (stick with the cards you already have).

At Casumo, you can play what we call online blackjack, the computerised version, or play live blackjack against dealers in real time.

The goal of poker is to convince the other players to fold because they think you have the best hand. In order to not be fooled, you have to keep in mind the odds of different hands, or combinations of cards. You also need to know how to read people, and how to “bluff” or lie about the cards you have. So, in a way, there’s a bit of acting skills required as well.

There are lots of variations of online poker, including Texas Hold’em Bonus, Three Card Poker, Casino Hold’em, Caribbean Stud Poker, just to name a few. In addition, all of these have their own sub-variants based on how many cards and decks are used. Of course, when you play poker at an online casino, the game is slightly different because you play against the house instead of against other players. At Casumo, we have several versions of a wide selection of online poker to play solo or live poker with a dealer.

Check out our Casino Games page to find the selection we have on offer for each different type of game discussed here. There, you’ll find the newest Megaways slots, see all the different versions of poker, and more.