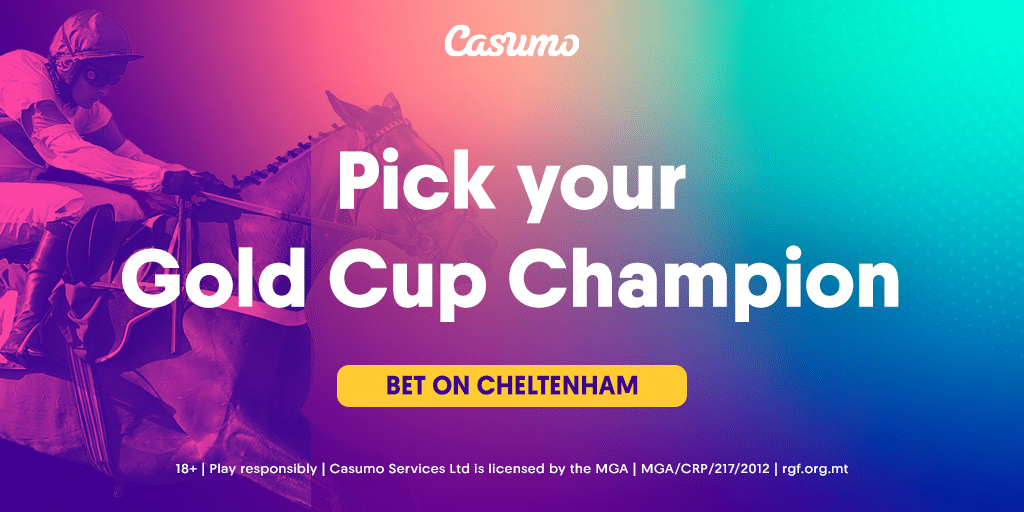 The Cheltenham Festival is a horse racing event steeped in tradition. Its origins date back to 1819 and the undoubted highlight of the week is the Gold Cup. The Gold Cup is presented on the final day of the Festival, which is on the Friday. There have been so many iconic champions over the years. The all-time most successful horse is Golden Miller, who won the Gold Cup five times on the trot from 1932 to 1936. Since the turn of the century, there have been multiple champions.

Best Mate achieved a three-peat between 2002 and 2004, while Kauto Star was a two-time champion in 2007 and 2009. Kauto Star was a class act in his day and he is widely regarded as the greatest steeplechaser of all time. The Gold Cup holds a lot of prestige within the National Hunt calendar and it excites the British public and racegoers in a way few other horse racing events do. Indeed, the Cheltenham Festival usually sees over 250,000 racegoers flock to see world-class racing action over the course of the week.

Known as the Blue Riband of steeplechasing, the Gold Cup is a test of stamina. Run over three miles and two-and-a-half-furlongs, there are usually lots of twists and turns. The 2020 edition of the Gold Cup was pulsating for the neutrals as Al Boum Photo claimed back-to-back wins. Striking for home, Al Boum Photo was neck and neck with Santini before he managed to hold him off. Santini was making his sixth start over fences and he came very close to causing an upset, but Al Boum Photo took the spoils.

For Willie Mullins, Al Boum Photo’s victory 12 months ago only served to further cement his place as one of the best trainers in Cheltenham Festival history. Mullins has saddled four winners at the Gold Cup and Paul Townend has been on board three of them, which has highlighted the effectiveness of their partnership. Mullins will be looking to emulate the feat of esteemed trainer Henrietta Knight this year, as she guided Best Mate to three Gold Cups on the bounce. However, due to COVID-19 restrictions, it is unlikely there will be patrons at the course this time around.

There have been many memorable Cheltenham Gold Cup moments over the years and there have even been some surprise winners in horses that were considered outsiders. For example, the biggest-priced winner in the past decade was Lord Windermere, who was a 20/1 shot when he triumphed in 2014. Since then, there have been a raft of fine winners. One of the most evocative races was that of 2018, when Native River held off the attentions of Might Bite in an exciting finish for his first Gold Cup victory.

For some jockeys, Cheltenham has been a home from home. 20-time Champion Jockey Sir AP McCoy – who retired in April 2015 – rode 31 winners at Cheltenham and secured two Gold Cup wins. His second Gold Cup triumph came on board Synchronised in 2012 – a full 15 years after his first triumph. While Synchronised needed some encouragement during the race, McCoy came up trumps as he seized the initiative over the final fence to keep 50/1 outsider, The Giant Bolster, at bay. McCoy thrived at Cheltenham, unlike the Grand National where he suffered a lot of heartache.

For Paul Townend, he will only have to wait a couple more months to make his bid to claim a hat-trick of Gold Cup wins on Al Boum Photo. Few people win the Gold Cup more than once, but Al Boum Photo is a special horse. Townend was keen to emphasize this after last year’s win. He said: “This is the one, the icing on the cake. The Gold Cup is the Gold Cup and I’ll have to wait a year for another one.”

Welcome bonuses to all new players