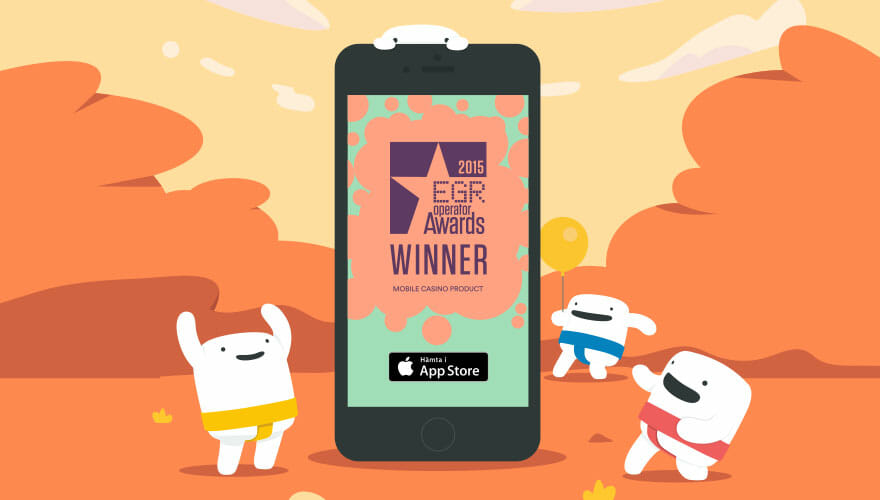 Casumo’s goal has always been to create the best online casino in the world by offering players a diverse and dynamic playing experience, wherever & whenever they want it. In the annual EGR Operator Award Casumo was awarded the best mobile casino of the year, and last week Casumo’s new iOS app was released – faster and smoother than ever.

“Casumo don’t do mediocrity. We set our minds to focus on the things that matter, from a player perspective. The idea was to get our players as close to gameplay as possible. By doing so we had to think about more or less every step within the product”, says Raquel from the mobile team at Casumo. The following six fields became the main areas of focus.

Which are the main pain points while signing up to a service on mobile? The mobile crew started with that question. Many web and native apps today still make use of a single page with multiple fields for signing up, but Casumo went for another approach. By trying to keep the interactions to a bare minimum they made the flow of signing up linear rather than vertical. This limited interactions while registering and therefore created a more convenient way for you to register.

We set our minds to focus on the things that matter, from a player perspective.

Upon login you will be directed to your personal dashboard. The dashboard is a place tailor-made for you, showcasing things that are important at that given time, such as latest played games, games most likely to attract you, Casumo’s most popular games, the current Challenge mission and the available valuables. With just one tap and you will be taken to your preferred choice.

When you receive a new valuable (such as deposit bonuses or free spins), you will get notified in real time. You can take action upon this instantly by just tapping on the valuable and will then be forwarded to the actual game if it’s a free spins valuable or to the deposit page if it’s a deposit valuable. You also get notified when you receive a trophy in a game or when you have completed a mission within the Challenges.

This is probably the biggest hassle at most casino sites. Casumo took a similar approach as for the signup flow, keeping it linear in order to create a sense of always moving forward. They also created their own keypad instead of going for a native keypad, and by that they could create a more intuitive way to process the deposit and withdrawals flow. This also made it a lot faster to use.

Also, the design compromises you usually have to do while being dependant by a native keypad became irrelevant. On top of this, Casumo is the only operator that makes it possible for you to add a new deposit method and do the actual deposit without even using the native keyboard once.

By leveraging the game recommendations engine Casumo introduced new top lists to the mobile product. Focusing on your individual playing pattern, rather than only the average performance of the games for a specific market, they have now curated the game browser to a larger extent and by that keeping it more relevant towards you.

Not only did Casumo aim to create the most intuitive product. It had to be blazing fast as well. The mobile team put some major effort in tweaking every single issue that could affect speed. They brought login time down to less than 0.6 seconds and also decreased load times extensively throughout the product by platform improvements and cloud solutions.

Casumo’s new iOS app is faster and smoother than ever and keeps all the great features of the award winning mobile site. It also comes with some unique additions:

Pinch to minimize a game. Keep a game running while you deposit, browse other games or check on your adventure level or current challenge. With auto spins running now you can keep winning while you explore the rest of the app!

In game notifications. See when you level up, gain a new belt, win a trophy or complete a mission, all within the game – just like on desktop!

Do you wanna try Casumo’s award winning mobile casino? Go to App Store and download the native app to your phone here.