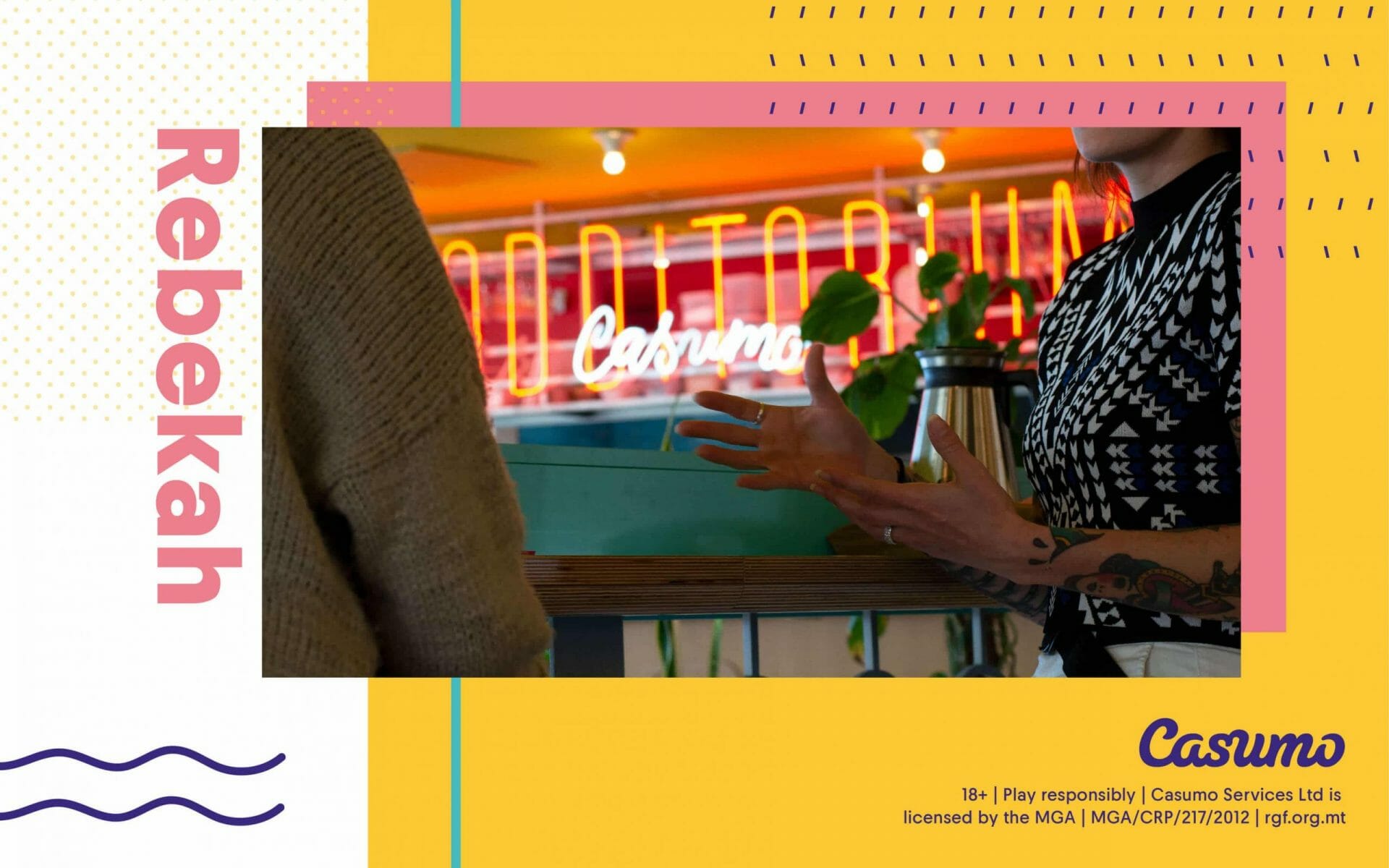 The Casumo Universe 152 Weeks ago

In celebration of the upcoming International Women’s Day 2020 on March 8, Casumo asked five of their in-house power women a couple of questions about their role within Casumo and the women they admire. In the final interview we’re talking with UK Compliance Manager Rebekah, who’d love to be a dragon for a day.

Rebekah has a lot on her plate, to say the least. Her day consists of double checking everyone else’s work to make sure it’s 100% compliant. Nonetheless, she managed to squeeze in a little bit of time for us and our questions.

Casumo: “How long have you been with Casumo? ”

Casumo: “What do you do at Casumo?”

Rebekah: “I look after the compliance and regulation for the UK jurisdiction, making sure that what we offer our players is fun, safe and secure.”

Casumo: “What are you most proud of having accomplished within Casumo?”

Rebekah: ”As the official sponsor of Reading Football club, we worked with them on 2 occassions to auction off signed club shirts. The proceeds that were raised were donated to GamCare’s BigDeal project which provides youth outreach services across Great Britain. To be able to support such an important project and create awareness of responsible gambling made me very proud.”

Casumo: “Please tell us which woman you admire the most?“

Rebekah: “Marie Curie who changed the world not once, but twice. She founded the new science of radioactivity – even the word was invented by her – and her discoveries launched effective cures for cancer. She was the first woman to win a Nobel Prize and the first person to win a second Nobel Prize.”

Casumo: “Which female athlete do you admire the most?”

Rebekah: “Wilma Rudolph, the first American woman to win three gold medals in a single Olympics. She overcame the loss of strength in her left leg and foot, caused by polio at five years old, to become the fastest woman in the world at the 1960 Olympics. Her strength and drive is something to admire and respect.”

Casumo: “If you could choose to be a female slot character for a day, who would it be and why?”

Rebekah: “My sister and I are super close and fight our battles together which is exactly why I feel drawn towards Dragon Sisters from Push Gaming. Just to clarify, I’d like to be one of those fiery dragons, preferably the red one.”

Casumo: “Fierce. Noice. Thanks a lot for this Rebekah, you’re an inspiration! ”

Have a look right here to find out which International Women’s Day events are being organised close to you! #IWD2020 #EachforEqual