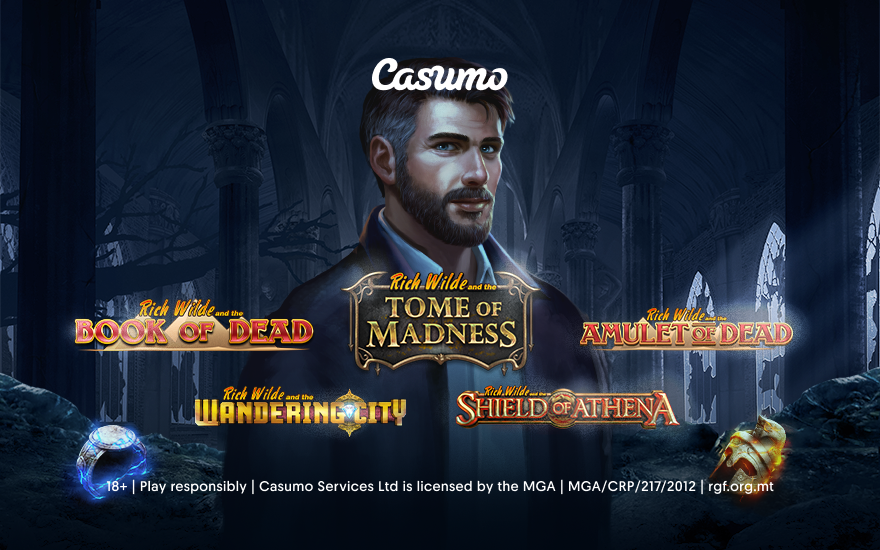 It’s no secret that Book of Dead from Play’N GO is one helluva hot slot. It’s one of those games that we generally like to refer to as ‘the usual suspect’ when we’re talking about our monthly Top Games list. But did you know that there’s a whole bunch of other adventure games featuring Rich Wilde (and sometimes his daughter Cat) to explore?

In Casumo’s Most Popular we usually highlight one popular slot at a time. But in light of the upcoming release Rich Wilde and the Wandering City, we decided to dedicate this blog post to an entire series of games, taking you on many adventures with main man Rich Wilde.

Keep on reading to find out more about the Rich Wilde slot series!

That rugged adventurer really gets around! He’s also quite the bookworm: find him leafing through the ancient Egyptian Book of Dead (slot) or the Tome of Madness (slot). More on these slots and others in the video. 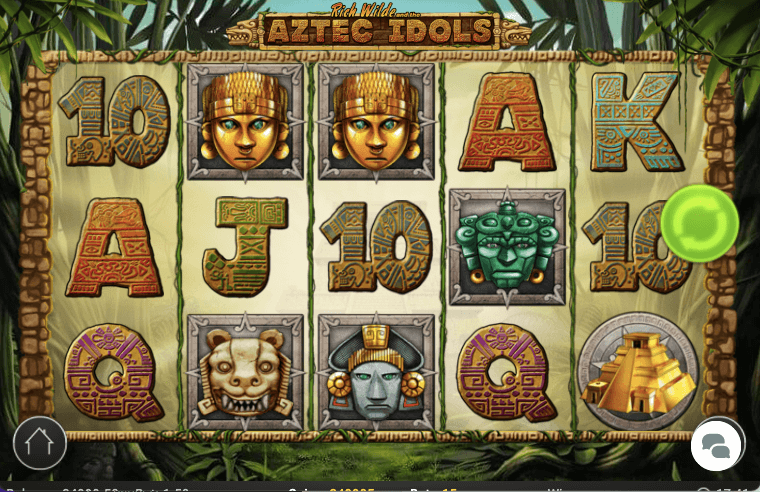 In Aztec Idols we meet daredevil slash treasure hunter Rich Wilde on a jungle trek where he doesn’t shy away from booby traps..! Highlights of this lush forest adventure are the free spins round where 1 symbol is chosen at random and pays scatter style and a Pick-Me round where you might win prizes of up to 150x your total bet. The reels include Aztec style playing cards plus 4 carved masks. The best of these is the wild symbol which could potentially lead to you pocketing 333.33x your stake.

Rich Wilde and the Pearls of India: 2014

Join adventurer Rich Wilde in The Pearls of India where he hikes in the mountains of Ancient India on a quest for sacred pearls. Central to the action is the Trimurti which is the triad of the 3 Indian gods, Brahma, Vishnu and Shiva. In the base game, winning spins could see the multiplier increase up to 10x. In the Free Spins feature, there are up to 30 free spins to be won and up to 50x multipliers. There’s also a bonus feature where you choose different temples to win cash prizes of up to 250x your bet. The maximum win potential of this game is 10,000x your bet. 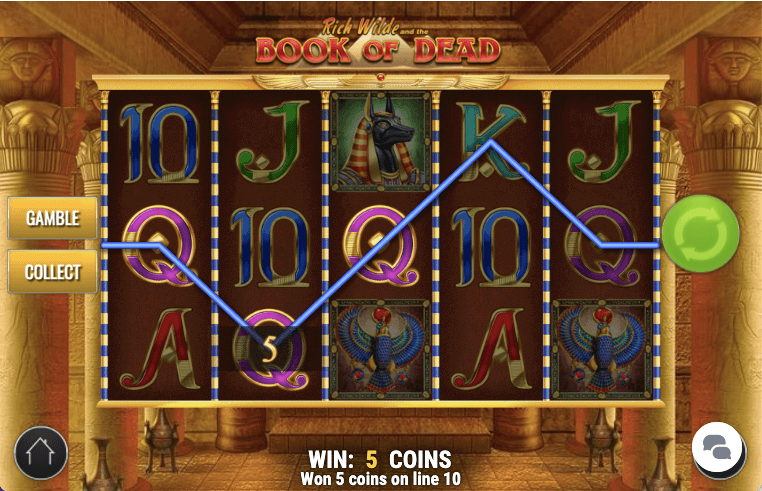 Rich Wilde and the Tome of Madness: 2019 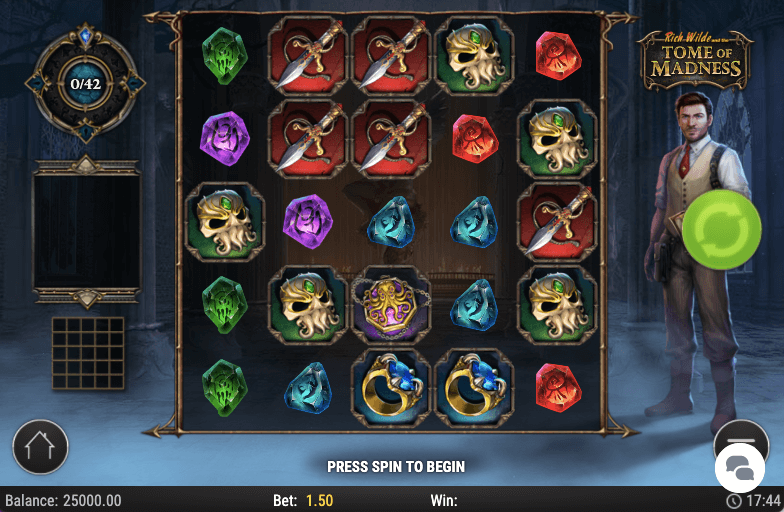 Dive into the epic quest of Tome of Madness to unlock the secrets of the Cult of Cthulho together with our main man Rich Wilde! The game is based on H.P. Lovecraft’s (in)famous fictional literary universe, the Cthulhu Mythos. It’s a cascading slot where you could potentially land continuous wins from each drop/spin. There’s a Portal Effects feature which might help you achieve the top 2,000x bet payout on each cascade/spin.

Rich Wilde and the Shield of Athena: 2020 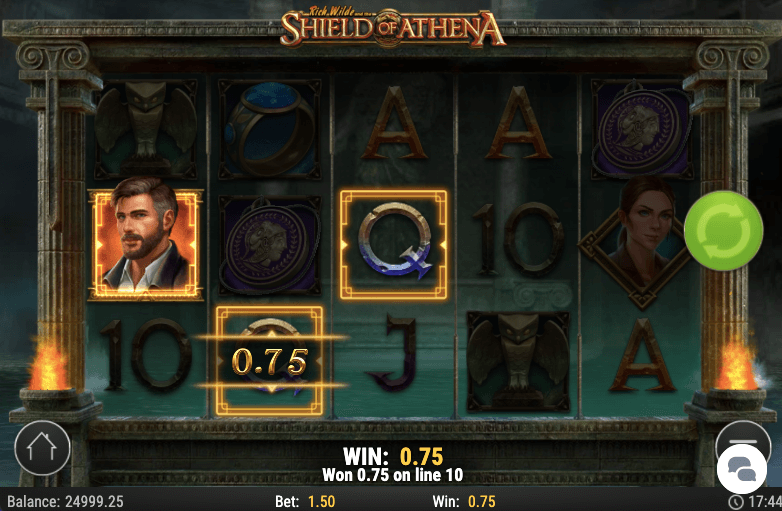 Embark on Rich Wilde’s 2020 adventure in the Shield of Athena, where you’ll be accompanied by his daredevil daughter Cat Wilde. The Greek mythology theme of this game takes our adventurers to Atlantis where they encounter Medusa. With random Wilde Re-Spins in the base game, shields landing will give you more re-spins. There’s a Medusa’s Gaze Free Spins feature where Wilde Re-Spins are always active. The unlimited free spins could offer wins of up to 10,000x your bet. Though the bigger wins might potentially come from the Medusa Re-Spin feature. 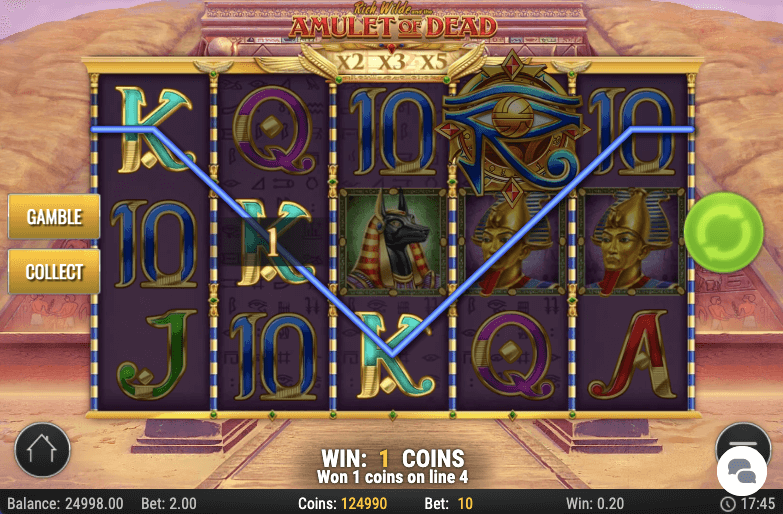 Rich Wilde’s past is finally catching up with him! He’s back in Ancient Egypt and his travels have taken him to the Temple of Isis II, where he travels between the realms of the living and the dead. Look out for the Thoth wild symbol which appears on the 3 middle reels only. When the Thoth wild appears as a stack, you will activate the Thoth Multiplier feature. The more fully stacked Thoth wilds, the bigger the multiplier.

Rich Wilde and the Wandering City: 2021 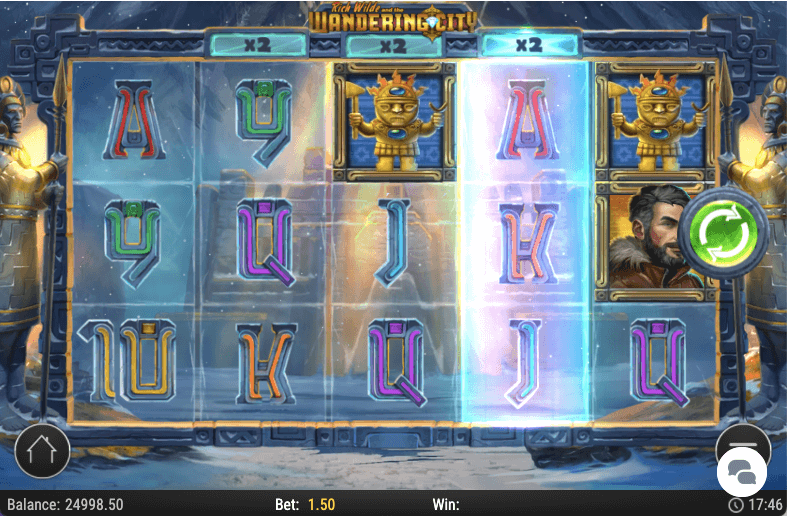 The Wandering City was rumored to be located in a valley amongst the imposing Andes mountains of Patagonia. Now, Rich Wilde is determined to finally reach the legendary city that foiled so many explorers who went off in search of its silver, gold, and diamonds. Follow the diamond scatters to discover the elusive treasure, but beware of the Patagonian giants who guard the diamond-studded city with all their might. Special expanding symbols merge with Dynamic Payways, allowing you to win across multiple pay lines. One thing’s for sure, it’ll be an adventure!

Try the latest edition to the Rich Wilde Slots Series: Rich Wilde and the Wandering City, available at Casumo

Time has come to channel your inner explorer! Grab that raggedy brown leather jacket from the back of your closet, your snazziest ranger hat and your device of choice, of course. If you’re ready to try the latest edition of the Rich Wilde Slots Series, Rich Wilde and The Wandering City then log in to your account (or sign-up for an account) and come find the slot in our Game Browser.

Gigantoonz Slot: Garga Takes Center Stage
Game releases37 Weeks ago
An Assortment of the Best Slots of 2021
Game releases40 Weeks ago
Pirates’ Plenty Megaways, available exclusively at Casumo for the next two weeks
Game releases78 Weeks ago
Welcome bonuses to all new players