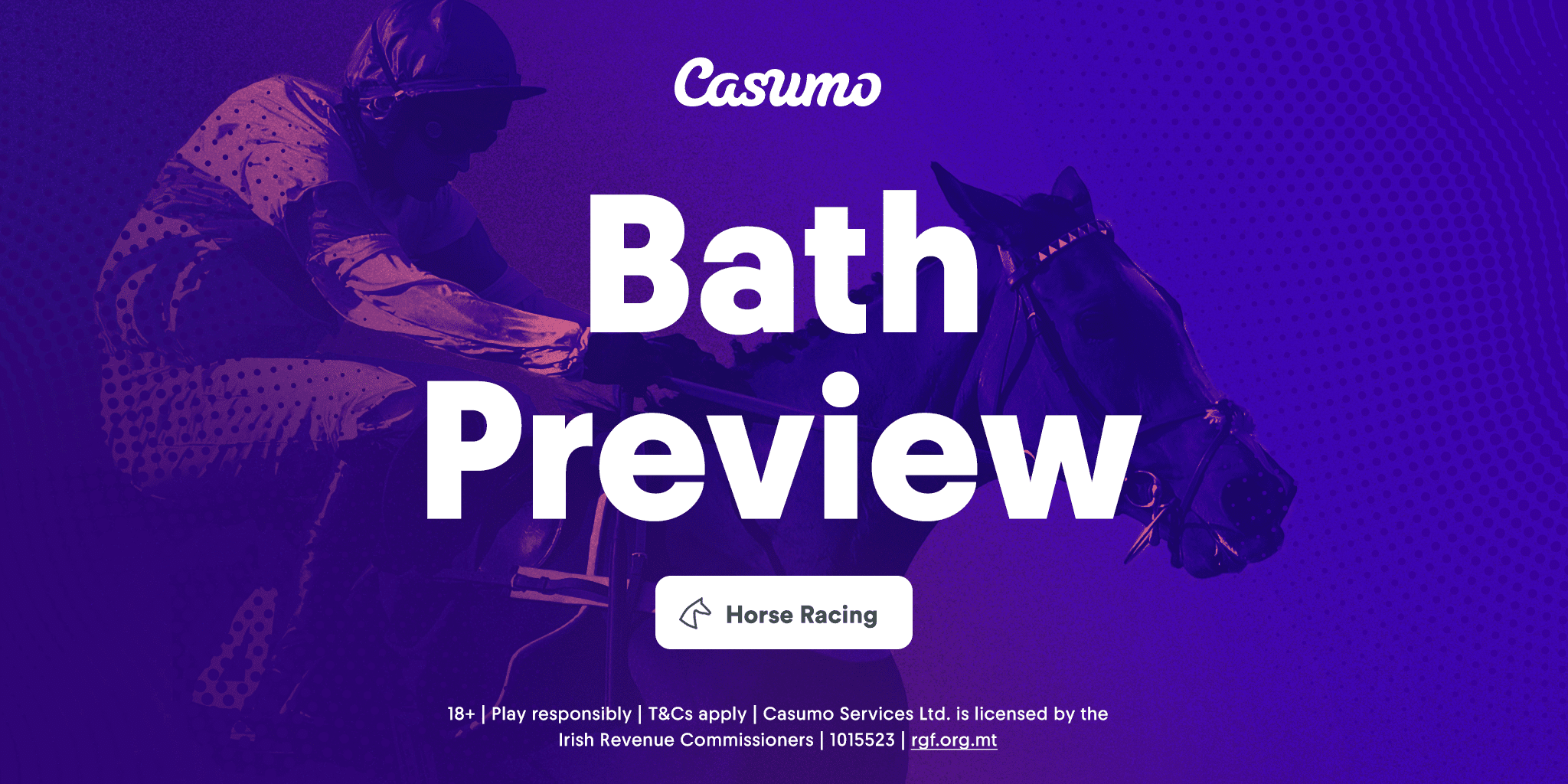 Another Casumo-sponsored afternoon this Wednesday as the SKY cameras head to BATH for a 7-race flat card.

CASUMO VERDICT: A competitive 5f sprint here. Course and distance winners Top Boy, Coronation Cottage, Thegreyvtrain and Zulu Zander are all proven here and has to command respect. We’ve also got three last time out winners in Creek Harbour, Glamorous Force and Blue Venture in the race so all head here in-form. Of those mentioned, the Malcolm Saunders runner – CORONATION COTTAGE – actually took this race 12 months ago and can go close again. This 7 year-old won this off a 9lb higher rating last year too so despite not winning a race since has dropped back down the handicap and is starting to look dangerous off this current mark of just 55. The other of interest is recent winner – CREEK HARBOUR. The Adrian Wintle yard boast a decent 26% record here with their 4+ year-olds. This 6 year-old was a nice winner at Wolverhampton last time and is also a proven course winner at the track.

CASUMO VERDICT: The market will be a good guide here with many unraced or lightly-raced 3 year-olds. The Clive Cox yard have a decent 21% record with their 3 year-olds here so their entries Just Amber and PROP FORWARD are respected, with the last-named looking their better chance. This Iffraaj colt was a solid second on debut at Salisbury last month – beaten just a head – and with that experience under his belt is sure to go well. Adam Kirby, who has a 23% record here at the track riding 3 year-olds, does the steering. Twilight Secret is another that can go well after two seconds from his opening runs, while Strike A Pose and Ray Day are others to note in the betting. But the other call is the Marcus Tregoning runner – TISTAAHAL (e/w). This 3 year-old was down the field on debut last July at Goodwood, but has since had a wind op and been gelded. It’s interesting that Jim Crowley rides and he’s got a cracking 38% strike-rate riding 3 year-olds here at Bath. To back that up the Tregoning camp also boast an impressive 29% record with this age group at the track, so he might be worth having a small e/w interest in to improve on that opening run just over a year ago.

CASUMO VERDICT: Tundra and Plansina catch the eye being the only two proven CD winners in the line-up, but it was hard to not be taken by the way SKY BRIGHT won last time out at Leicester. This Ed Walker runner stayed on really well that day after looking to hit a flat spot to eventually win by 1 ½ lengths. The form of that win has since been franked with the runner-up winning at Newmarket since. She’s up 4lbs for that win, but that looks a fair rise. Of the rest, the Godolphin runner, Natural Colour, can go well too, while Angels Landing is into a handicap for the first time and is another to respect. The other call though is MILLIE MIGLIA. This Clive Cox runner was only 2 lengths behind Sky Bright last time but has a 4lb weight pull in her favour this time so can be expected to get a lot closer.

CASUMO VERDICT: Ridgeway was a nice CD winner here back in June, but failed to back that up with a poor run at Ripon last time out so has a bit to prove. Really this looks a race the Clive Cox-trained Western Alliance runner and the Owen Burrows entry – Anmaat – can fight out. Both head here off the back of solid runs over his trip at Newbury (different races) last time out, but I just feel that with WESTERN ALLIANCE the slightly less exposed and also having his handicap debut here, there might be more to come from him. The ground looks perfect, while with just three career runs should have scope for more to come. The Cox yard also have a decent 21% record with their 3 year-olds at the track.

CASUMO VERDICT: MY BOY CHARLES (e/w) can go well hailing from the Adrian Wintle yard that do well with their runners here at Bath. This 3 year-old looks to be running into form too after an improved second at the track last time and gets in here off the same mark. That came over 1m2f, but he got a bit tired in the closing stages to suggest this drop back to a mile is another good move. He’s taking on three recent winners though in Point Louise, Yanifer and Hurricane Helen. Point Louise and Hurricane Helen are both proven CD winners too. Yanifer has, in fact, won his last two but is up another 6lbs here for the last of those and you feel the handicapper will catch up with him soon. Hurricane Helen won well here last time, but that was in a Classified Stakes and back into a handicap makes life harder. Point Louise escapes a penalty for her win last time out, but you feel this is a harder race too. So, that brings us back to YANIFER, who might just be the most reliable despite going up another 6lbs. The good news for his supporters is that connections have booked Saffie Osborne to ride, and she can offset 5lbs of the 6lb penalty. He’s got a big weight to carry still (9-13) but has a consistent profile and might just have a bit more to come still over this longer trip.

CASUMO VERDICT: Just the four runners here, but with a 44% record at the track with their 3 year-olds, the Sir Mark Prescott yard have to be respected – they run ALAMBRISTA. This filly was beaten 3 lengths here last time out over this trip – however, is down a pound for that and with only three rivals this time this looks an easier race. Luke Morris rides. Golden Whittle and Temple Lock have a bit to prove on recent runs, so the danger can come from the Marcus Tregoning runner – ARTEMIS SKY. This 3 year-old is the least exposed in the field and is interesting up in trip to 1m6f for the first time. She’s was outpaced over 1m3f last time at Windsor, so this step up in distance looks well worth a crack.

CASUMO VERDICT: A tricky apprentice handicap to end the card and not the best contest with most of the runners having something to prove. With that in mind it might pay to just keep things simple here and stick with the two past course and distance winners – CAPTAIN CLARET and NEVER SAID NOTHING. The former ran okay here at the track in June (6th) – however, is now 4lbs lower and also have a nice draw in 3. He’d probably not want much more rain, but Georgia Dobie is booked to ride too and has won on the horse in the past here at the track too. Never Said Nothing was last seen running well to be fourth at Epsom last month and has been given a chance by the handicapped dropped 2lbs for that. He’s another with a nice draw in 1 and jockey Elisha Whittington gets on very well with the horse. Of the rest, the Andrew Balding runner – Spirit Warning – is another to consider, while Canal Rocks and Regulator off a low weight can’t be ruled out.

See our Bath tips and odds