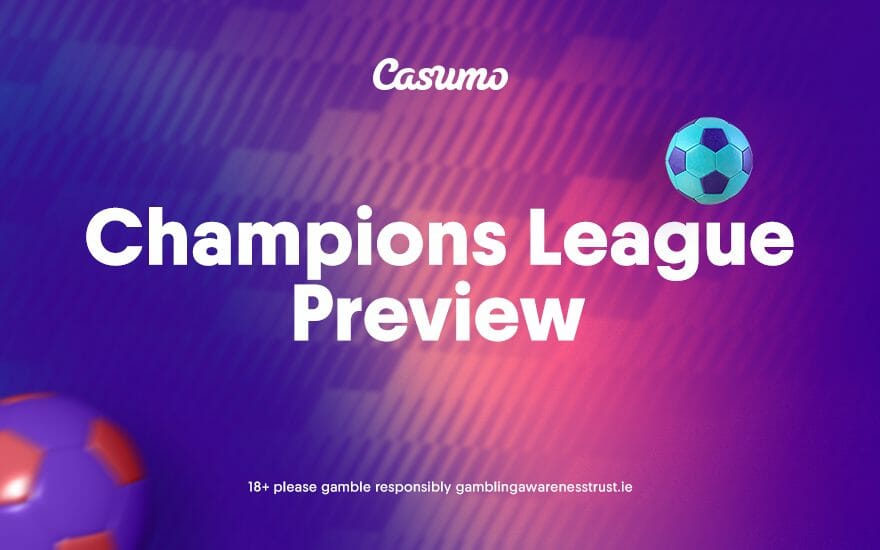 Champions League: The Round of 16 kicks off

Clash of the round: PSG v Real Madrid

18 months is not a long amount of time, but in Madrid that is considered to be when you’re constantly on the hunt for trophies. Real Madrid recently ended a trophy drought as they beat Athletic in the Supercopa, which was played in Saudi Arabia, with the competing teams jetting out for a sunnier winter.

That win gives Carlo Ancelotti’s men confidence as they next head to Paris for the first leg of the Champions League Round of 16 clash. PSG, being the home sides, are the favourites, but with both sides topping their respective divisions, it’s not an easy game to call.

The Parisians are 13 points clear in Ligue 1, which gives them a little room to play around with their starting lineups, allowing Pochettino to rest key players in time for their coveted prize. Winning Ligue 1 is significant, but his aim is clear: Bring the Champions League trophy to Paris.

The Champions League is Real Madrid’s bread and butter. They’ve won it no less than 13 times in their history and Carlo Ancelotti himself is no stranger to success in this tournament.  He has won it three times, twice as head coach of AC Milan, and once with his current employers.

Neymar has been the key absentee for PSG and his side have wobbled since his injury, drawing four of their five first league games without him, and only scoring five times. They will also be without Gini Wijnaldum, who is due to miss the next two months following an ankle injury.

The good news is that Neymar is back in full training, so this Paris squad will be bouncing. Lining up with a front three of Mbappe, Messi and Neymar is the stuff of dreams, but whether it will be enough to jolt Madrid over two legs is a different story.

Neymar is priced at 13/2 to score first

Real Madrid are four points clear in La Liga and are playing with a cool confidence in Spain. With main rivals Barcelona out of the title race and in a rough patch, you feel Madrid have never needed fourth gear this season and while that is great, it also means they might lack intensivity for the bigger occasions. The Supercopa win helped, but again, there was no elite opponent.

Experience will be the key here, and Ancelotti has got plenty, both on his own personal journey and his squad’s. Modric and Kroos are still cruising, and they know when to turn on their A game.

Benzema is Real Madrid’s in-form man as he continues his goal glut. His second half penalty put the Supercopa tie to bed, and he’s now notched 303 club goals in 585 matches. He has now won 19 trophies at Real Madrid as he chases his 5th Champions League title. 17 goals this season puts him on top of the La Liga goalscoring charts, and if you look further down, Vinicius Junior has also chipped in with 12 goals, and he’ll be one to watch this week.

Get Benzema to score first at 13/4

Or Vinicius to score first at 8/1

Well, that’s our Tuesday night sorted, but how’s the day after looking? Well, cloudy with a chance of goals. Serie A Champions Inter take on Liverpool in a blockbuster.

Inter Milan’s early dominance faded slightly, but they are still in second place, one point behind rivals Milan despite playing one game less. Their last outing was the highly anticipated match against hopefuls Napoli, who are enjoying a great season. That game ended 1-1, keeping things nice and tight at the top of the table.

Liverpool’s form is far better. They’ve notched up four wins on the bounce and are playing with unbeatable swagger. Granted, the Premier League title race may be well and truly over, but this fact might give Liverpool the extra bit of motivation to win the Champions League again.

It is a squad full of winners. Sadio Mane just added the AFCON to his trophy cabinet after his Senegal beat Salah’s Egypt on penalties.

That Cup final will have hurt Salah, but it won’t leave a stain on his fantastic season. 16 Premier League goals sees him top the goal scoring lists, and he’s closely followed by team mate Diogo Jota, who has been a super signing for the Reds.

The goal scoring prowess this Liverpool side has is frightening, and we expect Inter to dig deep, leaving Liverpool with plenty of the ball as the Italians use a traditional compact style to absorb the pressure.

We’re going for a Liverpool win, a slim one at 0-1, but that away goal can be crucial. That scoreline is priced at 8/1 with Casumo.

Get Diogo Jota to get that goal with odds of 27/5 here.