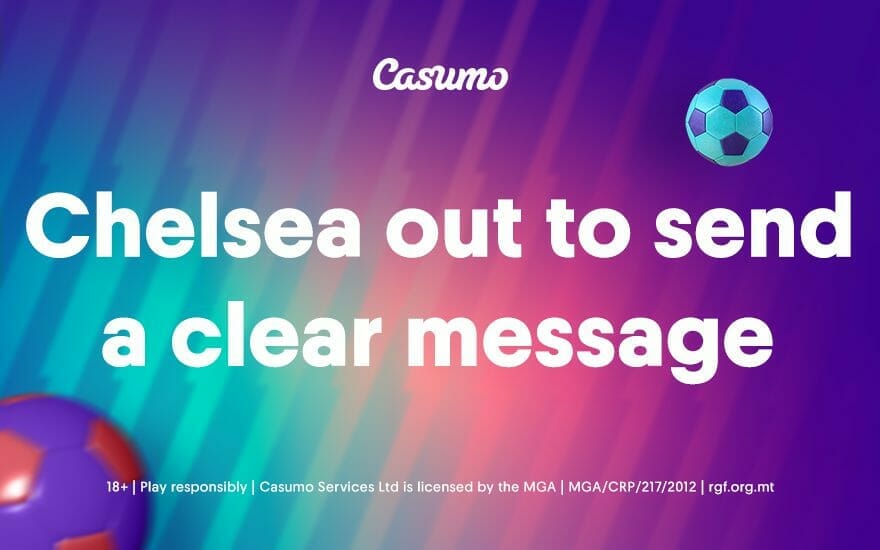 Chelsea out to send a clear message

Roll up, roll up, we’re in for a real treat this weekend. It’s the pretenders versus the champions, the prototype versus the type cast and we can’t wait. Saturday’s early kick off is arguably the biggest game of the season so far, and the show continues on Sunday evening as the North London Derby kicks off.

Chelsea have been irresistible this season and Kante’s smile as he tucked away their second in their roll over of Spurs made them almost likeable for the neutral. Tottenham couldn’t lay a glove on them as their good start quickly faded… and to be fair to Spurs, right now any team would struggle to get to grips with this Chelsea side. Their defence has been almost impermeable, with their only concession coming against Liverpool.

They’ve also outscored almost everyone in the division so far. 12 goals have flown in for the Blues this season in five matches, only one fewer than Manchester United who are looking solid upfront following Ronaldo’s arrival.

Pep Guardiola’s Manchester City are yet to get going this season. A drab goalless draw at home to Southampton failed to set any standard and their lack of an out-and-out striker is beginning to show.

Historically, this clash also favours Chelsea. The Blues have not lost to City in the last three clashes and things get worse for City when you study Chelsea’s home form. They are undefeated in their last five home games and Stamford Bridge is becoming a fortress under Thomas Tuchel.

It is early in the season to see what impact a negative result will have on Manchester City, as they only trail Chelsea by three points in the table. A City win balances out the Premier League perfectly, while a Chelsea win will send out a clear message to Champions City.

And if you think Chelsea will go on to win the Premier League, back them early at 2/1 or 3.00

Is this the worst time for a NLD?

Spurs losing 3-0 against Chelsea is not ideal preparation for a North London Derby. Meanwhile, Arsenal carving out back to back 1-0 victories may seem good, but hardly impressive. A win is a win, but they have only come up against Norwich and Burnley to claim their only six points of the season so far.

Both sides have been dire. They’ve been boring to watch, uninventive and the performances have been forgettable. We hope this form won’t spill over into this Sunday’s derby. Yes yes, we know, form often goes out of the window in a local derby, but with both sides being so timid it’s hard to see where the goals will come from.

These sides barely ever cancel each other out. The last goalless draw came back in 2009 at White Hart Lane and both teams have transformed considerably since then.

This game will need a hero, but it’s nigh impossible to imagine who will step up for these struggling sides.