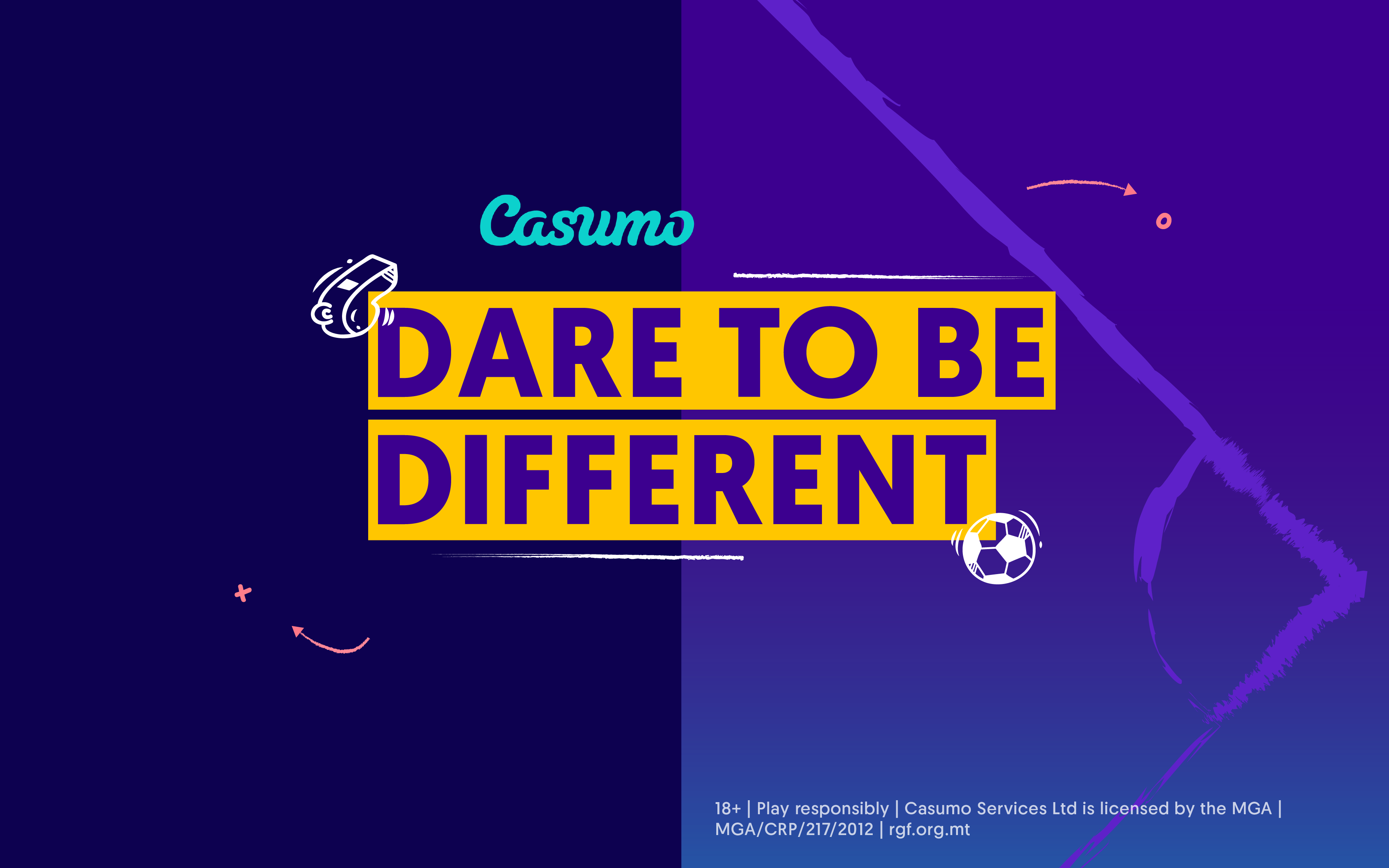 Dare To Be Different: The Series

Casumo is fascinated by the mavericks who do things differently in life and sports. We’re curious about what makes people tick, how they react to somewhat different circumstances and what motivates the greats to be great.

As part of a new series called Dare To Be Different, Casumo targeted athletes who came from different backgrounds to conquer and shine. Athletes who would have been written off had they not put their head down and worked, players who came from far and wide to conquer in the world’s most competitive league: the Premier League.

Studying these characters made us realise that giving up is never an option in life and that no matter how different your background may be, you can rise to the very top of the game. Imagine becoming a Manchester City legend, despite hailing from a tiny island in the Caribbean. Well, that’s not just plausible, but entirely possible… after all Cristiano Ronaldo himself hails from Madeira too, an island with a population of just under a quarter of a million.

From Shaun Goater in Bermuda, to the Ukrainian Andrei Kancheskis with other fascinating stops in between. These athletes answer our questions and then some more, giving us fresh insight into their curious and unlikely paths to success…

The aim of the project is to give fans a little insight into the lives of those who have had various degrees of success in sport. We like to do things differently, so studying these ind individuals has been fun and rewarding for us, especially as the former professionals reeled off their favourite memories of their careers. They spoke about the highs, the lows, the laughs and the cries in very challenging situations. We discovered more about Ossie Ardiles’ fascinating career in England during a time when tensions between his home land and adopted country were at their worst ever. We dug into the famed Shaun Goater Day, as after Goater’s success at Manchester City, his island made a national day just for him. Imagine, coming from an island of just over 60,000 people and making it as an elite athlete and a fan favourite along the way.

Let’s face it, we’re all different. We’re all quirky, weird and cool in our own ways. What is normal for you, is different to someone else and that’s what makes us human. Coming from adverse backgrounds should never be a barrier and life isn’t about being in the right place at the right time… sometimes, you have to fight to get yourself into the best positions so you can claim your own spot in sporting history.

Celebrate diversity, embrace change and enjoy being different. Dare To Be Different.

Check out all our Premier League odds here.