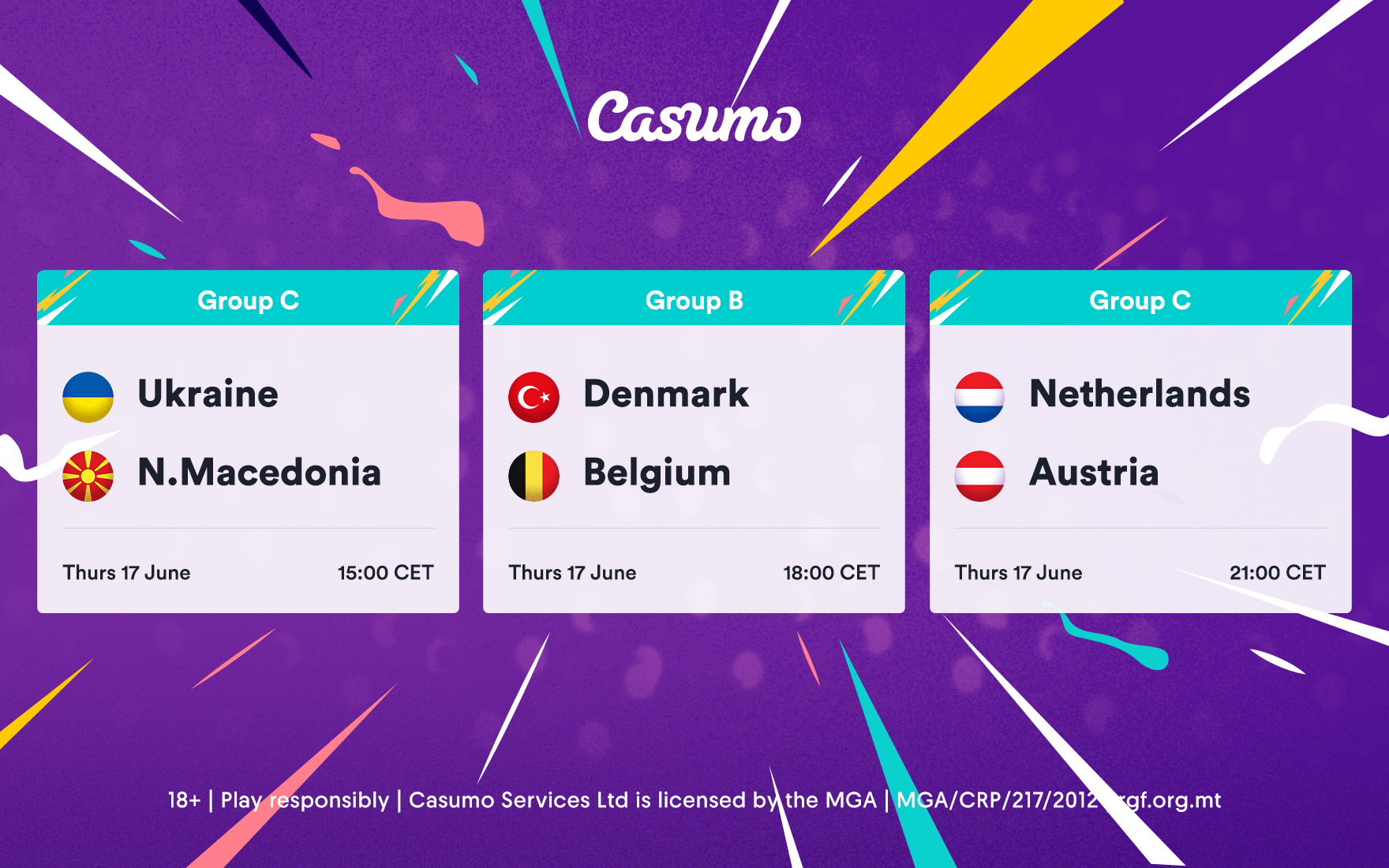 Euro 2020 has exploded into life, and some teams are already preparing for Matchday 2. In this preview, we will take a peek at three games — Denmark v Belgium, Netherlands v Austria, and Ukraine v North Macedonia. We will analyse what you should look out for.

Most of the pre-match build-up had focussed around the absence of Kevin De Bruyne. Yet Belgium shrugged off Russia with consummate ease as they recorded an emphatic 3-0 victory. Romelu Lukaku was near unstoppable as he weighed in with a double, with a Thomas Meunier strike sandwiched in between.

De Bruyne is currently nursing a fractured nose and eye socket that he sustained in City’s Champions League defeat to Chelsea last month. Red Devils coach Roberto Martinez had already confirmed De Bruyne would sit out the opening Group B encounter, but Belgium was frightening as they laid down an early marker. Russia was rolled over, but Denmark should be a bigger threat.

For Denmark, the 1-0 defeat to Finland last Saturday was a shock. What was of greater concern was the health of Christian Eriksen, who collapsed suddenly on the pitch, and received medical attention before he was rushed to hospital. Against Finland, Denmark created several presentable opportunities, and they were punished in the closing stages. Belgium is 21/20 to beat Denmark, with Lukaku to be the first scorer at 18/5.

The Netherlands have a penchant for the complicated, and they never do things the easy way. Frank de Boer has had a rather challenging start to life as the Dutch head coach, and they nearly slipped up against Ukraine in their opening Group C clash. After racing into a 2-0 lead, they were pegged back by Ukraine, with Andriy Yarmolenko caressing a beautiful effort into the top corner of the net.

De Boer’s men fashioned some excellent chances, and they dominated possession. Fortunately for them, the Netherlands wasn’t made to rue their misses. Nevertheless, all that really matters is the win, and Denzel Dumfries spared their blushes with a late winner.

Whereas for Austria, things were somewhat easier as they claimed a 3-1 victory over Euro 2020 debutants North Macedonia. Veteran striker Goran Pandev thought he had earned a point for North Macedonia on his 120th appearance, but Austria grabbed two goals in the last 10 minutes to settle things. Austria can’t afford to sit in against the Netherlands, and it will be a test of their mettle. The Netherlands are fancied to beat Austria, as they are 11/20 to win, but they can’t let their intensity levels drop.

As the old saying goes, football is often a cruel mistress. North Macedonia looked to be on course to pick up a point before they were overrun in the final few minutes. Of course, Pandev is their most experienced player, and he is still their go-to star. The service will need to be spot on, otherwise, North Macedonia could be packing their bags early.

As far as Ukraine goes, Andriy Shevchenko will have to pick up his players, who gave an account of themselves against the Netherlands, but there were a few defensive lapses that cost them.

If Ukraine can make itself more watertight at the back, then North Macedonia could struggle to break them down. Inevitably, Yarmolenko will be the creative spark, and he could make a difference against North Macedonia.

Ukraine is priced 8/13 to pick up three points against North Macedonia on Thursday, and it is 27/25 for there to be Over 2.5 goals during the 90 minutes.