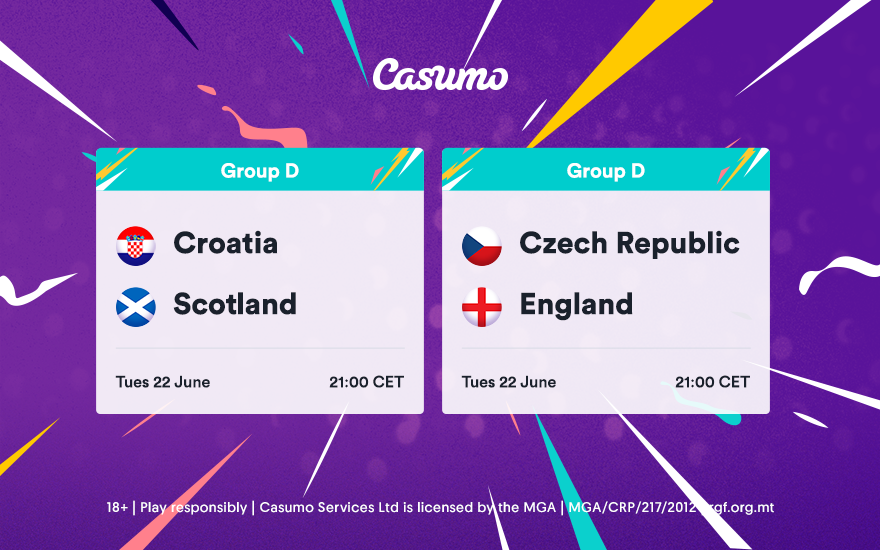 England and Scotland will both be looking to join fellow Home Nations side, Wales, in the last 16. But who will punch their ticket to the knockout stage? Here are our views ahead of the Czech Republic v England, and Croatia v Scotland.

England, from the outset, should have had a vice-like grip on Group D. While their 1-0 victory over Croatia in their opening group game was workmanlike and efficient, the Three Lions did what they had to. Against Scotland, England was insipid and sluggish. Although John Stones clattered a header from a Mason Mount corner against the post, they failed to break down an obdurate Scotland, who gave a good account of themselves. Tougher tests lie ahead for Gareth Southgate, who has had to field criticism about his side’s ponderous play.

Harry Kane has been below his best this tournament, but many would have expected Jack Grealish to be unleashed by now. It remains to be seen whether Southgate will take a gamble and start Grealish. England needs a creative spark, and a win against the Czech Republic will secure the top spot. Currently, England is 3/5 to beat the Czech Republic, but having not scored more than one goal in each of their past four outings, the onus will be on Southgate’s men to step things up in their final group game. While England could avoid the likes of France and Germany in the last 16 if they finish runners-up in Group D, they may only be delaying the inevitable.

Surprisingly, the Czech Republic is in charge of Group D going into Matchday 3, and they have looked impressive to date. Patrik Schick is currently Euro 2020s join top scorer, having netted three times to date, and his wonder strike against Scotland is a sure-fire contender for goal of the tournament. The Czech Republic have acquitted themselves well so far, and the 1996 finalists will fancy their chances of causing an upset against England.

Scotland’s performance against England merited the point they richly deserved, and they are still in the frame to reach the last 16. In particular, Billy Gilmour shone, which saw the Chelsea midfielder earn rave reviews, and it even saw comparisons drawn between him and Barcelona legend Xavi! However, Gilmour tested positive for COVID-19 over the weekend, and if Steve Clarke’s men do advance to the round of 16, Gilmour will be forced to sit out as he has to self isolate for 10 days.

Despite this setback, the point against England injected new belief into the Scotland squad, and they have turned things around after their 2-0 defeat to the Czech Republic in their opening group game. After waiting so long to reach a major tournament, Scotland won’t be thinking of departing Euro 2020 just yet, and they are 43/20 to beat Croatia.

As far as Croatia are concerned, Euro 2020 won’t so far live long in the memory. A 1-0 reverse against England followed by a 1-1 draw was hardly what we expected from the 2018 World Cup semi-finalists. Luka Modric is seen as a fulcrum of the Croatia side, but he has been largely anonymous. Croatia will need a win to get the four-point mark which is seen as the minimum to cement a last 16 berth, and they are currently valued at 59/50 to beat Scotland.

The Golden Boot could go right down to the wire, but if you want to find out the latest Euro 2020 golden boot odds and betting tips, we have you covered.