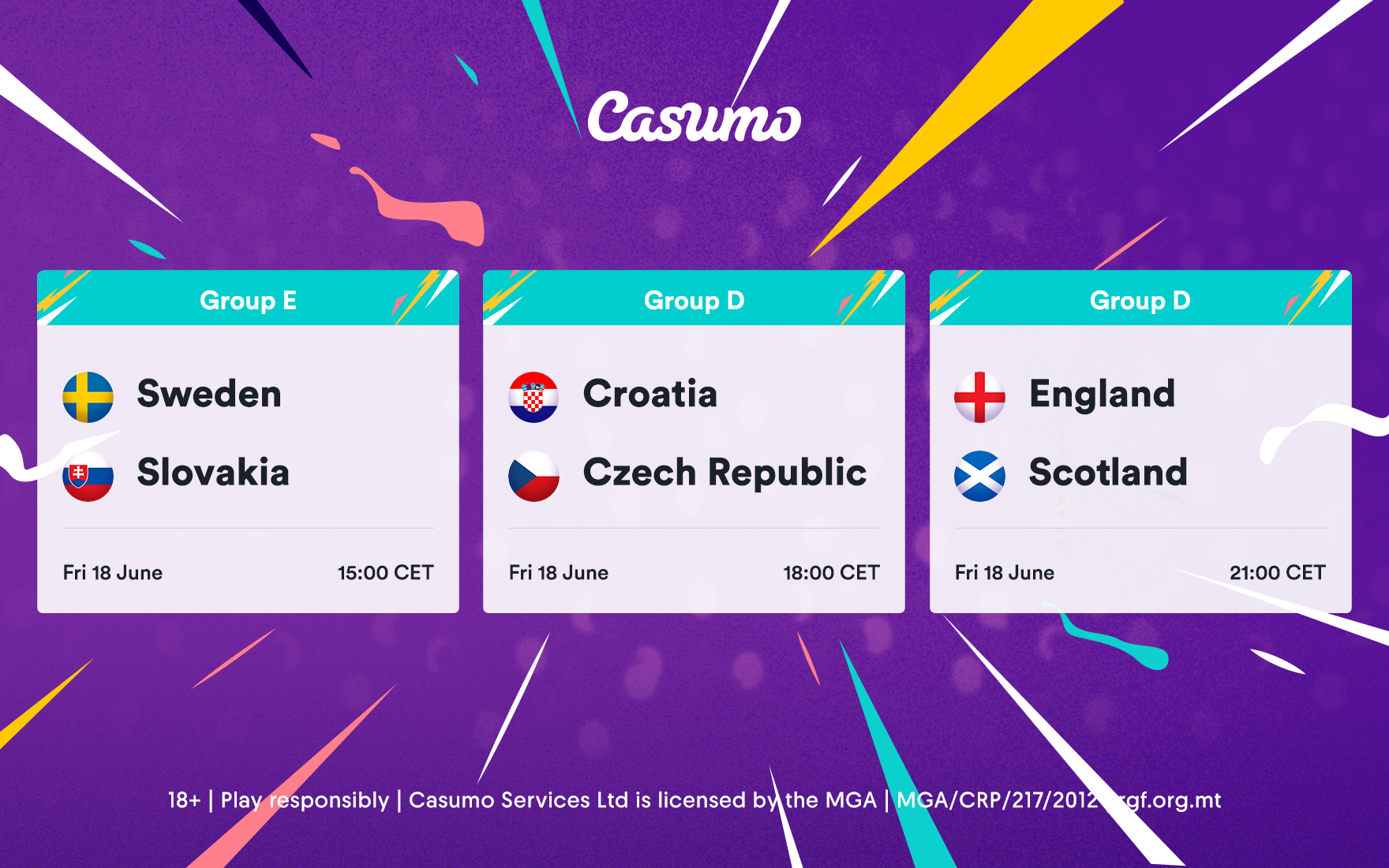 The first round of group games has thrown up some surprise results, and given us an indicator for what we can expect in the days to come. We will now turn our attention to Match day 2, and assess three group clashes — England v Scotland, Croatia v Czech Republic, and Sweden v Slovakia. Within that, we will take a cursory glance at the match odds for these matches.

Having never previously won an opening group game at the Euros, England put that unenviable record to bed with a mature display, as they beat an insipid Croatia 1-0 last Sunday. Raheem Sterling swept home the only goal of the game after latching onto a perfectly weighted pass by Kalvin Phillips.

Sterling has now netted 13 times in his past 17 appearances for England, but the result was an early confidence booster for Gareth Southgate and his charges. Next up is Scotland on Friday at Wembley, and this showdown will invoke memories of Euro 96. At that tournament, England dismantled the Auld Enemy. Paul Gascoigne left Colin Hendry on his back before firing home a sumptuous volley to seal a 2-0 victory.

England has the weight of expectation on its shoulders, but if football is really going to be coming home as many fans would seem to think, they need to be a bit more inventive upfront. Currently, England are 33/100 to beat Scotland.

For Scotland, their return to the Euros was punctured by a 2-0 defeat in their opening Group D game against the Czech Republic. Patrik Schick scored a double, including a spectacular goal from the halfway line. Steve Clarke’s men tried to rally late on, but Kieran Tierney’s injury during the warm-up before the game was a huge blow. They now go to Wembley with a heightened need to pick up a result, but they will have to have a game plan to stop Phil Foden.

Sweden are a plucky brunch, and they dug deep to pick up an unlikely point in a goalless draw against Spain earlier this week. Spain created plenty of opportunities. But Alvaro Morata was guilty of passing them up, and many of his efforts lacked conviction. At the other end, Sweden lacked cutting edge, although Alexander Isak was very direct. The Spain draw will have given Sweden a lift, and they are 4/5 to beat Slovakia on Matchday 2.

Slovakia, on the other hand, are coming off the back of a 2-1 victory over Poland in their opening Group E game. Milan Skriniar plundered home a volley to get his side off to a winning start, and perhaps like Sweden, may have been slightly underestimated. Sweden v Slovakia could be a very open affair, and this is judged by the fact you can get odds of 7/5 for there to be Over 2.5 goals during the 90 minutes.

Against England, Croatia were rather subdued, and they failed to settle in the game. Real Madrid midfielder Luka Modric was one such player that was underwhelming. However, against the Czech Republic, he will look to get on the ball more often and dictate things in the middle of the park. England was a bad day at the office for Zlatko Dalic’s charges, but they are 23/20 to bounce back against the Czech Republic.

Meanwhile, the Czech Republic will have the wind in their sails after their victory over Scotland. If they can replicate that performance, they could make progress from Group D at the expense of Croatia. Schick has now been involved in 10 goals in his last nine international appearances, and he will be a threat aerially.
=