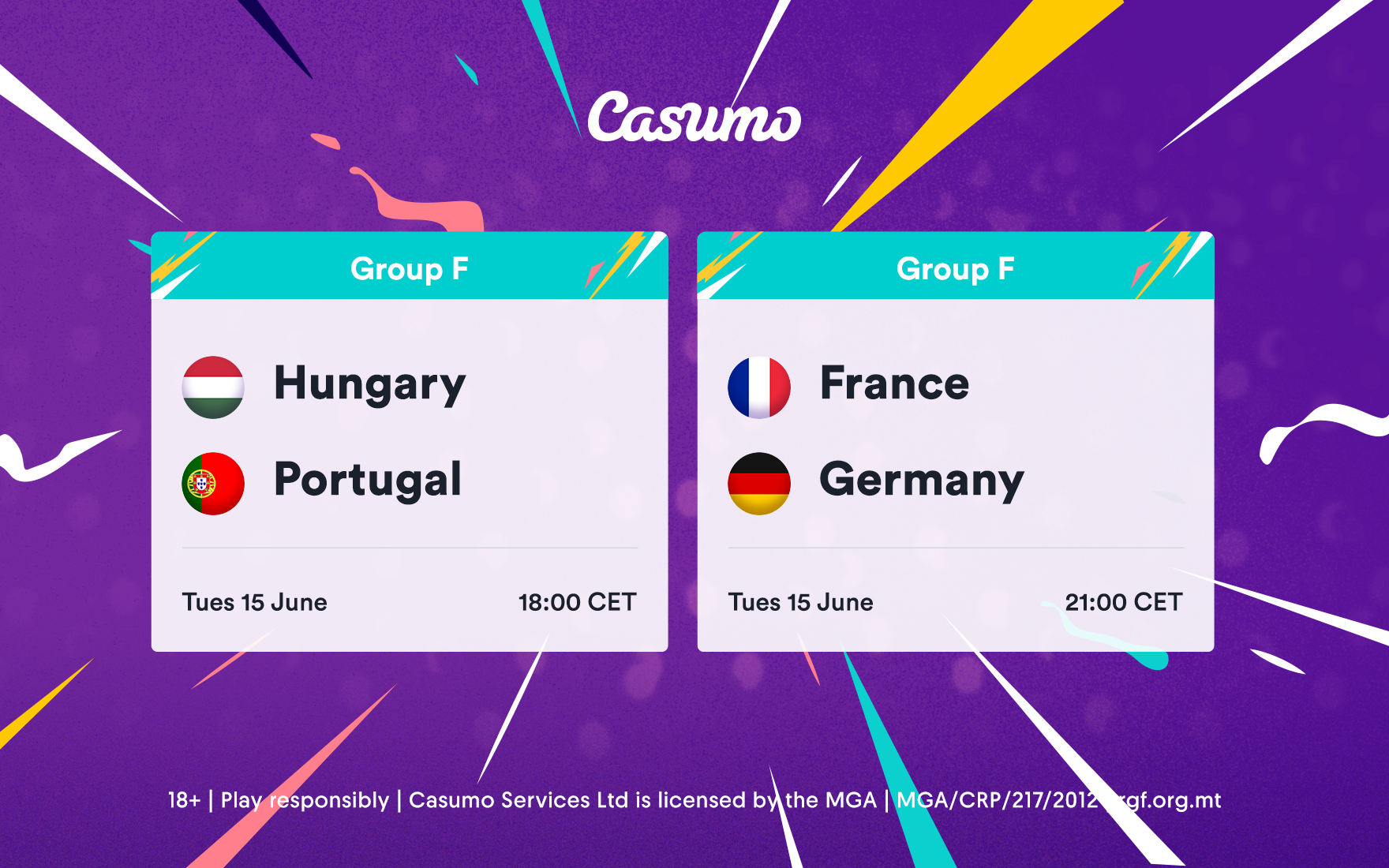 Undoubtedly, Group F has been labelled the ‘Group of Death’ for good reason. It contains European heavyweights France and Germany, as well as reigning champions Portugal. One of these teams will be packing their bags early. But can Portugal escape the ‘Group of Death’, and successfully defend their title?

We will find out the answer over the next few weeks. In this preview, we will look ahead to Match day 1, which sees Germany lock horns with France in Munich, while Hungary will welcome Portugal to the Puskas Arena in Budapest.

France motoring along ahead of Germany showdown

After falling at the final hurdle to Portugal five years ago, France will be hungry to add a third European Championship title to their cabinet. Les Bleus are currently carrying the mantle of World Cup champions, and they look in fine fettle going into Euro 2020. Indeed, in a warm-up match earlier this week, they thrashed Wales 3-0 and were sublime going forward.

Didier Deschamps has an abundance of riches at his disposal and, against Germany, they will look to get early balls to Kylian Mbappe, who has an electrifying amount of pace. When one-on-one with the goalkeeper, he rarely turns down an opportunity. Mbappe could well end up being the top scorer of the tournament, and he could lay down a marker in the opening group game.

Germany will be roared on in front of a home crowd. While Joachim Low will want to end his tenure as national manager on a high. Former Bayern Munich boss Hansi Flick is set to take over, and this could be a momentous summer for Germany.

There is plenty of talent in the squad, and they are one of the most decorated teams in the tournament, with three European Championship titles to their name. Currently, Germany are slight underdogs to beat France, as they are valued at 37/20 to pinch all three points.

What other records will Cristiano Ronaldo break for Portugal?

After ending his international trophy drought five years ago, Cristiano Ronaldo still remains vitally important for his country. With 103 goals in 173 appearances for the defending champions, Ronaldo has been a goal-scoring machine. At 36, however, he is in the autumn of his career, and it could be his swansong at the Euros.

There are plenty more records Ronaldo could break this summer, including most goals at the European Championship Finals. At the moment he’s tied on 9 with France’s legend Michel Platini. Portugal has a great supporting cast in the likes of João Félix and Bruno Fernandes, and they could put Hungary to the sword on June 15 if they are at the races. Portugal are priced, at the time of writing, at a short 11/20 to beat Hungary in their opening group game, and it is hard to argue with that. Only complacency could prevent Portugal from a winning start.

Hungary is undoubtedly the weakest team in the tournament, but you can’t imagine they will allow themselves to be rolled over against Portugal. The main tactic will be to keep Ronaldo quiet, but it will also be all about managing periods in the game, such as not conceding in the first 15 minutes.

However, if we look over at the head-to-head record, it makes for grim reading for Hungary. In nine previous meetings with Portugal, they have drawn twice and lost seven of those clashes. However, at Euro 2016, the two teams played out an entertaining 3-3 draw. Portugal came from behind three times to secure a draw, and yes, that man Ronaldo netted a double.