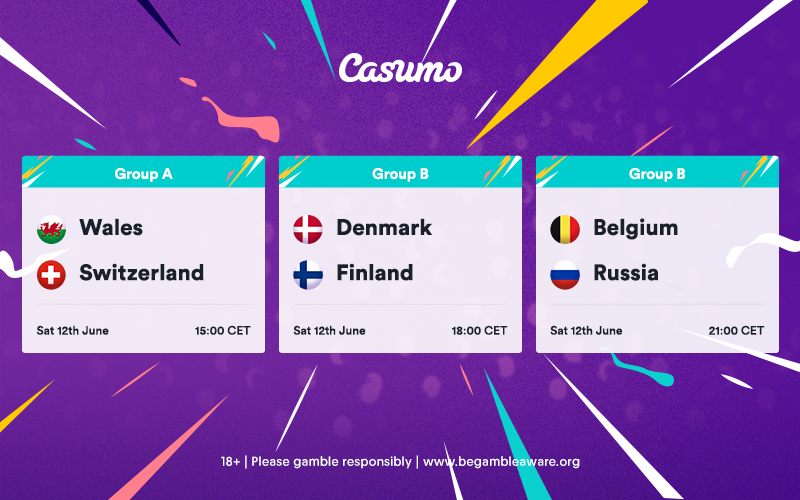 Sport 62 Weeks ago
Euro 2020 is nearly upon us. After months of anticipation, we are gearing up for a feast of football over the next month. Expectations will rise, and hopes will inevitably fade. In this preview, we will take a look at three of the opening group games which will see Belgium face Russia, Wales take on Switzerland, and there’s a Nordic derby between Denmark and Finland.

Five years ago, Belgium was deemed to be one of the strong favourites, but they were let down by the ‘Golden Generation’, as they crashed out at the quarter-finals stage. After breezing through the qualification process for Euro 2020, Belgium will be serious contenders once again.

However, they could be without Kevin De Bruyne after the Manchester City midfielder suffered facial fractures in the 1-0 defeat to Chelsea last month. Roberto Martinez has already hinted that the playmaker is unlikely to be fit, which will be a big blow for the Red Devils as De Bruyne can thread eye-of-the-needle passes, and he is not afraid to have a pop at goal.

De Bruyne’s injury will no doubt give Russia a spring in their step going into the clash on June 12. Although Russia only won two of their past six matches, they managed to hold Poland to a 1-1 draw earlier this week, and they may feel confident of getting something out of the Belgium game. Russia — who is one of the co-hosts — is currently priced at 17/4 to start their Group B campaign with a win.

Earlier this week, it was a baptism of fire for Wales as they slumped to a 3-0 defeat against France. Neco Williams was shown his marching orders after just 25 minutes against the 2016 finalists for a harsh handball. Nevertheless, Robert Page’s men will be looking to make amends in their following friendly against Albania.

In particular, Gareth Bale, who was one of the survivors of the memorable Euro 2016 campaign, will be ready to tear it up against Switzerland. Although it will be interesting to see if Page deploys Bale in a more central striking position. Nevertheless, with his searing pace and unerring accuracy in front of the goal, he will be a constant menace.

Group A isn’t a gimme for Wales, and they will have to be on guard against Switzerland in their opening group game, especially as Arsenal star Granit Xhaka will like to dictate play in the middle of the park. Whereas Breel Embolo will look to gobble up any half chance that falls his way.

This game could provide goals, and you can currently get odds of 31/20 for there to be Over 2.5 goals during the 90 minutes.

Sometimes, you can’t always read too much into pre-tournament friendlies. But Euro 1992 winners Denmark, prepared for their Euro 2020 group opener with Finland, with a 1-1 draw against Germany in Austria earlier this week. A Yussuf Poulsen strike cancelled Florian Neuhaus’ goal for an unlikely draw. Poulsen will fancy his chances of getting on the mark against Finland, while Pierre-Emile Hojbjerg acting as a buffer to screen the defence.

Finland, meanwhile, will be taking their bow at Euro 2020, and while they won’t be expected to do much, they aren’t here just to make up the numbers. Although they lost 2-0 to Sweden in a friendly, if Finland can feed Teemu Pukki enough chances, they may be able to eke out a draw. Currently, a draw for the Nordic derby is available on 3/1.