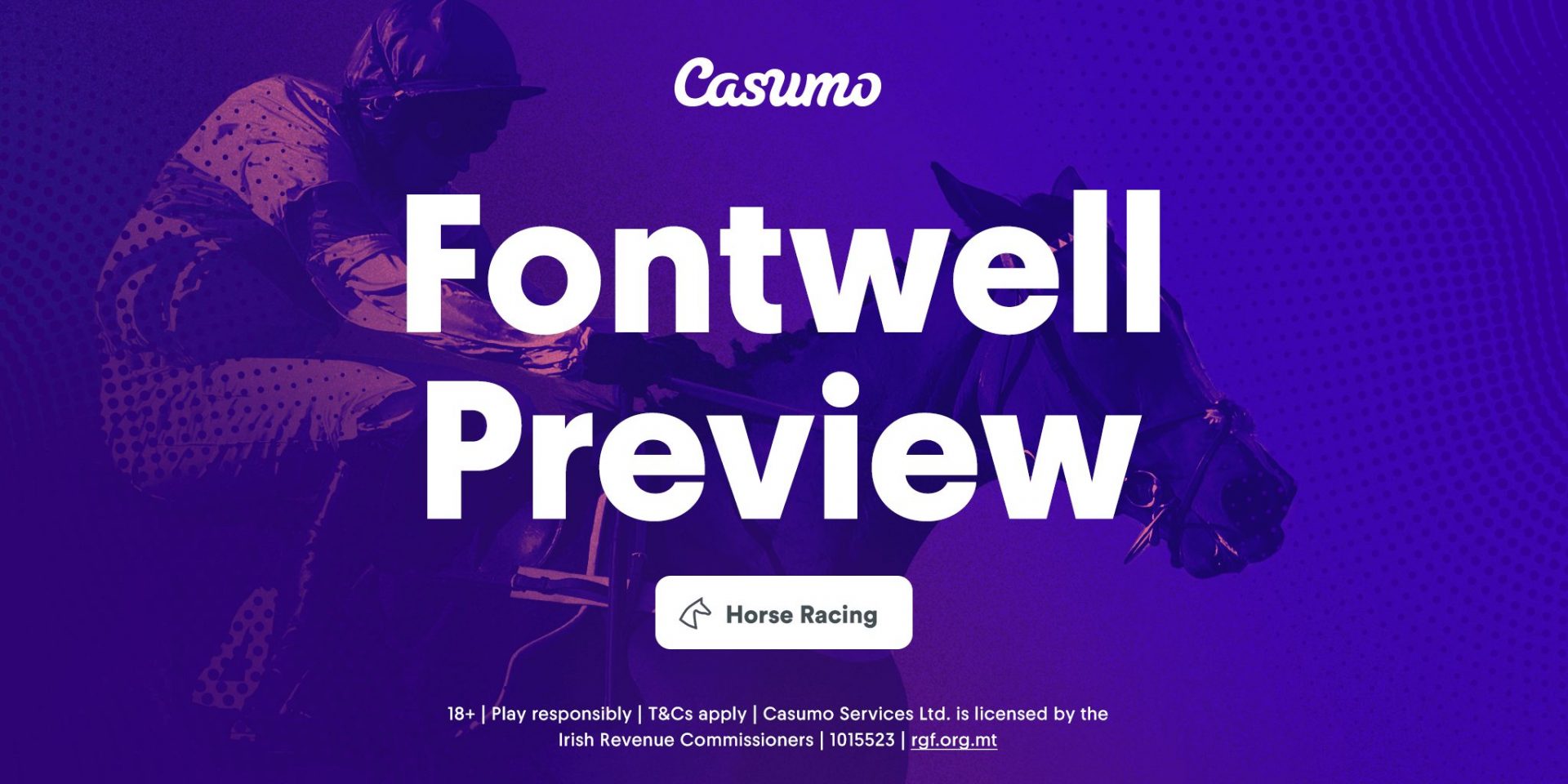 Another cracking horse racing Casumo-sponsored afternoon this Tuesday, as the Sky cameras head to Fontwell for a 7-race National Hunt jumps card.

There will be plenty of betting opportunities for horse racing fans to get stuck into during the afternoon, so here at CASUMO we take a look at each race and give you our best horse racing betting tips.

CASUMO VERDICT: The Alan King yard took this race in 2011 and 2016, and look to have another great chance this year with OCEANLINE. This two-time flat winner is yet to score over hurdles but has only had two runs and this will be a lot easier than the Listed Juvenile Hurdle he contests at Wetherby last time (5th). He’ll face a stern test from recent winner – Boulette – from the Nigel Hawke yard. This 3 year-old did it well here over course and distance last month, but as a result has to give 7lbs away to all the others, which will make life harder. Of the rest, the Gary Moore yard took this race 12 months ago, so their KOTMASK has to be considered, while the Warren Greatrex runner Top Brass was a fair performer for the Gosden camp, who makes his hurdling debut.

CASUMO VERDICT: GALILEO SILVER was an easy 11 length winner at Wincanton last time out and despite having a big weight here (12-5) and being up 7lbs for that, looks to have a leading chance of following up. Connections put up promising Jack Andrews, who claims 5lbs, which offsets most of the 7lbs rise. Others to note are the Oliver Sherwood-trained Cilaos Glace, who is a proven course winner and returned to the track with a nice second here last month too. Flaminger is another course winner that represents the Gary Moore yard, who have a 23% record with their chasers at the track. Rizzardo is another recent winner and comes from the Nigel Twiston-Davies yard that have a 40% record with their chasers here. He’s up only 3lbs for that recent win and has to enter calculations. But the other pick is the Kim Bailey runner – LOTS OF LUCK. This 7 year-old returns from having a wind op in September but showed enough prior to that to go well in a race like this and has hit the first three in 8 of his 10 races over fences, while the Bailey yard boast an impressive 67% record with their chasers at the track.

CASUMO VERDICT: This race went to the Gary Moore yard last year and they look to have a great chance of adding to that again with ALBERT VAN ORNUM. This 4 year-old took a leap forward last time at Lingfield with a fair third (of 6) and has also been dropped a pound for that effort. That was only his fourth run over hurdles too, so we can expect more improvement to come – the yard boasts an 18% record with their hurdlers at the track. Another yard that does well here with their hurdlers is the Fergal O’Brien camp (27%) so their ZULU DAWN is another to have onside. This 7 year-old is also only having his second run for the yard – having previously been with the Graeme McPherson yard – but is another that has been dropped a pound since his last run and Lilly Pinchin helps further by taking off 5lbs. Of the rest, Nashville Nipper and the Warren Greatrex-trained Henschke are others to have on your radar.

CASUMO VERDICT: The 10 year-old, Captain Chaos would have a great chance here on his best form, but is not getting any younger and needs to bounce back from being pulled up the last twice. HAMILTON DICI is the one of interest though and the one that looks to have the most scope for improvement. He was a good winner at Warwick last time out on his debut over fences and gets in here with just 10-6 to carry. He jumped well that day and won going away to suggest the longer trip will be fine too. The winning run for Kap Auteuil came to an end last time at Cheltenham, but is was a much better race than this – no shock to see him return to form, but the longer trip here is a big unknown. Flagrant Delitiep will be better for it’s return fifth at Lingfield, but the danger can come from the Gary Moore runner – SOPRAN THOR. He was last seen running second at Kempton, albeit as a beaten favourite, but that race may just have come a bit too soon – just 8 days after winning at Lingfield. A month off would have freshened him up and will like the softer ground.

CASUMO VERDICT: Gary Moore’s Houka D’Oudairies looks a fair type, but needs to recover from falling at Lingfield last time out when in with a chance. Terresita was a nice winner last time at Fakenham on debut, but you feel this race will be harder and has to give 7lbs away to most. Fergal O’Brien (27%) and Jamie Snowden (29%) have goo records with their hurdlers at the track, so their Div Ine Tara and Rose Ohara should be noted in the betting, while the Alan King yard won this race in 2015 and 2018, plus have a 30% record with their hurdlers here – the run Moonamacaroona. The Philip Hobbs camp also have a good record in the race – winning the pot in 2014 and 12 months ago, so it wouldn’t be a shock if their Kabuki left it’s last run behind her. But the call is for UCANAVER to follow up her recent win at Worcester. Yes, she’ got a 7lbs penalty to carry for that, but the Honeyball yard have a decent 38% record here with their hurdlers and she won with plenty in hand last time to suggest she’s up to giving the weight away.

CASUMO VERDICT: The Paul Nicholls yard (43%) do well here with their chasers, so a chance is taken on their 7 year-old GET THE APPEAL. Beaten at Ascot last time out but that was certainly a better race than this and now eased in grade and upped in trip she can be a lot more competitive here. Of the rest, Wouldubewell, returns from a break, but won after a layoff last season so that’s not much of a worry for this chase debut. While with light weights, both Bleue Away and Chloe’s Court can’t be ruled out either.

CASUMO VERDICT: The Gary Moore yard won this race in 2013 and we think they’ve got a good chance of adding to that here. They run two – Ray’s The One and LEGAL RIGHTS, but it’s the last-named that we’ll take a chance on. Just three runs over hurdles, but is into handicap company for the first time here today and that will be a big help having shown glimmers of ability in his opening three runs over hurdles. Jockey Jordan Nailor often does well at the track, so his mount Cold Shoulder is interesting too, but does need to bounce back from some average runs. Good Bye, Amelia’s Dance, Millies Mite and Lockdown Leader are others to note, but the Philip Hobbs runner – KEPY BLANC – is the final selection. Another lightly-raced runner that is having his debut in a handicap here and that will help a lot. Any further rain would also be a big help having shown up well in France with cut underfoot.