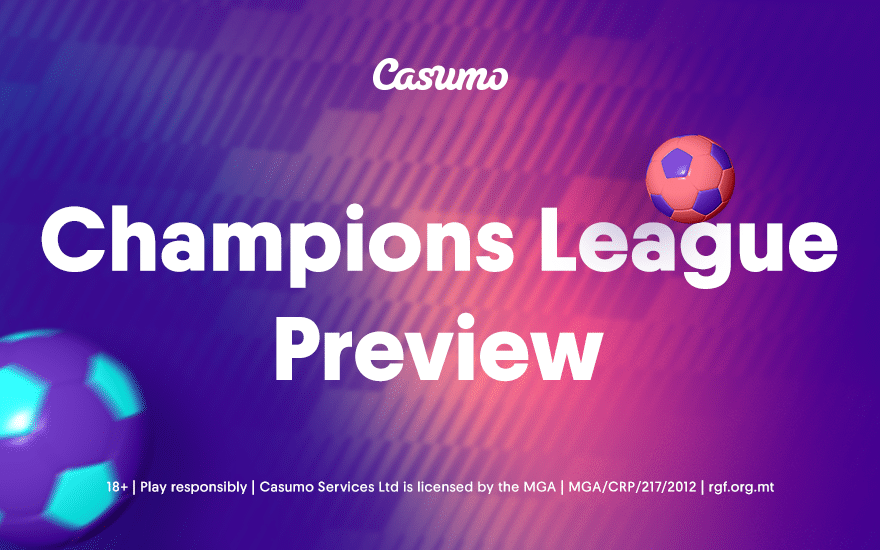 Have we ever seen tighter Champions League groups?

The Champions League group stage draw was incredible. We’ve literally got several groups of death as some huge teams were paired together in the group stages.

Groups A, B, D, E and H will be fun to watch as Tuesday and Wednesday nights make sense once again with the return of our favourite club competition.

What’s more is that TV schedules have also been kind to us, as Tuesday night sees Manchester United play in Switzerland just before Barcelona play Bayern Munich.

We’re also looking ahead to Wednesday night’s games and once more we’re blessed. Serie A champions Inter play Real Madrid and Liverpool take on AC Milan, who are enjoying a resurgence of late.

As Manchester United play Young Boys we can’t help but feel they will start their Champions League campaign with an away win. The Ronaldo effect is in full force as he netted a brace in his second debut against Newcastle United. Still however, the problems persist for United. They were not sharp enough in possession for the entire first half, not quick enough in recoveries and that midfield looked cumbersome again. A sharper opponent will expose United’s weak belly, but this clash against Young Boys should be another day in the sunshine for Ronaldo and his new, old club.

Keep the telly on, grab your pizza and drink as the football festival rolls on with Barcelona v Bayern Munich. This Group E clash has us licking our lips, however it can very easily turn into a nightmare for the home side. Barcelona’s troubles have been documented by now. Their debt has crept over the £1 billion mark, forcing their star man to depart on a free. Yes, that actually happened and Barcelona went from a front line of Messi, Suarez and Neymar to Braithwaite (now injured), De Jong and Depay. It’s unthinkable. Sergio Aguero was also brought in, but he is still recovering from a calf injury and is yet to make his Barcelona debut

These clubs are at opposite ends of their developments, and we can’t help but predict a Bayern Munich win… and this can even be a hiding!

The Champions League has always been the gift that just keeps giving and after an entertaining Tuesday evening of football, Wednesday is also there to sweep us off our feet.

There may be no earlier kick offs this time, but at 21:00 CET Inter take on Real Madrid, while Liverpool play AC Milan.

Both Inter and Real remain unbeaten so far this season and we’re a little excited about Carlo Ancelotti’s return to the capital. Karim Benzema continues to shine in Ronaldo’s absence. He helped himself to a hattrick in Real’s 5-2 victory over Celta Vigo and with Eden Hazard at last producing a masterclass for Belgium in the last international break, we might finally see the real Hazard himself this season.

Inter lost their league-winning coach and top scorer over the summer but it seems to be a case of business as usual under new manager Simone Inzaghi.

We love it when these two sides meet. Memories of Istanbul in 2005 will never die, while Milan’s triumph two years later was also a final to savour.

Milan are back. They maintain a 100% record in the Serie A so far this season with three wins from three and given Liverpool’s form too, we’re in for a group stage classic.

Liverpool will need to put Harvey Elliot’s horrific injury behind them quickly after he was stretchered off in the latter stages of the Leeds victory, but other than that, they are in good knick. As injuries piled up last season, the treatment table is a little less busy this year with big names back playing regularly. Virgil van Dijk’s presence is huge and his return saw Liverpool improve dramatically. They’ve only conceded 1 goal in four Premier League matches so far, which speaks volumes.

Mo Salah once again grabbed the headlines as he hit the Premier League century mark in style. He only needed 162 games to hit the 100 button and did so brilliantly against Leeds.

Zlatan Ibrahimovic remains Milan’s main threat and he also netted on the weekend. Manager Stefano Pioli is moulding a very exciting team and we’re happy to see another footballing giant being revived.

Get Milan and Liverpool to cancel eachother out in a 1-1 draw with odds of 7/1 or 8.00. We’re not hoping for a low scoring game, but both sides have compact and strong midfielders that are notorious to break down.