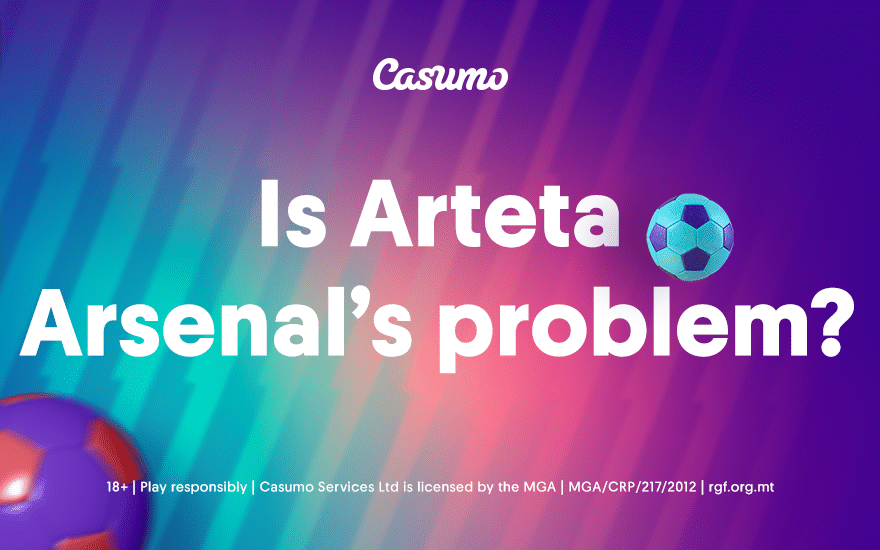 It’s difficult to imagine what it’s like being an Arsenal fan right now. Zero goals, zero points, zero hope. It’s been the worst start to the Premier League imaginable, and things could go from bad to worse this weekend for Mikel Arteta’s men.

If we thought the Brentford game was bad, the Chelsea game was even worse. 1 chance created for Arsenal in the entire game as Tuchel’s team bullied the Gunners. Mason Mount created three chances himself, Lukaku took just 15 minutes to reopen his Chelsea account and to be frank, it could have been much, much worse. And maybe that’s the only positive Arsenal fans can take.

It is the very first time in their club’s 118 year history that they opened a league season with two defeats and no goals, and the following reading doesn’t get any better.

Arsenal have opened a league season with two defeats and no goals after two matches for the first time in their history.

Arteta has now lost more Premier League home games in 20 months than Wenger did in his last six years at the helm.

Arsenal are now in the relegation zone with more than one game of the season played for the first time since August 1992. Frankly, we can go on, but risk being accused of picking on Arsenal fans.

Yes, Arsenal had nine senior players missing, as Arteta was keen to point out following the Chelsea defeat, but there is something weak in Arsenal’s core which is the issue.

Their front line is ageing and troublesome. Their captain is the type of leader who openly said he wanted to leave the club, was booed off by their own fans, but yet will be awarded with a new, improved contract (go figure that one out…) Their owner is unwanted too. Arteta himself sounds defeated prior to each press conference. The Willian situation is bleak and the club has spent £258 million since Arteta took over. He’s been backed, but sadly the reality is that he’ll be sacked.

Maybe we are guilty of looking into press-conferences with too much detail but they can be used as a platform to inspire, to elevate your team while inducing fear in your opponent. Arteta’s conferences are just so boring it’s hard to not scroll through after the first 20 seconds. His voice is robotic, his posture is statuesque. It’s dull, detailed and just hard to watch. Is this what he’s like in the dressing room too? His attention to detail is huge, his game knowledge is deep, but his man management skills leave a lot to be desired.

Perhaps boring the entire team with detailed tactics is distracting. Should the centre forward know how many cups of tea the right back is allowed on a match day, or should things be simplified? Most football players just want to get on the pitch, do one job and leave. If you’re a number 9, score goals. If you are  a centre back, man mark. Football is a simple game after all, but Arsenal love to over complicate things. Yes, Arteta is loved by Pep Guardiola and should technically be the ideal post-Wenger, Wenger style manager, but the game has moved on. Give players freedom and motivation, but don’t give them a handbook on how to play to your style.

With a world class winner in Antonio Conte currently unemployed, maybe it is time for a change. The Arsenal fans have been through hell in the last six seasons and the reality is that Arsenal will struggle to make the top 10 as things stand, and might even be looking to be in another relegation battle as we joked last season.

Well, the Emirates would be the envy of the Championship if they stoop that low…

Saturday’s early kick off might be the final nail in Arteta’s coffin. Arsenal are now without a win in SIX games, and they haven’t beaten City in their last three attempts. Manchester City hit Norwich with five last weekend and they have won their last five home matches.

It’s not looking good for the gooners and we can’t imagine the uproar on social media if Arsenal fail to show up once again.

This game could be anything from a 1-0 home win, to a 4-0 home win. It all depends on how much pain Pep Guardiola wants to inflict on his friend and former assistant coach. It also depends on whether City manage to get the Harry Kane deal over the line. That’s all Arsenal fans need to see… a former Spurs man emerging from the tunnel behind the likes of Kevin de Bruyne, Sterling and Ferran Torres.

If things carry on this way, it really can be a disastrous campaign for Arsenal this season.