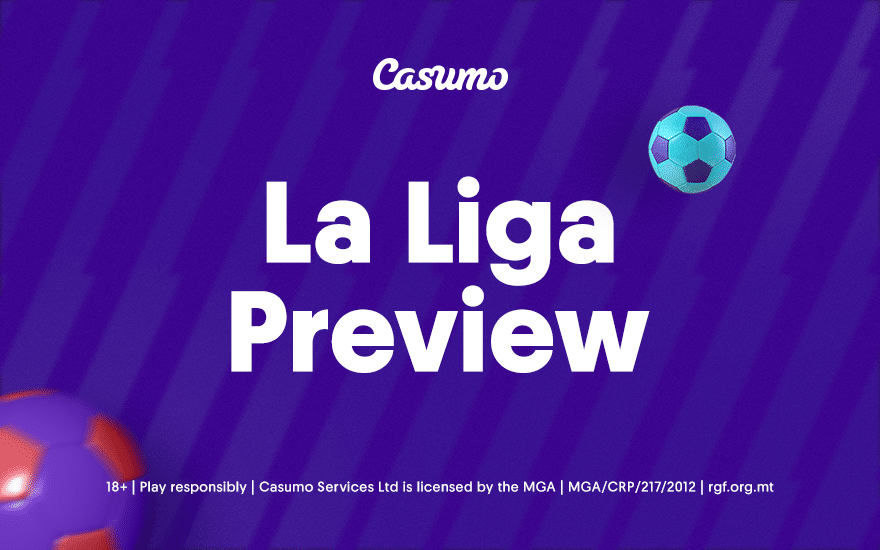 Last weekend proved why La Liga is so thrilling to watch. Real Sociedad were stunned by Espanyol, while Real Madrid left it late to see off fellow title rivals Sevilla. In this preview, we will look ahead to two crunch games – Barcelona v Real Betis, and Real Sociedad v Real Madrid, with both matches taking place on Saturday.

Real Madrid have a canny habit of leaving it late to win matches. They came from behind last Sunday, as they trailed 1-0 at home to Sevilla, before Karim Benzema and Carlos Vinicius Jr. gave the Los Blancos all three points. Vinicius Jr.’s match-winner was spectacular, as he controlled the ball exquisitely with his chest before thumping his effort into the top corner.

Benzema and Vinicius Jr. have now plundered 20 goals between them in Spain’s top flight. They also have nine assists between them, but the victory was crucial, as it moved Carlo Ancelotti’s four points clear at the top of La Liga. And Ancelotti has continued to be effusive in his praise for the Brazilian forward. The Italian tactician has a special talent on his hands!

It’s difficult not to wax lyrical about Vinicus Jr. Last month, he played all five of Real’s matches, and he scored four goals, earning him the Mahou Five Star Player of October. It’s the second time he has collected this award. Vinicius Jr. admitted he was “very happy” to pick up the award, and he has proved instrumental to Real this term.

Winning breeds confidence, as the old saying goes. Real have won their last six matches in all competitions, and only a draw against Osasuna last month, prevented that from being nine in a row. Attack is proving to be the best form of defence, although the Bernabeu faithful will be hoping to see more clean sheets, starting on Saturday evening.

Sociedad are still in the thick of the title race. They are currently in third spot, having amassed 29 points from their 15 La Liga games to date. But what is perhaps more disconcerting, is that they have only won one of their past three top-flight Spanish matches. It’s perhaps not the sort of form you want heading into a pivotal clash with Madrid.

Since Xavi took over the reins at the Nou Camp, Barcelona remain unbeaten. However, to a certain extent, they papered over the cracks against a spirited Villarreal. At times, Villarreal overran their opponents in the middle of the park. But the game turned on its head in the final few minutes of the game.

Memphis Depay pounced on an error to restore the Catalan giants’ lead in the 88th minute. Philippe Coutinho converted a penalty deep in stoppage time to give Barca their first away win of the campaign. However, Barcelona remain seventh in the table, and they have work to do to reel in fourth-placed Sevilla, whom they are five points behind.

Barca’s victory over Villarreal was mired in controversy, especially as Villarreal were robbed of a penalty. Xavi and his opposite number in the dugout Unai Emery were involved in a heated argument, and they had to be separated by police. Xavi will be hoping for a quieter afternoon against Real Betis.

Barcelona v Real Betis: A look back on past clashes

While it will take time for Barcelona to find their identity under Xavi, they will be happy with how things have started. And they will relish facing Betis at home. Traditionally, Betis have easy pickings for Barca, well at least at home. In their past two trips to the Nou Camp, Betis have been on the wrong end of a 5-2 scoreline.

However, Betis are in the ascendancy, and they are four points clear of Barcelona in fifth place. They have won each of their past three matches in all competitions, which erased a difficult end to October. While Barca aren’t perhaps the force of old, a win for Betis would still set a cat among the pigeons.