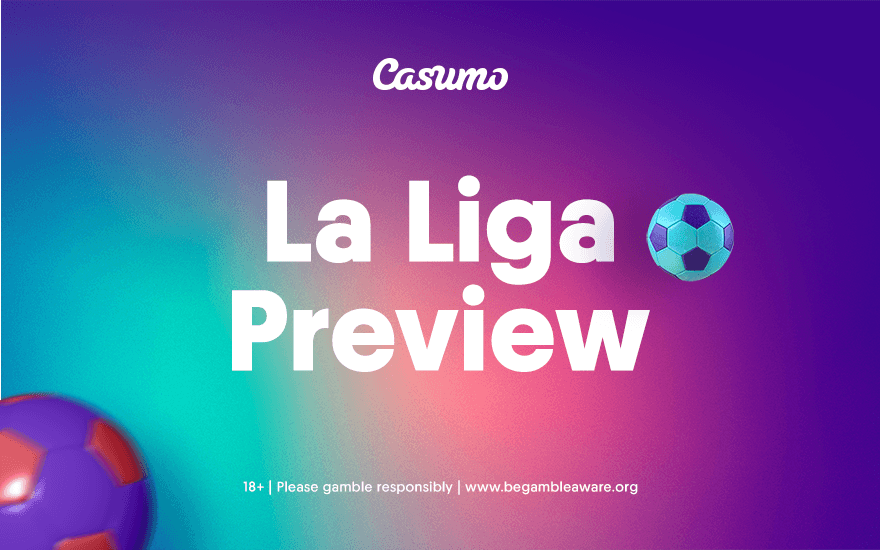 While Real Madrid appear to be pulling away from the chasing pack, the battle for the top four remains an intriguing one, especially with Atletico Madrid and Real Sociedad dropping points. In this preview, we will give our lowdown on two games this weekend — Sevilla v Atletico Madrid, and Real Madrid v Cadiz. We will also take a cursory glance at the latest match odds.

Sevilla know they have a lot of work to do to overhaul Real Madrid in the La Liga title race. Currently, Sevilla trail Real by eight points, but they have a game in hand. Of course, winning breeds confidence in football, and amassing wins will be the only medicine for Sevilla if they are going to keep themselves in the title hunt.

Although Sevilla ended November with a 2-1 defeat away to Real, they have turned a corner in the past couple of weeks, picking up back-to-back victories in Spain’s top-flight division. Furthermore, while Sevilla face an out-of-sorts Barcelona after Atletico Madrid, they can’t take anything for granted.

Atletico Madrid falling away after defeat to Real Madrid

To maintain the lofty standards of last season was always going to be a tough task. Diego Simeone’s men are renowned for their doggedness and resilience, but a 2-0 defeat away to Real last Sunday leaves them faced with a seemingly impossible task to defend the title.

In the run-up to Christmas, there’s always plenty of games to contend with. But it remains to be seen how long Antoine Griezmann will be out for. Against Real, the Frenchman was forced off after the break with muscle pain. However, Simeone will be wanting more from Griezmann, who has struck just three times in La Liga this season.

While things haven’t quite gone according to plan for Atletico in La Liga, they have been on song in the Champions League. Last week, Atletico sealed their spot in the last 16 of the competition with a 3-1 victory over Porto. Perhaps they should put all their eggs into that basket!

Beating your crosstown rival is always a confidence booster. And for Real Madrid, winning has come naturally for them. A 2-0 victory over Atletico gave Carlo Ancelotti’s charges their 10th successive win in all competitions. And they remain unbeaten in La Liga since October 3.

Against Atletico, it was a measured performance from Los Blancos. Karim Benzema was a menace, and he gave Real the lead after just 16 minutes when he smashed home a volley from Vinicius Jr. And Vinicius Jr. was the provider once again, as he picked out Marco Asensio, who slotted home the second.

Real have been prolific going forward, but they have also tightened up at the back, conceding 15 goals this campaign. After the win over Atletico Madrid, Ancelotti singled out Luka Modric for praise. He said: “I don’t exactly what I said to him, but he played brilliantly. With the ball, without the ball.”

Cadiz have big problems ahead

For Cadiz, their troubles have been well documented. As things stand, they are second from bottom in La Liga, and they have managed just two victories this season. They have averaged less than a goal a game, and unless they are defensively well organised, they could be torn apart from Real.

Ancelotti’s men will be desperate to open up the gap further at the top of the table. And while Cadiz stunned Real 1-0 last season at the Bernabeu, it is unlikely that Los Blancos will be left with egg on their face. Real should run out comfortable winners on Sunday evening.