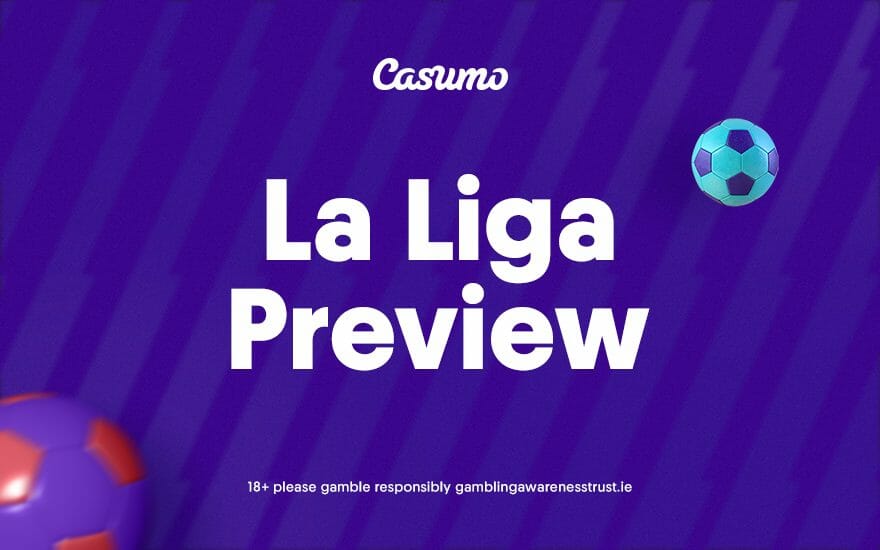 After a brief pause, La Liga is back this week. There are plenty of intriguing fixtures to look forward to. They’ll have ramifications for the top and bottom of the table. In this preview, we will look ahead to two crunch matches this weekend — Atletico Madrid v Valencia, and Alaves v Barcelona. We will also check in on the latest match odds.

For Atletico Madrid, La Liga is now their biggest priority. Their chances of lifting the Spanish Super Cup evaporated last Thursday when they fell to a 2-1 defeat against Athletic Club. Diego Simeone’s men were excellent in the opening stages of the match. But despite taking the lead just after the hour mark, they couldn’t hold on.

Lodi made his 100th appearance for the reigning La Liga champions. However, their grip on the title appears to be slipping, as they are fourth in the table. There is a 16-point chasm between themselves and table toppers Real Madrid. Really they should be aiming for at least a top-four spot.

Although things are busy on the pitch for Atletico, the January transfer window can be a distraction. Manchester City are believed to be keeping track of Joao Felix’s situation, with Pep Guardiola keen to bring the midfielder to the Premier League. But reports have suggested that Simeone sees Felix as “untouchable”, and so the 22-year-old won’t be going anywhere in a hurry.

Valencia in danger of letting their season drift by

For a club of the stature of Valencia, they have slid into obscurity this season. They currently find themselves languishing in mid-table. Back-to-back defeats on the trot leaves them in the 10th spot, but they have a big week ahead as the Atletico clash is sandwiched in between clashes against Sevilla and Real Sociedad.

Atletico Madrid need to win to keep their top-four hopes on track. One thing that’s certain is that Atleti and Valencia usually provide lots of goals when they meet. Back in November, the two sides played out a pulsating 3-3 draw at the Mestalla. After going 3-1 down, Valencia scored twice in stoppage time of the second half to secure an unlikely point.

For large chunks of the first half of the season, Barcelona’s demise was well documented, and they seemed a pale shadow of themselves. But under the stewardship of club icon Xavi, the Catalan giants look revitalised. They seem to be going places. They are undefeated in Spain’s top flight since the start of December, and they are sixth in the table.

As things stand, Barca are just a point off the top four, something that seemed scarcely imaginable only a couple of months ago. However, they have the wind in their sails, and they will relish a trip to Alaves on Sunday, especially with the form Luuk de Jong has been in lately.

Meanwhile, Alaves are 18th in the table and a point adrift of safety. Although it’s not all doom and gloom, they have only won four times all season. However, they did pick up draws in their last two outings against Real Sociedad and Athletic Bilbao, so they won’t be complete pushovers.

Alaves v Barcelona: What happened the last time these sides faced each other

Although Alaves hardly represents the toughest test for Barcelona this season, they will be mindful not to underestimate their opponents. When the sides previously met back in October, Alaves came away from the Nou Camp with a point following a 1-1 draw. Memphis Depay’s effort was cancelled out three minutes later by Luis Rioja.

Naturally, Barca are going to dominate possession, and they look more dynamic under Xavi. These are the sorts of games Barca should be winning comfortably if they want to qualify for the Champions League come the end of the season. Barca have come a long way in the past few months. The signs suggest the Blaugrana should pick up all three points this time.