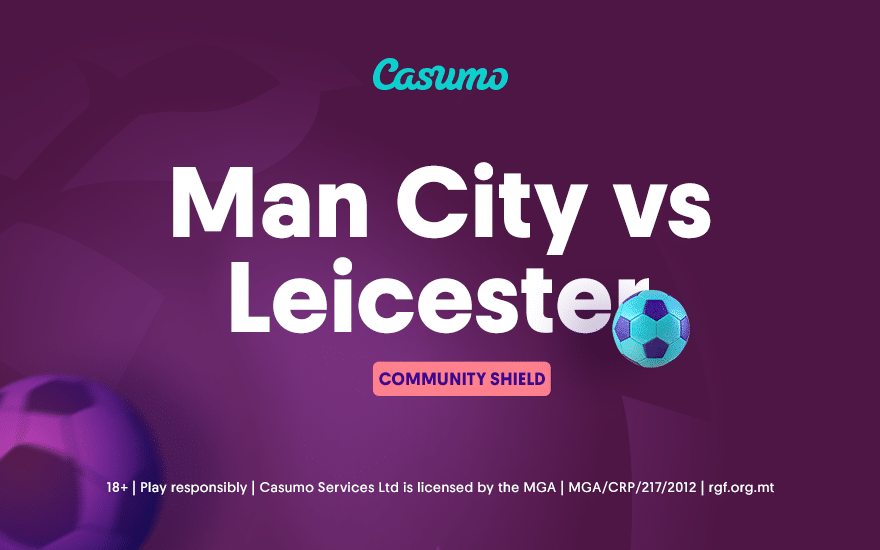 Leicester and Man City raise the curtains for a new season

Wembley prepares itself for the curtain-raiser as Leicester and Manchester City lock horns in the Community Shield on Saturday. It’s a game which will see fans return, some of which returning to the place where they witnessed England lose to Italy on penalties in the Euro 2020 final.

With the mad summer of football behind us, it is now time to shift our focus back to our clubs and after a strange season without fans we’re just really excited to have them back where they belong.

On the transfers front, it has been a quiet summer for many clubs, but there is still plenty of time for those marquee signings to be made. City are linked to Harry Kane and Jack Grealish, while Leicester already made three new signings. They splashed £27m on Patson Daka, £18 on Boubakary Soumare and also brought in Ryan Bertrand on a free.

City have lost Kun Aguero, who in ten seasons became the club’s best ever striker. He now partners Leo Messi up front at City, with Pep Guardiola perhaps licking his lips on what could have been had City pounced on Messi last summer.

Brendan Rodgers’ side narrowly missed out on Champions League football two seasons running and he’s done the business early to ensure his side can compete in the business end of the season.

Leicester City did incredibly well to win the FA Cup last season, in their fifth FA Cup final. They beat Chelsea, who won the Champions League the following week to book their spot in the Community Shield.

Manchester City dominate the head to head against Liecester, with a 23-14 goal difference in their favour. Given the nature of the Community Shield we expect experimental starting XIs with this game often used as a platform to blood youth.

We hope to see club debuts for the new signings, and when these are combined we tend to see goals. Over 3.5 goals is priced at 7/4 or 2.75.

We’re going for a bold prediction here with a correct score of: