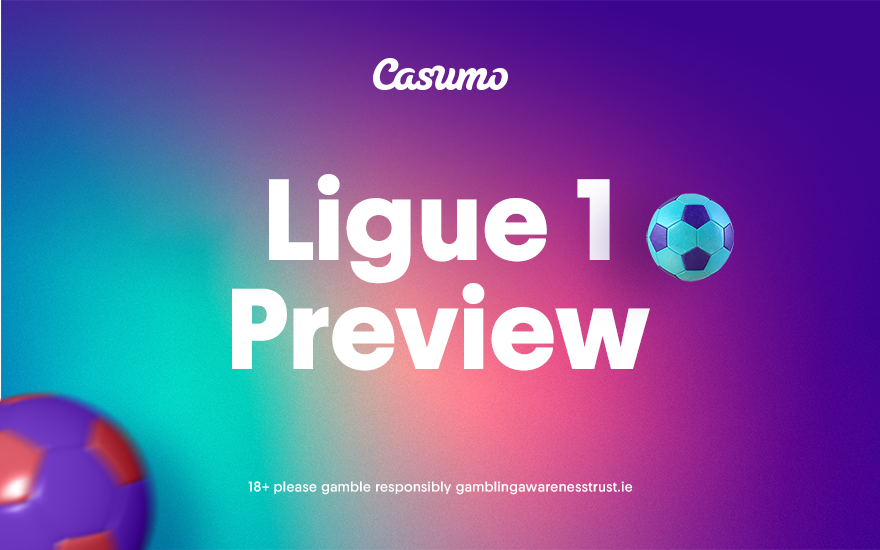 The Ligue 1 title race may seem like a foregone conclusion, but there are still plenty of issues to be decided in the top and bottom halves of the table. In this preview, we will look ahead to two big weekend games – Nice v Paris Saint-Germain on Saturday, and Marseille v Monaco on Sunday evening.

Paris Saint-Germain take another giant stride towards the title

It’s a case of catch them if you can, as Paris Saint-Germain are seemingly storming towards another title triumph. As things stand, they are 15 points clear with 12 games to go. It is a case of when, rather than if, they will be crowned champions. Nevertheless, last weekend, PSG were forced to come from behind against St Etienne.

After trailing 1-0 in the 16th minute, PSG roused themselves. They eventually emerged 3-1 winners thanks to two goals inside the space of five second-half minutes. Kylian Mbappe grabbed a double, while Danilo Pereira struck the other to add some gloss to the scoreline.

PSG’s win over St Etienne will have pleased the statisticians. Kylian Mbappe has netted 156 times in PSG colours. He is the club’s joint-second top scorer. He has also grabbed at least 10 goals and 10 assists in France’s top-flight division. Meanwhile, Lionel Messi is the first player to reach 200 assists in Europe’s top five leagues since Opta began collecting data in 2006/07.

Nice may have been frustrated in some senses against Strasbourg last weekend. Nevertheless, Nice claimed the most unlikely of draws. They held Strasbourg without conceding despite playing 25 minutes of the game with just nine men after Dante and Justin Kluivert were sent off.

Nice v Paris Saint-Germain: A look back at past encounters

We may have liked the look of the Over 2.5 goals market, but judging by the most recent encounters in the cup and league, a draw could be on the cards. In their last league meeting back in December, Nice picked up a point after a goalless draw at the Parc des Princes.

Although Marseille’s chances of overhauling PSG to claim the Ligue 1 title are slim at best, they haven’t been in the best of form. Last weekend, they were held to a 1-1 draw away by Troyes. In fact, they have won only one of their past three league games.

At the time of writing, Marseille are second in Ligue 1. They are a point above third-placed Nice, but they have an inferior goal difference. What may be more concerning, is that they have only scored 39 times this season. This is fewer than the likes of Rennes, Strasbourg and Lens.

Meanwhile, Monaco’s season is in danger of fizzling out. They haven’t won any of their past three matches. The best they can probably hope for now is a mid-table finish, even though they are only five points off Rennes in fourth.

Marseille v Monaco: A look back on past encounters

This fixture has usually provided plenty of goals. For Marseille, it is a game they can’t afford to lose if they want to consolidate a Champions League spot and finish above Nice. In their previous meeting back in September, Marseille ran out 2-0 winners.

On that day, Bamba Dieng helped himself to a double, and Marseille proved to be too strong for Monaco. As far as Monaco are concerned, they could shake things up in the race for the Champions League if they were to beat Marseille, and ultimately push PSG closer to the title, which they may not be too happy about.