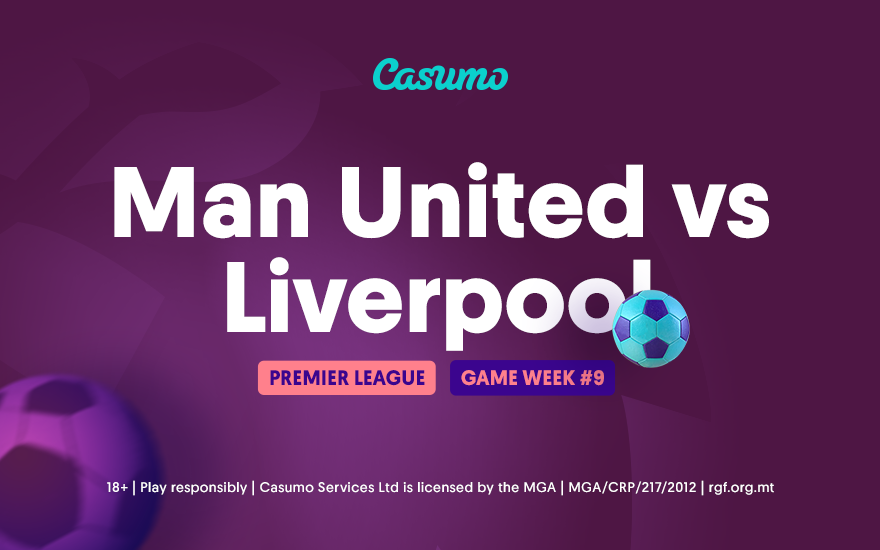 We’re still catching our breath after an epic week of Champions League football. Match Week 3 stunned us with goals, comebacks, red cards, golazos, hammerings and more… it really had everything. Our focus shifts to the Premier League with next Sunday’s huge fixture in mind.

Both Manchester United and Liverpool enjoyed wins in the Champions League, both sides had to work very hard for them, and both matches included five goals.

On Tuesday night, Liverpool strolled to a quick 2-0 lead over Atletico Madrid, only to be pulled back by a Griezmann brace. He was sent off in the second half, and Liverpool managed to “win dirty” A Mo Salah penalty gave them three massive points in Group B.

The following night, Manchester United welcomed Atalanta, and might as well have rolled out the red carpet for the Italians. Atalanta raced to a 2-0 lead at Old Trafford and United looked more still than the statue of their Holy Trilogy outside. Is this Harry Maguire’s way of trying to get a statue made, we wonder? Their first half was dismal, embarrassing and had no style of play, which has become a typical feature this season.

Paul Pogba started on the bench, but the second half saw a different Manchester United emerge. It was Rashford who broke the Atalanta defence first, and then of all people Harry Maguire levelled with a striker’s finish. Of course, you all know what happened next. Cristiano Ronaldo won it late for United, sparing his team’s blushes once again and putting United on top of Group F.

Where would they be without him, you may ask? Well… perhaps in a worse position, but maybe even better tactically. His signing has cast Greenwood on the outside of a front three… and he belongs in that number 9 spot. His signing has also made them at times look like a one man show, and this needs to be addressed.

When United welcome Liverpool, the red carpet has to be locked away. Ole Gunnar Solskjaer’s choice of midfielders will be the key. We saw Paul Pogba have an instant impact against Atalanta, but using him in the correct position will be the key.

Yes, United are the underdogs here. Liverpool are yet to lose a game this season and Mo Salah looks like he could go on to win the Ballon d’Or at last. His form has been ridiculous, while Mane and Firmino are looking excellent too. Between them they have scored 16 goals this season which is lovely.

Klopp looked prickly in his post match interview on Tuesday night, and this bodes well for the Reds. They managed to win dirty away, where many sides often failed to cope with Atletico Madrid’s tactical and mental set up. Liverpool unlocked a side to them which is key for winning big games: at times you need to play the game, be a little street smart and chase the win at all costs.

Liverpool have only dropped points once when playing away this season and have a winning streak of three away games in a row. Indeed, as United surrendered their record breaking away run, Liverpool are on a run of their own: no defeats in 11 matches on the road. They are looking strong, irresistible and mentally stubborn.

We say form goes out of the window during these type of games, but it is hard to ignore Liverpool’s brilliance and dominance this season. United look baggy, as Gary Neville put it, with huge gaps appearing in the midfield. Their defence is statuesque, so we can’t imagine Liverpool drawing a blank.

There will be goals in this one, but the Ronaldo factor makes it difficult to pick an eventual winner. It takes one moment of glory to win a game, that is unless Liverpool haven’t run away with it early on at Old Trafford.

Do you dare to predict this one? We’re going for the obvious: Both teams to score, and a Liverpool win combined is yours at 14/5 or 3.8.