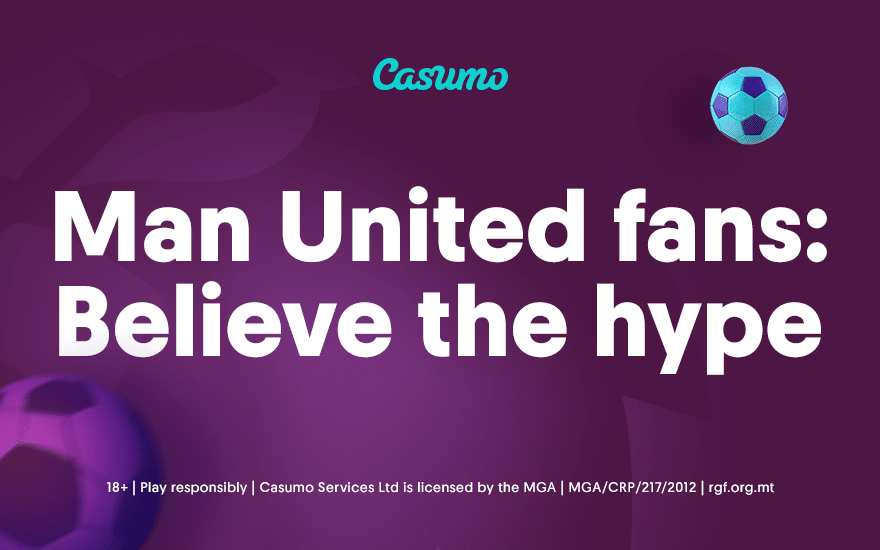 Public Enemy may have told us not to, and Manchester United were Public Enemy number 1 in the late 90s, but we’re going against their 1988 hit single’s advice. They may have only won the League Cup that year, but we’re backing them to go further this season and clinch the league trophy.

Manchester United are priced at 11/2 or 6.5 to win the Premier League.

That’s a big shout, yes, so allow us to explain why. Last season, United fell to SIX league defeats. All those defeats came at home and most were attributed to a horrible start of the season. Six defeats at Old Trafford is a problem, but it’s not a major one. The lack of fans in the biggest league stadium in England was certainly felt, and on Saturday afternoon we saw Old Trafford’s shine once more. The fans loved it. Beating Leeds is always fun, but doing so in such emphatic fashion, with a brilliant performance left the fans bouncing. They were privileged to have seen a Bruno Fernandes hat-trick AND a poker of assists from Paul Pogba, who managed to beat last season’s tally of assists in one single afternoon.

Ole Gunnar Solskjaer has led his squad far in every competition he has been in, bar the Champions League. Three semi finals in his first full season, one more last season and the Europa League final too. Yes those were five defeats, but with a deeper, more experienced squad, they can make the extra step.

Winning the League Cup, FA Cup or Europa League will not mean much to United fans. Their eyes are on the main prizes. The Premier League first, Champions League second. We’re not tipping them to win the Champions League, but United are in with a loud shout for the league.

They secured the services of Jadon Sancho at long last, but more importantly have also brought in a World Cup winning center back. Raphael Varane was unveiled in front of the fans prior to kick off against Leeds and he might be the missing piece of the puzzle. Adding to that, Lindelof has just been named the captain of his national team, and the Swede will continue to develop well with Maguire and Varane as his seniors.

Their back line is extremely good now. Luke Shaw showed us why he was so highly sought after all those years ago with an outstanding Euro 2020, Harry Maguire’s consistency is admirable, and Aaron Wan-Bissaka will continue to improve too.

Last season United were decent going forward, but hopeless at the back at times. They’ve addressed two key positions in a good summer transfer window, so their squad is balanced well at last.

Of course, we’re not saying United’s quest to the Premier League will be easy, as winning a domestic league is never easy unless you are Bayern Munich and perhaps now PSG again following their frankly insane summer window.

Liverpool have improved with what feels like a new signing following van Dijk’s recovery from his long term injury, but it’s Chelsea who have made the most progress. We discussed the importance of Lukaku’s signing last week, and since he’s now in contention to face Arsenal on Sunday we can’t wait to see him rip them apart.

Arsenal are, well, hopeless again. A 2-0 opening day defeat at newly-promoted Brentford exposed their issues once more and they’ve made zero progress which is alarming. Just how Mikel Arteta keeps getting praise from Pep Guardiola is beyond us, as his Arsenal side have been terrible for a long while now.

It’s not easy or nice using strong language to describe a football club of such great heritage, but something needs to be done there as that squad is just not getting anywhere near the top four this season.