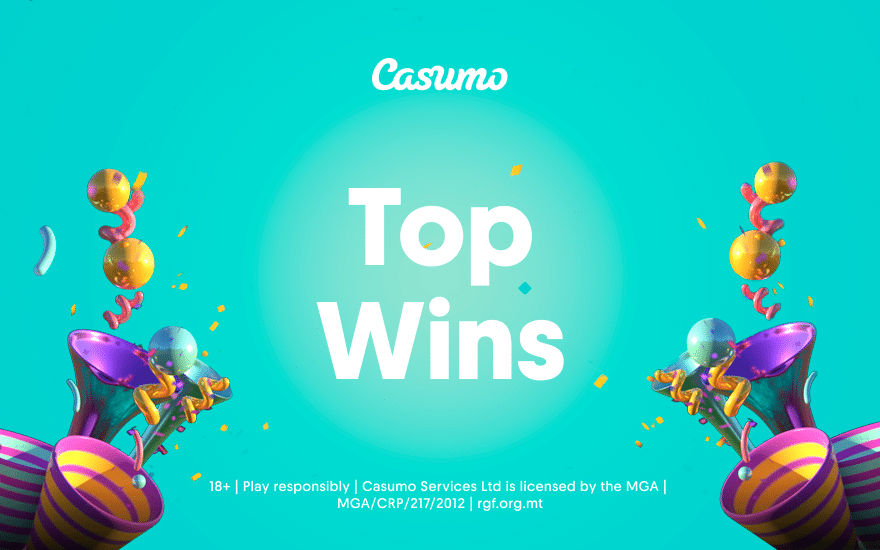 October 2021 Top Wins and a New Game Tops the Charts!

October is over. We’ve put away our witch’s brooms and cauldrons until next year and finally gotten “Monster Mash” out of our heads. But we’re not completely done with the month just yet (and not only because you just started humming “Monster Mash” to yourself again). That’s right, it’s time for our October big wins roundup!

At Casumo, we had some very impressive wins in October, including one Casumo player who, with an 80 cent spin on Gonzo’s Quest Megaways, walked away with $15,233.84, or 19,042 times the original bet. Talk about a graveyard smash! What’s more, with the same game a different player won the largest single amount of anyone in October, with a win that earned $21,168.80 on a $2.00 spin.

Let’s hear a little more about the game that brought in all these winnings!

Gonzo’s Quest Megaways – a new spin on an old favorite

The Gonzo’s Quest Megaways slot is the Megaways version of the classic 2012 Gonzo’s Quest slot from NetEnt. The game’s main character Gonzo is based on Gonzalo Pizarro, a Spanish conquistador. He sticks by your side as you play, cheering you on and breaking out his best dance moves (including the moonwalk) when you win.

The symbols are based on Mayan artwork and include low-value animals on stone slabs and high-value Mayan masks. To make things even more interesting, the question mark symbol is wild.

The Megaways game retains the original avalanche feature, with winning symbols exploding into bits and pieces to make room for an avalanche of new symbols to pour in and give you another chance to win.

Now let’s move on to our October’s largest ‘win x bet’ wins. Check out the Top 10 games from the past month!

The new game topping the list in October is Wanted: Dead or a Wild

And the award for best new artist goes to…Wanted: Dead or a Wild. That’s right, for the first time ever, the Wild West themed slot from Hacksaw Gaming gave Casumo players the most big wins last month with 15 wins worth over 2,000 times the bet. Mystery Museum (14 big wins) and Razor Shark (13 big wins) gave the cowboys and bandits a run for their money, though!

At Casumo we have a selection of 2000+ casino games to choose from, including jackpots, table games, a live casino and many different video slots. All you need to do to play at casumo.com is register an account – if you haven’t already done so. Log in, first select Game Browser and then pick your favourite slot game.