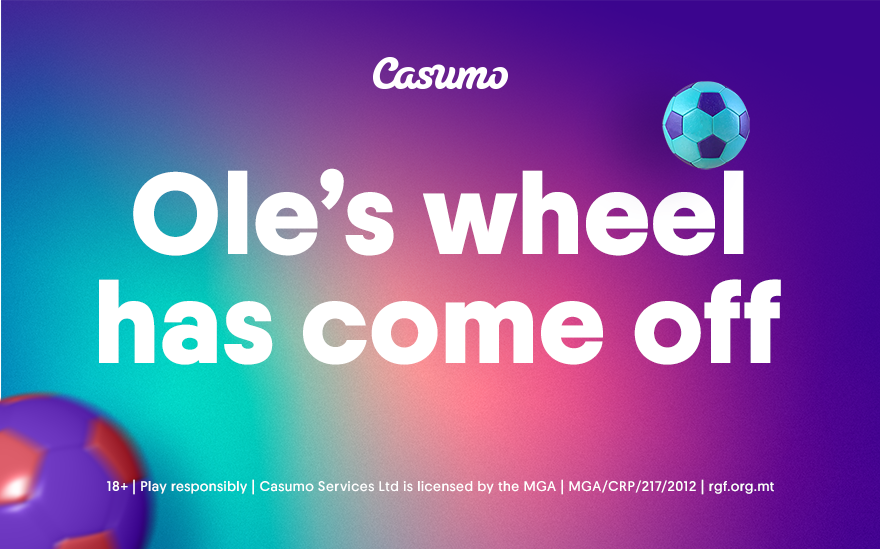 Ole’s wheel has come off

It can’t get any worse than this, can it? With Manchester United being embarrassed, humiliated and ultimately destroyed by Liverpool at Old Trafford, Ole’s wheel has broken off…

Watching that game was painful. Even for the neutrals it would have been tough, as the gulf in quality was almost non-sportiv. It was like watching men against boys who had never seen a football pitch beforehand. Manchester United players were nowhere near any Liverpool players, with or without the ball and the gaps in midfield were galactic.

We’ve spoken about United having no shape, no DNA, no tactical idea… and the  most scary thing is perhaps that this time, Solskjaer set up his boys for the early press. Firstly, pressing up against Liverpool is always a massive ask but a manager’s task is sometimes to adapt tactically to match his opponent and not try to stick by his guns all the time.

Solskjaer has repeatedly said that United, when playing at home, should always be on the front foot. This is brave and bold, and can be done when you have the right players. This United squad is imbalanced, lacks two proper holding midfielders and has a weak defence.

To add some perspective to the above, McFred, as the comedy pairing of Scott McTominay and Fred have been dubbed, managed 1 tackle all game. Fred actually made zero. Zero. If you are a defensive midfielder, that’s a massive part of your game. Just imagine an accountant who can’t count, or a surgeon who faints at the sight of blood…

Were Liverpool brilliant? Nope. I would say they never even saw fourth gear, it was that simple for them. They themselves looked shocked and almost embarrassed at just how easy this was. Salah’s hat-trick, while impressive, really was watered down and to be fair they should have gone for the jugular here and scored at least seven goals. Even when United went for damage limitation mode, Liverpool were just toying with them. It’s scary to think what will happen when Man City go to Old Trafford on November 6th. It’s going to be like watching Floyd Mayweather at his peak, toying around, dancing and then delivering one solid knockout blow while never breaking sweat.

Manchester United now have no option. Mentally, there’s no way back from this. You don’t recover from this, and the season can already be written off. They are miles, no galaxies, away from Liverpool, Chelsea and City… and this is despite having one of the best attacking squads in the league. It’s hard to recover when the stadium drains at half time, when Liverpool fans have a party in your own backyard, when Pogba gets himself sent off in a needless challenge, then smiles after. The pressure is now huge and it’s almost impossible to work in those conditions.

You can tell that Solskjaer struggles when it comes to improving players or even helping new players settle in. Jadon Sancho has found it tough, Donny van de Beek (who?) is invisible and this is a worrying sign. He’s meant to be building a squad, but when players can’t seem to get going under him, you can see there are issues.

The board will stick to Solskjaer for now, and probably might back him to the end of the season, despite the fact that Antonio Conte is available. Their gruelling run of results does not stop, with Spurs this weekend and Atalanta midweek before the City game.

United still have no identity and were exposed by Leicester a week before, where they also came to Old Trafford and scored FOUR. It’s beyond ridiculous and even Atalanta found the first half a walk in the park. Sure the comeback was great, but that was pure desperation and United need to sort out that hopeless defence. Maguire and Shaw were statues, when they are meant to be the leaders back there.

Saturday’s trip to Spurs has been labelled El Sackicko… as both Ole and Nuno Espirito Santos can face the sack if the result goes wrong for them… which one are you backing to remain in a job?