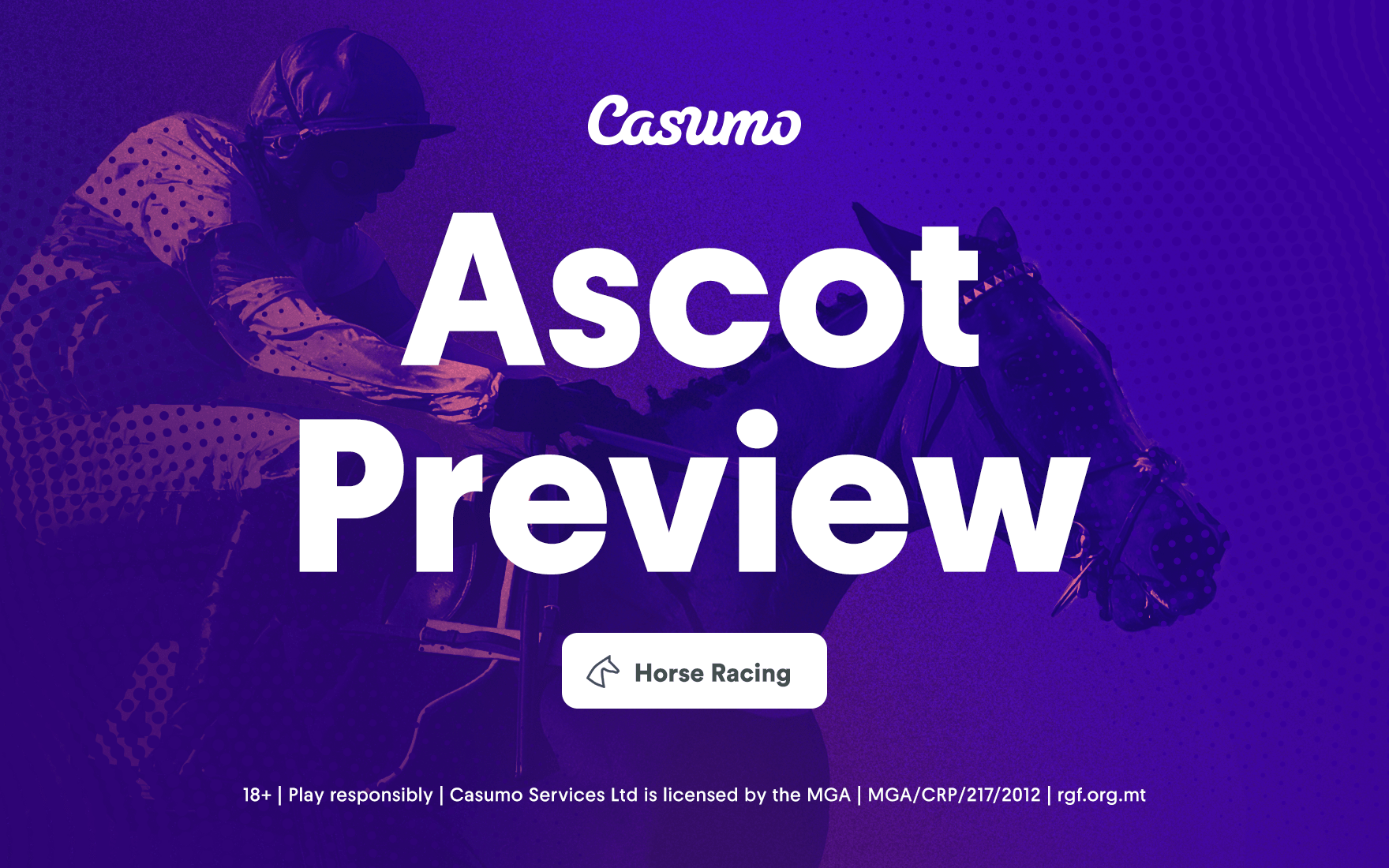 More top action this week as the horse racing bandwagon turns its attention to the 2021 Royal Ascot Meeting. The five-day meeting (Tues 15th-Sat 19th June) is always one of the highlights on the flat racing calendar and we’ve got it all covered!

The action continues on Friday 18th June with another top card that includes the Group One Coronation Stakes.

Did you know? 17 of the last 19 Coronation Stakes winners returned 8/1 or shorter in the betting.

Like all big race days, here at CASUMO we’re in your corner with key trends and stats, plus our free tips – use these trends to narrow down the field and find the best profiles of past winners.

CASUMO VERDICT: Some potential stars of the future on show for the opening day four Royal Ascot race with the 2 year-olds lining up for the Albany Stakes. The interesting stat ahead of this contest is that a massive 12 of the last 16 winners came between stalls 11 and 15 – this is great news, therefore, for PRETTIEST, OSCULA, EVE LODGE, SUNSTRIKE and GYPSY LADY. Away from that bunch, Cachet, Flotus and Hello You were all very impressive on their debuts and command respect, but I’m happy to stick with the draw trend and side with the Aidan O’Brien-trained PRETTIEST and the George Boughey entry OSCULA. The former comes from a yard that won this race in 2016 and even though her debut win at Navan is hard to assess, the fact she’s coming over to Royal Ascot suggests connections feel she’s a fair sort. Yes, she’ll probably want further in time, but if the rain comes and the ground gets more testing that will help her cause. Ryan Moore rides. Oscula is one of the more experienced in the race with three runs and that must count for something. She’s won her last two well and is clearly learning fast on the job. This is a step up again, but she did it well in a nice race at Epsom at their Derby meeting and with the expected improvement can go well again with the useful Mark Crehan keeping the ride. Of the rest, Eve Lodge has experience of the track, so that helps and won well at Lingfield last time out, while Gay Kelleway’s Gypsy Lady will have the services of Hollie Doyle as a plus – both could outrun their odds.

CASUMO VERDICT: The 111-rated Gear Up was last seen running down the field in the Derby so needs to bounce back but prior to that had run a fair 5th in the Dante Stakes at York and let’s not forget he’s a G1 winner when winning in France last season. Any rain will be fine for this Mark Johnston runner and there is every chance the track at Epsom last time out just didn’t suit. He could easily bounce back, but the niggle is the trip for me. So, the call goes to the Haggas-trained – ALENQUER – who was last seen beaten the subsequent Derby winner – Adayar – at Sandown. Of course, that form has been given a huge shot in the arm and even though the step up to 1m4f (from 1m2f) is an unknown, connections clearly feel he’ll stay and with only three career runs there is every chance we’ve not seen the best of him either. Of the rest, the Aidan O’Brien runner – The Mediterranean – has run two solid races over this trip, including a close second in a Listed race at Leopardstown last time, so can’t be ruled out either. Of those at a bigger price, TITLE, who won well at Yarmouth, last time out could have more to come and it wouldn’t be a shock if he outran his odds.

CASUMO KEY TREND: 13 of the last 18 winners finished in the top three last time out

CASUMO VERDICT: 2020 Queen Mary winner, Campanelle, acts well here at the track and this Wesley Ward runner will be a popular pick with Frankie riding. She’s one on softer ground too if there is any rain and the trip is fine, while she gets a handy 3lbs fillies’ allowance too. Dragon Symbol and Diligent Harry have done well this year to command respect too, but it’s another filly that I like here in SUESA. This 3 year-old has won all four career starts and was very impressive when winning last time at Chantilly in a G3. Any rain would be a huge plus and William Buick has been booked to ride this French raider – she also gets a handy 3lb allowance. Jumby is a useful sprinter but is stepping up from handicap company into a G1, so more on his plate, but the other of interest is SUPREMACY (e/w). This 118-rated 3 year-old is the top-rated in the field and should be a lot fitter for his return run here back in April. He was sent off odds on that day and even though he was slightly hampered in the race it was still a below-par run. He’s clearly better than that and don’t’ forget he was an impressive 4 length winner of the G2 Richmond Stakes at Glorious Goodwood last season. With Derby-winning jockey, Adam Kirby, having the pick of the Clive Cox runners, it’s also interesting he’s sticking with Supremacy over their other entry – Diligent Harry.

CASUMO KEY TREND: 5 of the last 6 winners were drawn 8 or lower

CASUMO VERDICT: A great renewal with Irish 1000 Guineas winner – Empress Josephine – and English 1000 Guineas heroine, Mother Earth, topping the bill. Both are trained by Aidan O’Brien and are closely rated. If the ground gets desperate Empress Josephine might be more suited to it, but with Ryan Moore picking MOTHER EARTH, she gets the nod. This 3 year-old filly has since run a close second in the French Guineas, but has also handled cut well in the past having had 33 days to get over that last race has been freshened up a tad. She will face strong challenges from the Ed Walker-trained Primo Bacio, who was impressive in landing a Listed race at York last month, while the Frankie-ridden Pretty Gorgeous, will be fitter for her 7th in the Irish 1000 Guineas last time. Snow Lantern and Alcohol Free have squeaks too if bouncing back to form, but the other of interest is the Sir Michael Stoute entry – POTAPOVA (e/w). She’s won both starts in impressive fashion and even though this is a big step up in grade, she comes from a big stable that must feel she’s useful. The step up to a mile (from 7f) is fine, while with just two career runs is the least exposed runner in the field that should have more to come.

CASUMO KEY TREND: 12 of the last 15 winners came from stalls 5 or higher

CASUMO VERDICT: A very tough and competitive renewal of this handicap with 30 runners entered. With 16 of the last 19 winners running between 2 and 4 times that current season this is a decent stat to have onside. Also considering the competitive nature of the race, the favourites have a fair record – winning 6 of the last 19 and being placed in the top 4 in 12 of the last 19. Therefore, the Haggas-trained BELIEF (e/w) looks a fair option. This 3 year-old has only had three runs, but got off the mark to win well at Thirsk last time out. Is into a handicap for the first time here but gets in with a fair-looking mark of 88 and only 8-7 to carry. Cieren Fallon rides and draw 20 is fine. Haggas also has a royal runner in Companionship, who Hollie Doyle rides, plus Ready To Venture, with Hollie’s partner Tom Marquand in the saddle. You have to respect the two Aidan O’Brien runners too – Friendly and Montego Bay – but O’Brien is yet to win this Royal Ascot race. His son – Joseph O’Brien – looks to mean business though with four runners – Camdeboo, Messidor, My Generation and Thinking Of You. Of that bunch, CAMDEBOO (e/w) is interesting. This 3 year-old was an easy winner over 7f at Cork two runs back, so it’s a bit odd she ran over 5 ½ furlongs last time. She still ran okay to be 4th and it was a Listed contest too – However, you wonder if there was a reason for that now into a handicap for the first time. Beheld, Pomelo and Lucid Dreamer are three Juddmonte runners to note, but the other pick is KESTENNA (e/w), for Gosden and Dettori. She wasn’t disgraced when 7 lengths off Primo Bacio last time out at York in a Listed race, but has been dropped 3lbs in the ratings for that and now in a handicap looks to have a better chance. Drawn 7 is fine and Frankie has a great record in this race with seven wins in total.

CASUMO VERDICT: Yet another tough race to solve, but with trainers Hughie Morrison and Mark Johnston having terrific records in the race, it could pay to stick with their runners. Morrison runs QUICKTORN, while Johnston has ZABEEL CHAMPION. The former was a nice winner at Haydock last time out over this trip and despite being hiked up 13lbs for that it was an easy 8 ½ length win and the form has been franked since with the second winning. Oisin Murphy, who rode that day, rides again. Then Zabeel Champion will draw the eye of punters with three wins against his name. The last of those was only by a nose but he’s up just 2lbs for that and connections have given him 47 days off to recoup. He looks a typical tough middle-distance performer that might just have more to come. Of the rest, Aaddeey will be popular too after a smooth win at HQ last time, but is up 13lbs for that. SCARLET DRAGON (e/w) won this race 12 months ago and with Hollie Doyle riding is another to note despite being 4lbs higher this time. If the ground stayed on the quick side, Lost Eden, is worth noting too, while Favourite Moon, Grand Bazaar, Valyrian Steel and former Triumph Hurdle fancy – Tritonic – with Ryan Moore booked to ride – are others to respect.

CASUMO KEY TREND: 14 of the last 15 winners came from a double-figure draw

CASUMO VERDICT: Only the one past running of this race, so not a lot of trends to go on. Jockey Silvestre De Sousa won prize 12 months ago and tries to follow-up – he rides Warrior Brave this time and looks to have a decent chance having run the useful Atalis Bay close at Sandown last week. Equality, Significantly, Boomshalaa and Bedford Flyer are all players, but the three I’m going to have onside here are NOMADIC EMPIRE (e/w), MO CELITA (e/w) and POPMASTER (e/w). The former was only beaten a length behind Bedford Flyer last time at York, but has a 4lb pull for that and should be a lot fitter this time. He was running in better races last season (Group/Listed) and is fine if there is any rain. Mo Celita doesn’t know how to lose at the moment – winning her last five and despite shooting up the ratings as a result could still have more to come. She’s 8lbs higher again here but won easily by 2 ¼ lengths last time, plus has acted with some give if the rain arrives too. Oisin Murphy has been booked to ride. Finally, Popmaster comes from the Ed Walker yard that do well here with their 3 year-olds. He was a bit unlucky last time after getting held up in his run but has also been gelded since that last outing. The drop back to 5f on this stiffer track could bring out more and Tom Marquand, who has won on the horse in the past, has been booked to ride.

CASUMO KEY TREND: Trainer Ed Walker has a 26% record at Ascot with his 3 year-olds