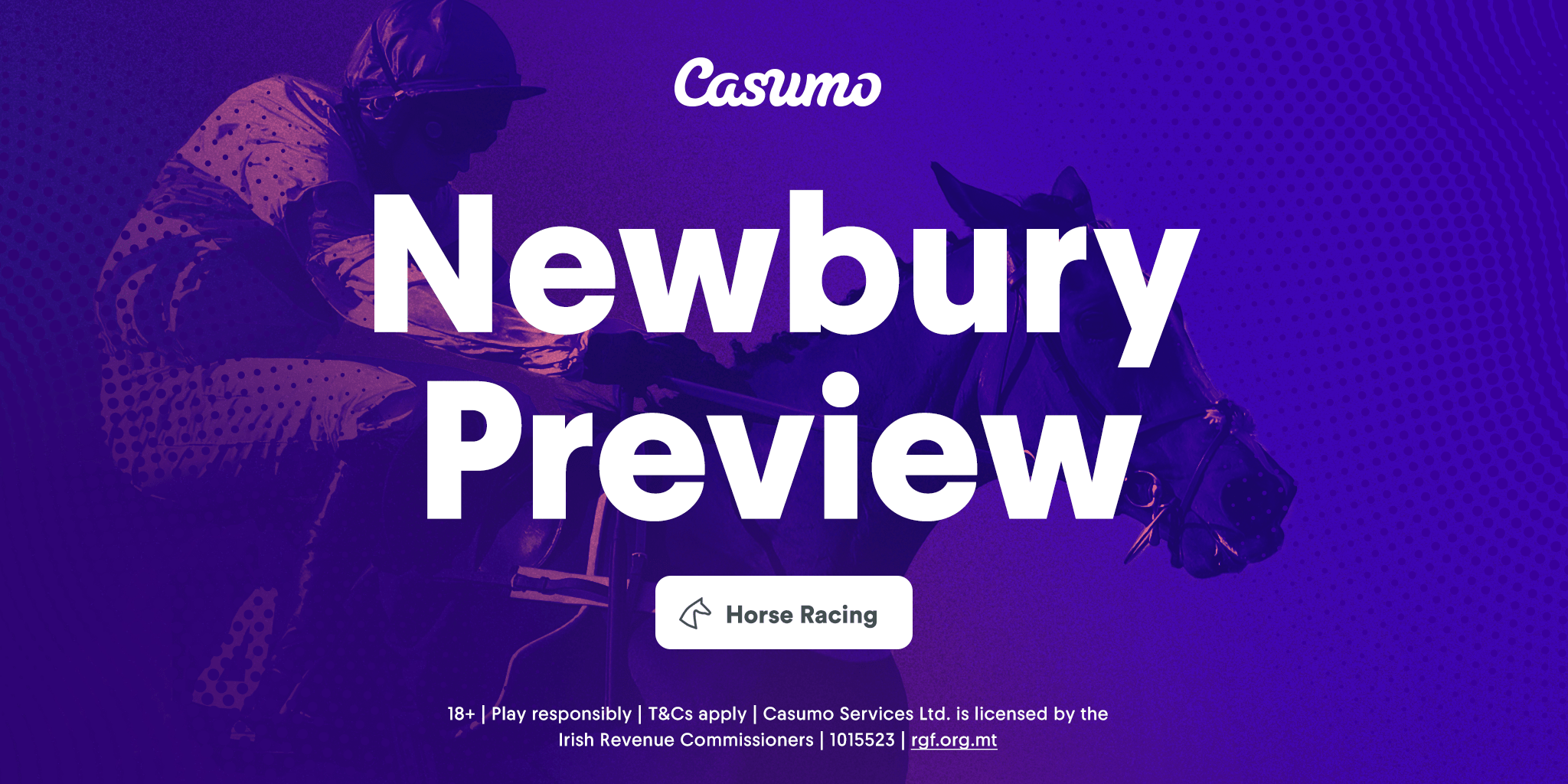 This Saturday we’ve another busy day of LIVE ITV Racing with the cameras heading to Market Rasen and Newbury to take in seven races across the two venues.

At Market Rasen, over the sticks, it’s their biggest day of the season with the Summer Plate Chase (2.40) and Summer Handicap Hurdle (2.05) the feature contests.

Like all big race days, here at CASUMO we’ve got the LIVE races covered with key trends and stats – use these to whittle down the runners and find the best profile of past winners.

CASUMO KEY TREND: 11 of the last 16 winners returned 4/1 or shorter in the betting

CASUMO VERDICT: Course winner – Stormy Antarctic – can go well and will be fresher than most after a few months off since winning well at Goodwood at the end of May. But this Ed Walker runner was put in his place when beaten 2 ½ lengths by SOLID STONE at Windsor earlier this season and that’s hard to ignore. This Sir Michael Stoute runner has since run a respectable third in the Wolferton Stakes at Royal Ascot, while the yard has a fair record in this race. Trip and ground are fine and this 5 year-old is also the top-rated in the line-up. Blue Cap, Fox Tal and Felix are others to respect, as is the only other course winner in the field – Majestic Dawn – but the other call is the Godolphin runner – REAL WORLD (e/w). The ‘boys in blue’ have a decent record in this race – winning 4 of the last 11 renewals so that’s the first positive. This 4 year-old was an impressive winner of the Royal Hunt Cup at Ascot last time out over a mile and even though this is a step up in trip and in grade, he won with plenty in-hand that day to suggest he’s worthy of respect.

CASUMO VERDICT: Mildenberger and Sleeping Lion are both course winners that can go well, while Global Heart has to be respected if you can forgive his last two runs. Of that bunch, the John Gosden-trained Mildenberger looks sure to run his race again and will be popular with the each-way players. Margaret Dumont has a very consistent profile and ran another solid race last time at Newcastle when runner-up in the Northumberland Vase. But the winner of that race – ZEEBAND – is back for more here too and I think he can uphold that form. Yes, the runner-up is 5lbs better off this time, but the Roger Varian-trained Zeeband won well that day (2 ½ lengths) to suggest he’s up to franking that run. Cases can be made for the Paul Nicholls runner – Scaramanga, while the Ian Williams yard have won this race before – they run INDIANAPOLIS (e/w), who could be interesting. He gets in with just 8-6 to carry and looks the sort to do well upped back up in trip to 2m after looking a bit one-paced over 1m6f last time at Ascot. Finally, we’ve also got the 2019 winner in the race – Withhold – back for more. This Roger Charlton runner is the only CD winner in the field and Oisin Murphy has been booked to ride. But he’s not getting any younger at 8 and his last two runs have been poor, so you’d be hoping he’s back on song to his 2020 level of form if siding with him.

CASUMO KEY TREND: 14 of the last 17 winners were aged 5 or younger

CASUMO VERDICT: A fair renewal of this Group Three, but having said that we’ve also got several on slight recovery missions too. Royal Commando should find this easier than the G1 Diamond Jubilee Stakes (6th) he ran in last time out and will also be more at home on this better surface. Godolphin’s Royal Crusade blew away the cobwebs at Newmarket last time in the G3 Criterion Stakes (7th) and will be better now dropped back to 6f. King’s Lynn ran a blinder to be a close second in the Wokingham Handicap and prior to that has run well in and around this level to certainly command respect. But we’ve also got last year’s winner in the race – TABDEED – and I feel the top-rated horse in the race is once again the one to beat. This Owen Burrows runner returned from a long break to run a respectable fourth in the G3 Chipchase Stakes at Newcastle last time and with 3 weeks to get over that, should be spot-on for this now. Of the rest, DILIGENT HARRY was actually a place ahead of Tabdeed at Newcastle (3rd) last time out and looks set to run his race again – he’s the danger for me. Course winners, Method and Happy Romance make up the seven runners.

CASUMO KEY TREND: The Richard Hannon yard have won 6 of the last 17 runnings

CASUMO VERDICT: A big pot up for grabs for these 2 year-olds, with £98k going to the winner. It’s a race the Richard Hannon and Richard Fahey yards like to target, so their runners have to be a good place to start. Fahey has just the one runner this year too and that could be significant – VINTAGE CLARETS. This 103-rated juvenile has already set a decent standard in his races too, when last seen running a cracking third in the G2 Coventry Stakes at Royal Ascot. That is one of the best bits of form on offer here and he also gets in here with only 8-9 to carry – Paul Hanagan, who teamed up with Fahey to win this race in 2013, is in the saddle. Then the Richard Hannon yard have an army – Raging, Zoltan Star, Gubbass, Symphony Perfect, Banner Moonshine and Desert. All six have to be respected, but if pushed the Sean Levey-ridden Gubbass, who won well on debut at Leicester, stands out. Sean rode the Hannon winner of the race 12 months ago too and with a G2 Gimcrack entry later in the season, connections clearly feel this colt is useful. The other class act in the race, based on what we’ve seen so far on the track, is CHIPOTLE. This 2 year-old has won 3 of his 4 starts, including the Listed Windsor Castle Stakes last time out at Royal Ascot. His only poor run to date came on softer ground, so any more rain would be a negative, but should conditions dry out more in the build-up to the race he might be hard to beat.

CASUMO VERDICT: A super-competitive renewal, as normal. But with 15 of the last 19 winners aged 5 or 6, then this is a good trend to have onside. This would be a negative got Hang In There, Mrs Hyde, Ambassador, Snookered, Ingleby Hollow, Stonific and Competition, who are all either older or younger than 5 or 6. We’ve last year’s winner in the race too – Red Force One, when trained by Paul Nicholls (he’s now with Philip Kirby) He’s been running on the flat of late with a degree of success and being only 2lbs higher than 12 months ago can’t be ruled out. Camprond was a very easy winner here last time out and will be popular, but he was sent off 1/14 in the betting that day so was entitled to win well. He should still go well, but this will be a lot harder than last time. Both Voice Of Calm and Valentino Dancer were good winners last time out, but are also both up a fair bit in the handicap as a result – Voice Of Calm is up 9bs and Valentino Dancer 8lbs. The Henderson-trained Hooper – keeps defying his knockers and has now won his last five. He’s up another 7lbs here from his last win at Stratford and even though you feel he’s hard to rule out, you also feel his winning spree has to end soon. So, the two I like are WICKED WEST (e/w) and PAGERO (e/w). The former hails from the Dr Richard Newland yard that won this race in 2015 and he heads here in great form after an easy win at Southwell last time out. The form of that race has been franked since with the second – Percy’s Word – winning well in midweek, so even though he’s up 12lbs here, there should be more to come with only five career runs over the sticks. Then Pagero often travels well in his races, and I expect that to happen again here. This Jonjo O’Neill runner ran well to be second over 2m4f last time, but the drop back to 2m will help, with conditions ideal too. He’s won 3 of his 13 hurdles starts and been placed in 8 of those too, so even though he ran a poor race at Hexham last October – overall, he’s a fairly consistent performer.

CASUMO KEY TREND: 10 of the last 13 winners were aged between 7-9 years-old

CASUMO VERDICT: Another race with several chances, but it’s hard to not have been taken by the way the Dr Richard Newland-trained CAPTAIN TOM CAT has taken to fences. This useful hurdler is now 3-from-3 over fences and has won that trio of race by an aggregate of 52 lengths! The last of those successes came at Worcester when he got home by 29 lengths. Yes, this will be harder now into a handicap for the first time and his chase mark of 147 is a lot higher than his hurdles rating of 126-127, but his jumping has caught the eye and likes to get on with things from the front so can stay out of trouble up top once again. Solomon Grey, who was third in this race 12 months ago, is a course winner, but needs to bounce back from unseating at Uttoxeter last time out, while others that come here in-form and off of good wins are the Paul Nicholls-trained Darling Maltaix and Fire Away – both should go well. The consistent Danse Idol is interesting too, with the Skelton yard booking a 7lb claimer to ride, while the likes of Francky Du Berlais, That’s A Given and Exelerator Express are others to consider. It’s the Amy Murphy runner – MERCIAN PRINCE (e/w) – that just edges it though. The yard won this race in 2020 and they look to have one with a fair chance of adding to that. This 10 year-old has been running well over hurdles – winning last time out at Worcester – but with 8 chase wins has a better record over the bigger obstacles. Trip and ground are fine, and he gets in here with a nice racing weight of 10-12 and seems to have benefitted from a wind-op that he had two runs ago.

CASUMO VERDICT: Course winners, Byron Flyer and Giovanni Change can’t be ruled out and recent winners Breaking Waves and The Distant Lady are others that are sure to be popular. The last-named though hails from the Graeme McPherson yard and even though she was a nice winner at Newton Abbot last time out is up 6lbs and the stable are only 1-from-33 with their hurdlers at the track – that would be a worry. So, the two I’m going to focus on are TASTE THE FEAR and BALLYELLIS (e/w). The former comes from the Dr Richard Newland yard that have a 24% record with their hurdlers here. This 6 year-old was a winner at Uttoxeter in June and was only just touched off (2nd) last time at Worcester. Then Ballyellis could easily go well at a fair price in what looks a slightly easier race than the one he ran in last time at Uttoxeter. He’s one of just three proven winners at this trip and jockey Jordan Nailor gets on well with him to take off a handy 3lbs also – he comes from the Nigel Twiston-Davies yard that have an 18% record with their hurdlers at the track.