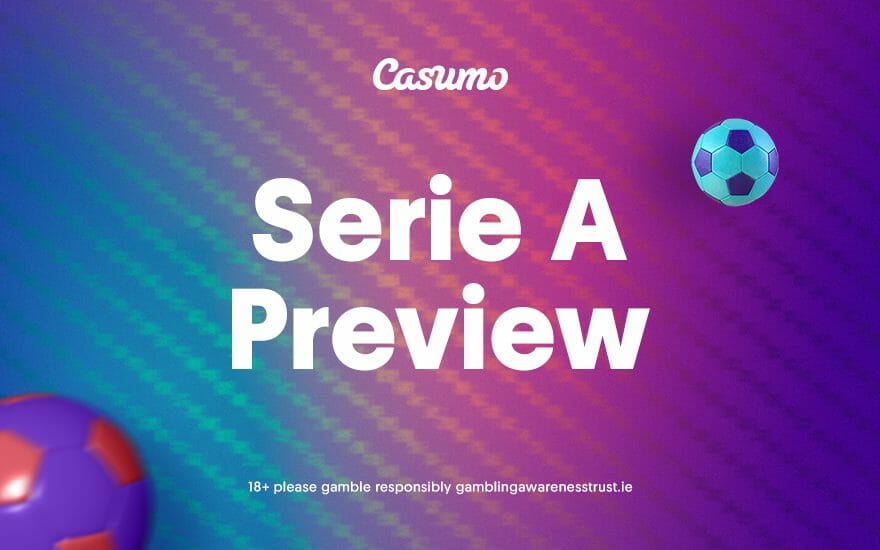 Serie A always throws up plenty of surprises, which makes for compelling viewing. Who would have thought Inter Milan would slip up against Sassuolo, while Juventus would be held to a draw at home to Torino. Anyway, we’ll look ahead to two games this weekend – AC Milan v Udinese on Friday evening, and Lazio v Napoli on Sunday. We’ll also supply the latest match odds.

AC Milan fail to take charge in the title race

AC Milan had a golden opportunity to create more of a buffer between themselves and Inter Milan at the top of Serie A. However, after Inter slumped to a 2-0 defeat against Sassuolo, Milan followed up with a 2-2 draw away to Salernitana. It is the sort of game that Milan should have put comfortably to bed.

After going ahead in the fifth minute through Junior Messias, Salernitana went 2-1 up, but an Ante Rebic goal 13 minutes from time spared the Rossoneri’s blushes. Milan are currently two points clear at the summit, although Inter have the luxury of a game in hand.

One key takeaway from the draw against Salernitana was that Milan need to capitalise on their quick starts. Against Salernitana, they took the lead early on through Junior Messias, and it was their fourth goal of the campaign inside the first five minutes. However, the Rossoneri have had a habit of letting teams back into the games when they should be killing things off.

Udinese inching themselves away from the drop zone

Udinese are far from safe, as they are currently 16th in Serie A, and a mere three points above the drop zone. However, they will have been pleased to grab a point in their draw to Lazio last weekend. Of course, Milan will represent a stiffer test, but Udinese will be buoyed by their recent set of results.

AC Milan v Udinese: Unlocking the vault on past clashes

Interestingly enough, the last time Udinese visited the San Siro nearly a year ago, they came away with a draw. When the teams faced each other a couple of months ago, that game also ended with a share of the spoils (1-1). Judging by this recent trend, this game could be a draw too!

Napoli keeping themselves in the title picture

Naturally, the Serie A title race usually focuses its attention on AC Milan and Inter Milan, however, there are three teams in the thick of things. As things stand, Napoli are just two points off the top in third, and they are having a splendid season to date.

Despite this, they will have been slightly disappointed to drop points on their travels to Cagliari earlier this week. Or rather, they had Victor Osimhen to thank after he scored an equaliser with three minutes of the game remaining to ensure his side didn’t leave Cagliari’s ground empty-handed.

Meanwhile, Lazio are in the hunt for Champions League football, as they are sixth in the table and just four points off the top four. They are unbeaten since January, and although they drew last weekend to Udinese, they have built up momentum over the past six weeks.

Lazio v Napoli: How past clashes have unfolded

In many ways, this fixture has been rather one-sided judging by past meetings. In their most recent clash back in November, Napoli cruised to a 4-0 victory at home. Napoli were out of sight inside the first half an hour, with Piotr Zielinski, and a Dries Mertens strike ensuring all three points.

Fabian Ruiz popped up with the fourth goal five minutes from time to put the icing on the cake. In the context of the campaign, this is a huge game for both teams; however, Napoli won’t want to lose any ground on their title rivals, and they should win this game.