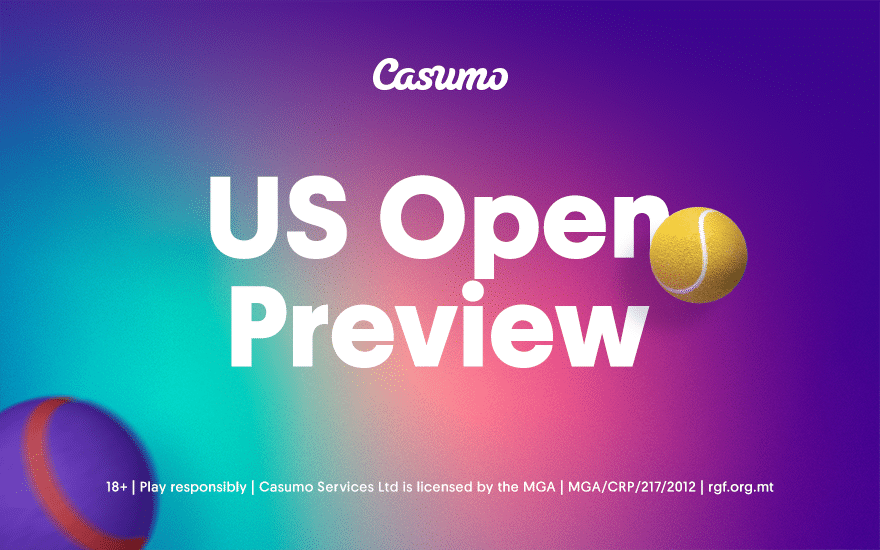 The final Grand Slam of the year is underway in the Big Apple, and all eyes will be on Novak Djokovic to see if he can complete the calendar Slam. And who should we be looking out for in the women’s draw? We will preview a few second-round matches, including Adrian Mannarino v Stefanos Tsitsipas, and Sloane Stephens v Coco Gauff.

Stefanos Tsitsipas had to display every ounce of grit and determination to get past a spirited Andy Murray in his first-round encounter. Tsitsipas, who — at the time of writing —has notched up 49 victories on the ATP Tour this season, had to come from a set down as well as fend off two set points in a second-set tie-break.

Tsitispas has been in fine fettle, and he enjoyed a strong hard court swing in the lead-up to the US Open. And the world No.3 admitted he had to “make sacrifices” to force his way back into the match against Murray. When asked for his thoughts, he said: “It is not easy. I think the atmosphere was great today, with lots of positive tennis.”

Although there were times when Tsitsipas appeared to be on the ropes against Murray, the Greek came under fire over his lengthy toilet breaks. Indeed, Murray was fuming after Tsitsipas left the court for an eight-minute toilet break before re-emerging for the deciding set. Murray was seen remonstrating with US Open match supervisor Gerry Armstrong, and he labelled it as nonsense.

Tsitsipas is 41 places above Mannarino in the ATP rankings, but it has hardly been a storied encounter. Indeed, there have only been two meetings in the past between Mannarino and Tsitsipas, with the head-to-head record split. Mannarino came out on top in China two years ago after Tsitsipas retired.

Kevin Anderson rains down aces in US Open first round win

Kevin Anderson did well to hold his nerve in a thrilling five-set epic with Jiri Vesely. Anderson rained down 49 aces, and he made 65% of his first serves. Also, he notched up considerable more winners than Vesely (85), and Anderson could cause some problems for Diego Schwartzman.

Diego Schwartzman breezes through into round two

The furthest Schwartzman has ever reached at the US Open is the quarter-finals. But if he can chip into the Anderson serve, he will fancy his chances of breaking him down in the baseline rallies. The diminutive Argentine had few problems in his first round win over Ricardas Berankis.

Although it took Schwartzman over two hours to prevail, he did so in straight sets — 7-5, 6-3, 6-3 — and the 29-year-old has plenty of weapons in his armoury. He likes to mix it up with his slice and he will look to push Anderson into the corners.

Schwartzman can also get some real kick on his serve, and against Berankis, he won 82% of his first-serve points, and made just 31 unforced errors. Schwartzman is certainly the pick of the second round tie, and it has all the ingredients to be a classic!

Cori Gauff displays battling powers as she reaches second round

Cori Gauff has enjoyed a meteoric rise over the past 18 months or so, but she’s a player you just can’t take your eyes off. She has shown maturity beyond her years, and she has been tipped to reach the top. Up next for her will be the 2017 US Open champion Sloane Stephens, who will present a stiff challenge.

Although Stephens needed over two hours to eke past Madison Keys in a rematch of the 2017 US Open final, she feels at home on hard. Gauff, meanwhile, had to come from a set down against Magda Linette, but she glides around the court well, and it will be a fascinating contrast of styles.

See our US Open odds