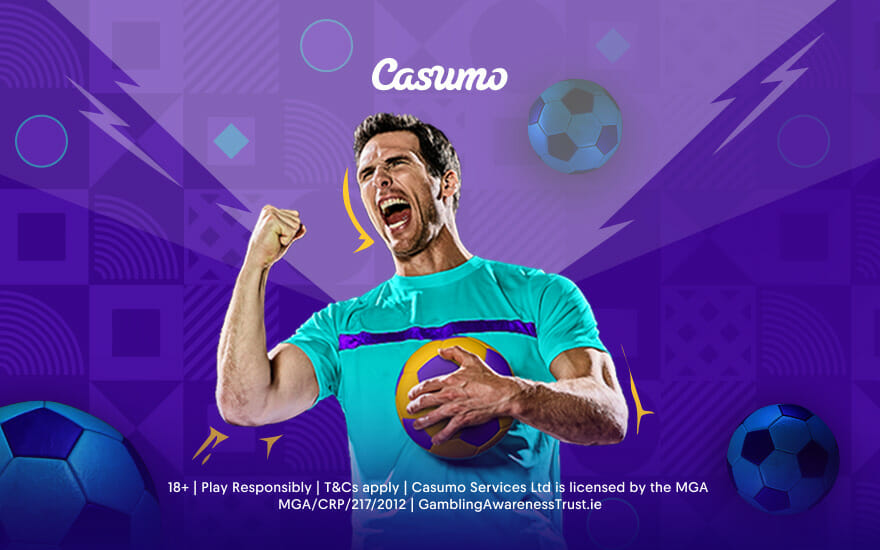 The 2022 FIFA World Cup is upon us. Hosts Qatar take on Ecuador on Sunday 20th November, kicking off one of the most talked about editions in the competition’s history.

Due to the World Cup being held in the Middle Eastern country, this will be the first ever tournament to take place outside the summer months. Major leagues across Europe and around the world have paused their regular season as the best players on the planet go for glory on the international stage.

But who will be victorious and hold the famous trophy aloft on December 18th? Let’s take a look at some of the runners and riders – and who you could cheer home with the Casumo sportsbook.

Who will win the World Cup?

Brazil head the betting and it’s no surprise looking at their array of attacking talent. Captained by Neymar, supported by Real Madrid’s Vinicius Jr, while boasting Premier League stars such as Richarlison, Gabriel Jesus and Antony of Manchester United, the Selecao are certainly equipped to go all the way.

The silky South Americans have won the World Cup more than any other nation, lifting the trophy five times, with four of those coming in editions outside of Europe. However, it’s been 20 years since the last of those when the legendary Ronaldo inspired them to go all the way.

Next on the bookies’ list come Argentina and France. For the former, all eyes are on one man – Lionel Messi. Arguably the greatest footballer ever to have graced the game has one last shot at adding a World Cup to his lengthy honours list.

The Albicelestes enter the tournament unbeaten in 35 games and are the reigning Copa America champions. With Messi rediscovering his best form at PSG this season, it’s impossible to count them out – especially in Group C where they are favourites to finish above Mexico, Poland and Saudi Arabia.

France are the current World Cup holders and perhaps have the best squad in the whole tournament, including Real Madrid star and Ballon D’Or winner Karim Benzema. European teams have won the last four editions of the World Cup – meaning the pressure is on Brazil and Argentina to break the European stranglehold.

And that leaves one more in the running according to the bookmakers, and that’s England. Semi-Finalists in 2018 and runners-up in the European Championships last year, can Gareth Southgate and his Three Lions go one step further?

With captain and record goalscorer Harry Kane leading the line and a squad crammed with quality, there’s an outside chance that football’s coming home.

Players to look out for at the World Cup

So they’re four of the teams expected to go all the way. But which players can inspire their nation to glory? We’ve mentioned Messi, Neymar, Benzema and Kane, all of whom are expected to score the goals and be in the running for both the Top Scorer and Player of the Tournament honours – two of many outright markets available on Casumo sportsbook.

Kevin de Bruyne can make a strong claim to be the best player in the Premier League, and he will need to be at his peak if Belgium are going to go the distance. The Red Devils are rated number 2 in the world and if they can live up to that billing, De Bruyne is the likely inspiration behind it.

And can you ever write off Cristiano Ronaldo? The Manchester United striker and greatest goalscorer of his generation will be hoping to add more to his tally and bring another international trophy to Portugal. However, he can’t do it all himself these days – and maybe his Man Utd teammate Bruno Fernandes or city rival Bernardo Silva could have an outside chance at the Golden Ball, awarded to the Player of the Tournament.

We’ll have to wait and see what happens, but excitement is building. We’ve got outright odds, pre-match prices and in-play action all tournament long — so be sure to check out the Casumo sportsbook for all your World Cup betting needs.

Have you kicked off your Casumo journey yet? If you want to be part of the squad, sign up for an account.